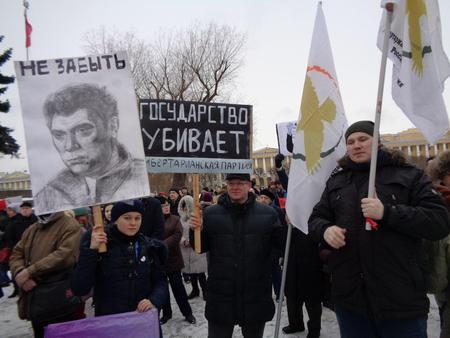 The Libertarian Party of Russia has joined the international movement of dedicated libertarians calling for the freedom of jailed activists.  Ubaldo Herrera Hernandez and Manuel Velazquez Visea were arrested February 2, 2017 by State Security.  The Cuban libertarians are interned at the prison Melena II, part of Cuba's Gulag-style labor prison system.  The Libertarian Party of Russia published the following statement:

It has come to our attention that human rights situation in Cuba has just made a turn for the worse. Ubaldo Herrera Hernandez, a human rights activist in Cuba and a member of the Mises Institute Cuba, and Manuel Velazquez Visea, a Cuban libertarian activist, who were arrested by the regime on February 2nd, are incarcerated in Cuba's most infamous Melena II prison. Various human rights groups compare conditions in this prison to Soviet Gulag. Activists are charged with "attempted assault" although there is little doubt they are being targeted for dissident activities and promoting ideas of liberty.

LP Nevada is honored and humbled that the Libertarian Party of Russia, of Spain, and of multiple states would stand with us in fighting on behalf of our oppressed libertarian brothers.  Libertarians aren't trying to send the Marines to Havana, but simply to call international attention to an abuse that's hurtful and wrong in countless ways.

There is something YOU as an individual can do to help!  You can directly contact Cuba's Ministry of Foreign Relations on Facebook and Twitter and demand the release of Ubaldo Herrera Hernandez and Manuel Velazquez Visea.  You can also lobby your regional representative on the LNC (actually, ALL members of the LNC) to vote YES on the U.S. LP's resolution calling on Cuba's government for their release.  Finally, you can share this news with as many people as you know, especially those on the Right who love to hate Communism; this is their chance to back up talk with action and do something, and from the safety of their own homes!

Never give in to evil, but proceed ever boldly against it.  This is the time for everyone who loves liberty to proceed boldly.

Also, see where LP Russia stands on the ongoing war in Ukraine