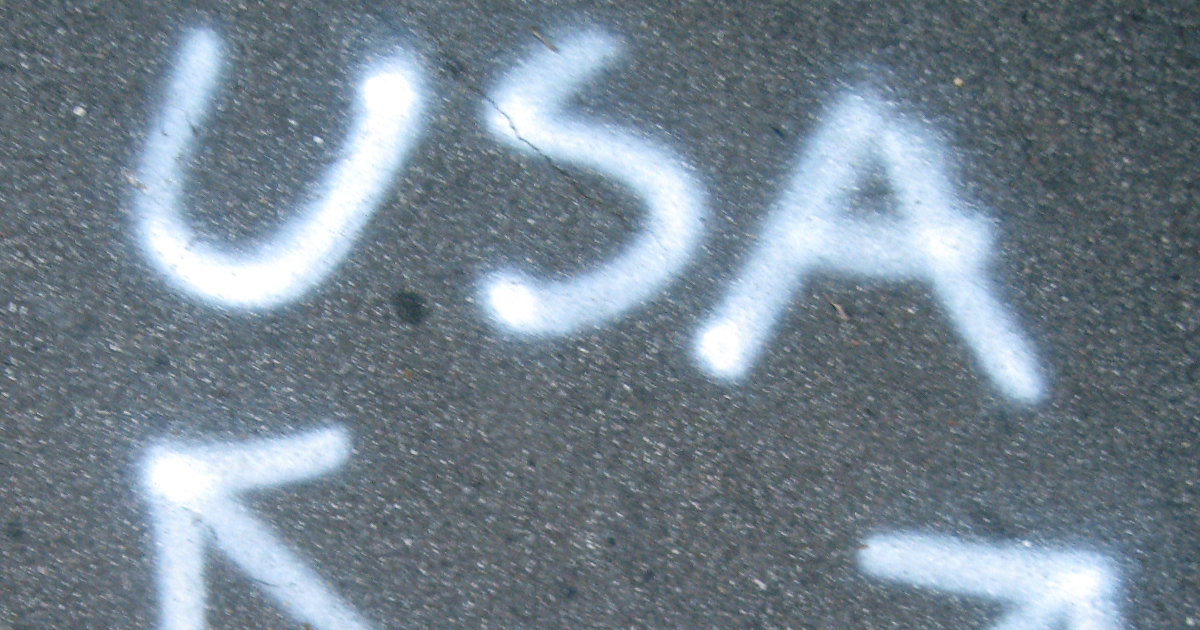 Is our country broken? I’m not asking if it has some problems that need to be worked on. I’m asking if it is truly “broken”. Like it needs a complete overhaul to get it right again.

We have one candidate saying he can make our nation great again. I’m sorry, but I believe it’s already great. Name me a country that’s better. If you’re able to answer that with a straight face then I ask…why don’t you live there? Probably because as much as you like something about that country, this one is working for you. If it wasn’t, you’d move your baggage.

We have another candidate saying the system is broken and corrupt. And he’s going to right that ship. He’s going to give all the money back to the poor and unfortunate. He’s going to make it illegal to use money to influence elected officials with power? I’m not even sure what it is he’s saying he will do to fix it, but he’s certain it’s broken.

I see a generation infatuated with the word “Bully”. When I was a kid we had bullies. They thought they were tough. And one day they bullied the wrong person and got their butt whooped. And everyone grew up and went to college or to work and became productive members of society. But today the entire nation has become bullies. We are bullying the government by screaming how mad we are at them for doing their jobs.

What are their jobs? If I live in Nevada and I elect a representative to go to Washington to work for my needs, what am I expecting? I expect him to fight for federal dollars to bring back to my state, right? Bring the money in to create jobs and security within my state. I could care less about the representative of Utah getting federal monies for Utah, right? But wait… I have friends in Utah that probably could benefit from some of that money. So is money the problem? It’s an easy scapegoat. It does create tension in the system. When campaign donations are made it creates influence too. Is that bad?

We all want our representative to represent our own needs. It seems to be human nature. There are a handful of people who don’t fall into that description but those folks had to work at overcoming the natural tendency to want. When something is taken away we tend to want it more. Children learn this at an early age. By nature a child tends to be more giving. But over time as they see things taken away, they want it more. They learn to want. Everyone wants something they don’t have. It’s why we get up and go to work in the morning.

I would argue that influence is most powerful when Party A has something Party B wants. Party A now has power over Party B. Power comes from influence. Everyone knows that but somehow becomes enraged when the power is exercised in Washington. That enragement turns into Bullying because we want to have the power, yet we don’t have the influence… we don’t have what Party B desires.

One of the candidates wants to remove the power that the influencers have. That would be like pulling the sore tooth from the abdominal snowman. It was a cute cartoon. Everyone was happy in the end.

Another candidate says he can’t be influenced because he has everything he wants already. Really? What is the purpose of getting up, putting a tie on and going to work every day if you already have everything you could possibly want? He also seems to believe he has the power of influence because he can negotiate a deal. Well… that may be in his career. But as a leader of a nation he has to have something someone else wants in order to make that deal. What is he planning to give away in exchange for ‘the deal’? Deals don’t get made in Washington without some sort of exchange. Congress doesn’t work for the President so he can’t just fire them.

I really don’t want to find out if my gut is right about this, but my suspicion is this particular bully is going to try bullying his way through the capital and at some point he’s going to bully the wrong guy and get his butt whooped just like every bully I remember from my adolescent days.

My prediction: If you know me well, you know I’m full of predictions. I tend to be right just about half the time. The same odds everyone gets. My prediction is based on the problem I perceive. My perception is my reality. Don’t get mad at me if my reality differs from yours. It’s what makes our society great. We are all different in some way. We tend to be attracted to what we don’t have… which is our differences. My best friend in the world does not do the same things in his spare time that I do when I have spare time. My wife does not look or act like I do. I cherish the difference we all have. That brings value into my life. So if we disagree about my prediction please realize that difference of opinion is one of the reasons why I chose you as a friend.

My prediction: We have a two party system. It’s cute that there’s a handful of parties trying to break it down, but the two parties continue to hold power over us. Most people relate to either being a Republican or a Democrat. The folks who are sick of their party switch to being independent, but they are rooted in whichever party they got sick of. Myself… I’m a registered Republican because I thought that party shared my values and beliefs that free markets tend to work better in a capitalistic society. I get that the free markets need some rules of behavior to work efficiently… to take power away from criminals. But the freer we can make them, the more efficient they become for society as a whole.

The problem we have is that the folks I see in the Republican ‘establishment’ (I really hate that word) don’t understand what the word “republican” means. It’s the party (R), not the process (r). (I use a capital R to denote the proper noun and a small case r to denote the non-proper noun… for those that don’t catch subtlety). We were constitutionally guaranteed a republican form of government by our founding fathers. That republican form of government was solidified by a democratic process. And two parties stole those phrases and now use them as titles as though it somehow identifies who the voters are.

That would be a neat system in a static society. But we live in a dynamic society. Why do you think the tradition has always been that younger people tend to believe in Democratic values and the older they get the more likely they are to switch to Republican values? (See how I used capital letters again… that means I’m talking about the parties, not the words’ meanings) We change. Our needs change. When we are young and free with little responsibility we don’t have a lot of needs or wants or ambitions. We allow our parents to guide us through the maze… go to college or go to work. Get an apartment that we can move out of quickly if we decide to change course. As we age we fall in love… build a family… buy a house… take roots in a community. Now we have more needs and a desire to provide for our family… and prepare to send our children to school. Now the people who control the careers, the people who have money, the people who have what we don’t have, suddenly have power over us. We want power and the only thing left that they can’t take from us is our vote. And that is the definition of republican.

And that is what makes our country great. And that is why I believe the system is not broken. We just need to get back to voters controlling our government. And in that process we have to understand that we all have different goals, objectives and needs. Not everyone is going to get what they want. 49% of us will be upset with the results no matter what. How to get what you want? Become involved in the political process. Go to town hall meetings and talk with your community members about what’s important to you. Get enough of them to agree and you might get your way. But be prepared for someone else to talk you out if it too if it doesn’t fit their needs. If I’m bald and you’re not… only half of us needs a barber.

My prediction: The two big parties are burning up all our time and energy right now in the Primaries process. There’s a lot of frustrated voters attending a lot of political events. There are protesters at these events and the media loves them. As if to say to the viewers… look how pissed off America is right now. But the primaries will end. Likelihood is my candidate will not be in the race once the primaries are over. If history repeats itself we will have either a Republican or a Democrat president elected in November. And nothing in Washington will change. But… once the primaries are over we can begin the discussion of who could actually change things in Washington by giving the people of this great country their power back. Wait… how can they give us something we already have? It’s guaranteed in the Constitution. WE hold the power. Not the lobbyist. Lobbyists have influence during the term the representative is in office, but WE hold the power. If the representative allows others to influence him to do something that you don’t approve of, vote him out. The system works and we don’t need either of those two political parties telling us who to vote for or what to do with our power. When the representative listens to the party or answers to the party, we no longer have a republican form of government. Why do we keep voting for one of those two parties?

I’m not writing this to advocate for Independents or Libertarians or any of the other parties. I hear folks all the time (and I’m guilty of it too) say that voting for any of those ‘other’ parties is throwing away my vote. The smaller parties get some candidates into Congress, but not into the Oval Office. But it’s growing locally. The movement needs to gain traction. We the People need to take back control. But not from the representatives we elect. We need to take back control from the parties that try to steal our power and influence.

It’s not broken, folks. It doesn’t need to be fixed. You just need to vote for the guy that represents your needs. And if he loses, sit back and relax. Call the representative that did get elected and talk about your needs. Write him a letter. Email him. Get the word out on how you feel. And relax. You live in USofA. Isn’t it great?

This post was contributed by Nate Clark, President/CEO of Career College of Northern Nevada, at his request. It does not necessarily reflect the views and opinions of the Libertarian Party of Nevada. Decisions decisions by torbakhopper is licensed CC BY 2.0.