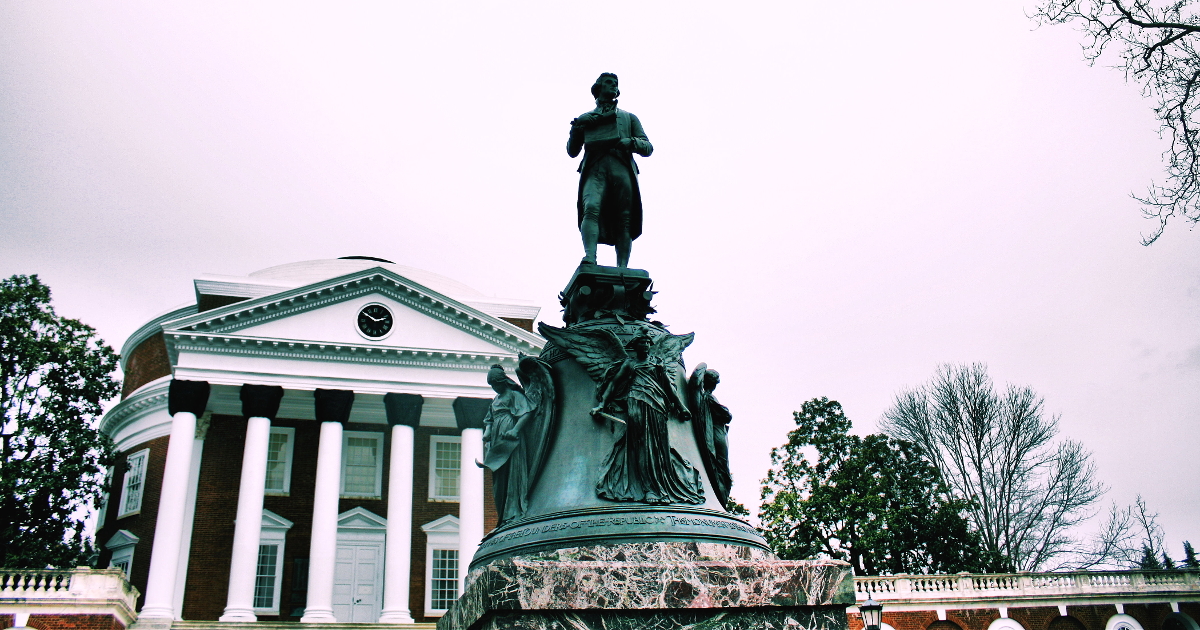 Roughly a week ago, several white supremacists and members of the Alt-Right organized and attended the “Unite the Right” protest in Charlottesville. Three people were killed and several were injured by these protesters, who felt that a participation trophy erected by the grand-descendants of the losers of a war to defend the institution of slavery was worth assaulting and murdering for. During this event, the protestors started a “Blood and Soil” chant, which certain so-called “Libertarians” swear is not, in fact, a Nazi slogan and it’s “emotional hypochondria” to think it is.

Since then, thanks to Internet Service Providers not being treated like common carriers and thanks to Net Neutrality not being the law of the land, several service providers (including GoDaddy, Google, and GoFundMe) were able to exercise their freedom of association to refuse to do business with the Daily Stormer, a particularly noxious white supremacist site. The Chairman and Vice-Chairman of the Libertarian Party, meanwhile, exercised their freedom of speech to criticize self-identified “Libertarians” that sugarcoat their white supremacist dogma in small government advocacy (or is it the other way around?). Users of Twitter exercised their freedom of speech and freedom of association to name and shame protesters. The University of Nevada, Reno, meanwhile, remembered that, as a public university, it’s bound by constitutional limitations against punishing students and employees for their speech, and exercised its freedom of speech to make it plain that, while nobody in the administration agrees with the sentiments expressed by the protestors in Charlottesville, it can’t fire or expel anyone for expressing those sentiments.

Speaking personally, I have little use for self-identified “Libertarians” that think the side defending the institution of chattel slavery should have won the Civil War, and even less use for their opinions regarding our Party leadership. I do, however, have tremendous use for freedom and for voluntary action. While President Trump spun in rhetorical circles to condemn the violence instigated by the protest without actually blaming his base - the protesters themselves - everyone else exercised their fundamental freedoms through voluntary actions to ensure that justice was served and the people responsible for spreading a message of collectivism and hate were swiftly punished. While some call for hate speech laws that would unwittingly empower a Trump-led national government to decide what is hate speech and what is not - the same Trump-led national government that blamed “many sides” for the violence in Charlottesville - others were the change they wanted to see and sidestepped the government entirely. While UNR was hamstrung by necessary limitations on government power and action, a protester “resigned” from his job at a hot dog stand.

When the government stays out of the way, we have the freedom to bring those that hold noxious views to account without inadvertently empowering those very same people if they gain control over the government. A lone vigilante in a Dodge is terrifying, but not nearly as terrifying as a government led by and for the benefit of white supremacists with the full power and authority of the state behind them. Only through freedom and liberty can we protect ourselves and those that are incapable of protecting themselves.

University of Virginia by Phil Roeder is licensed CC BY 2.0.