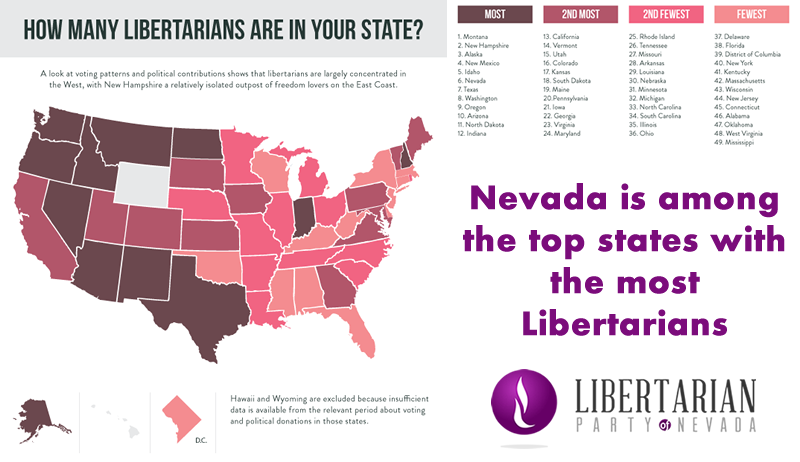 (Click on the image to view a larger image)

According to a Reason Magazine, Nevada is one of the states that has a lot of Libertarians. We are really glad that our hard work has been paying off and that a lot of Nevadans are going Libertarian.

Here is the criteria they used:

“To see which states have the most libertarians, I use six measures: Libertarian Party presidential vote share in 2008 and 2012, Ron Paul contributions as a share of personal income in 2007-8, Ron Paul and Gary Johnson contributions as a share of income in 2011-12, and “adjusted” Ron Paul primary vote share in 2008 and 2012. Ron Paul vote shares are adjusted for primary vs. caucus, calendar, number of other candidates, and the like.”

Make sure you Register to Vote as a Libertarian and Join our party!

Here is a link to the original article: https://reason.com/blog/2015/06/26/this-map-shows-how-many-libertarians-are