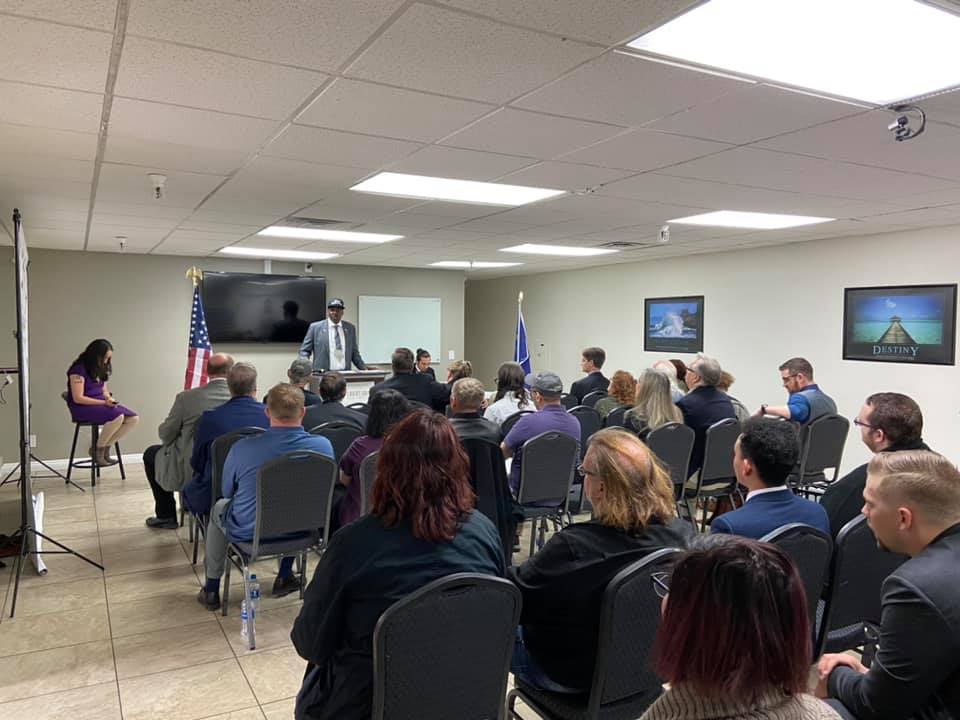 The Libertarian Party of Nevada held its 2020 state convention on February 29 at the Beacon Center in Las Vegas. Dozens of members from around the Battle Born state attended to cast their votes for Nevada's delegates to the Libertarian National Convention, nominate our party's candidates for public office, and find out the winner of the presidential straw poll.

Several speakers came from out of state to promote their candidacies or be surrogates. Presidential candidate John Monds spoke for his candidacy, followed by Chris Thrasher who stumped for Governor Lincoln Chafee. LNC Secretary Caryn Ann Harlos asked for our support for reelection at the national convention. Richard Longstreth, Region 1 Representative on the LNC, is running for LNC ViceChair. Nevada's own Tim Hagan spoke on behalf of Joe Bishop-Henchman for LNC Chair, and Las Vegas local Andrew Jordan Lea stumped for Mike Shipley for LNC Chair.

2020 isn't an election year for state party office, so business moved to nominating candidates for public office. LP Nevada favorite, Robert Strawder the "Vegas Don" will be on the ballot as a Libertarian running in Congressional District 1 against Dena Titus (D). (You can get Strawder's book Hip Hop Meets Politics: From on the Run to Running for Congress at the Kindle Bookstore.) 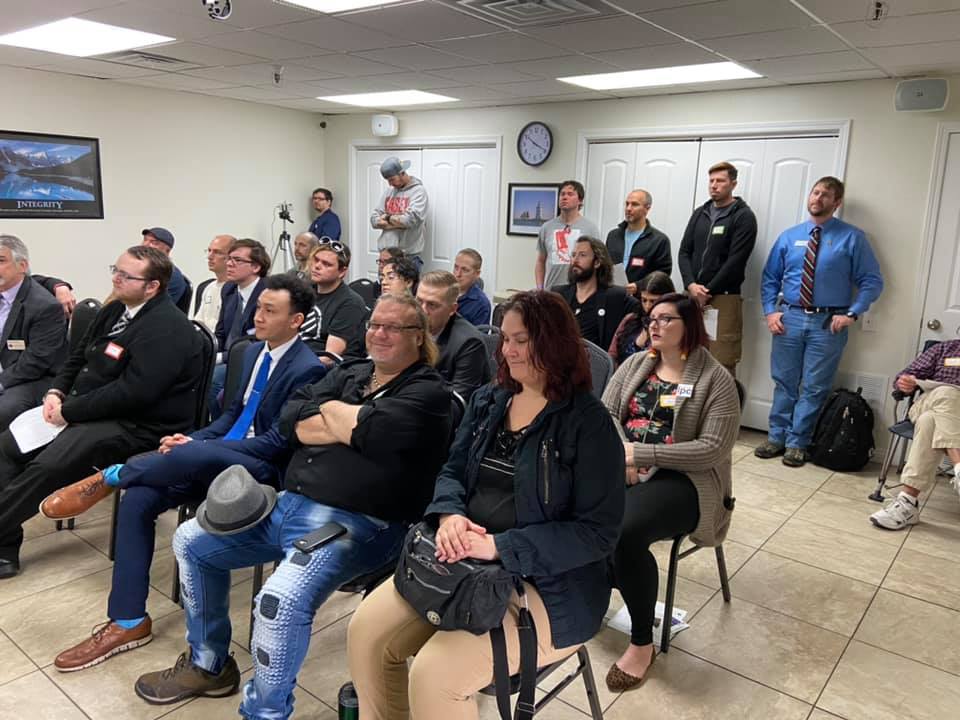 There were new faces present at this year's state convention and several amendments were proposed, including one to lower annual membership dues, but the amendments were voted down by the state party members.

13 delegates were elected to represent Nevada at the national convention, including Assembly candidate Bruce Newman. These delegates voted in two straw polls, one for LNC Chair preference and the other for presidential candidate preference. Joe Bishop-Henchman decidedly won the Chair straw poll with 13 votes.

John Monds narrowly won the presidential straw poll with 6 delegates, while 5 delegates voted NOTA/uncommitted (which has long been a valid choice in Nevada elections, public and private), and Jo Jorgensen came in third place with 2 delegates. 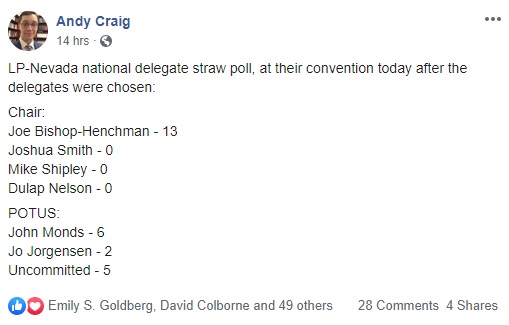 An important disclaimer for the reader: Unlike some other states where national delegates are decided by presidential primaries, Nevada's delegates are uncommitted and their vote at the state convention may not be how they vote in the first round at the national convention.

For those who are interested, there are videos available of the Libertarian presidential debates in Georgia and California. Special thanks to LP Georgia and GI Mary Jane for the debate videos!