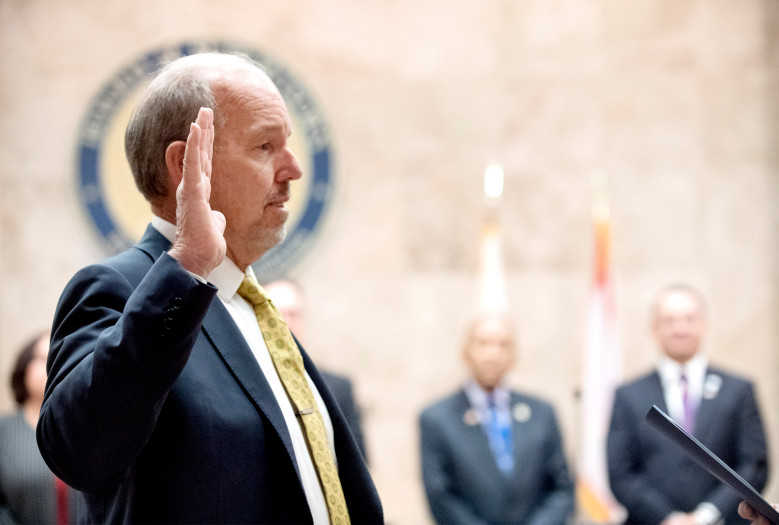 The Hanford Sentinel gave a shout-out to the Libertarian Party's volunteer efforts to clean up unstaffed national parks during the federal government shutdown. Kalish Morrow, chair of Libertarian Party of Kings County, said that "since the government shutdown began on Dec. 22, some Libertarian groups around the nation that have volunteered to help pitch in with cleaning up, such as around the National Mall in Washington, D.C., and Lake Mead in Nevada." (Kryssi Wichers and the LP Ohio crew were covered by ABC 6 Columbus for cleaning up Hopewell National Park.)

Ford Fischer has done an excellent job of covering the LP's demonstration of personal responsibility to posterity in saving America's national treasures without the Feds around. His journalism is commendable.

LP Nevada's own Communications Director Sam Toll was quoted in a recent Leafly article on Nevada's cannabis tax policy. "Nevada doesn’t have a revenue problem. It has a spending problem. Nevada is fighting for last place in the nation for educational scoring. Throwing more money at the problem isn’t necessarily the solution.”

Jeff Hewitt was sworn in as a Supervisor of Riverside County in a historic election victory for the LP. LNC Chairman Nicholas Sarwark, a licensed attorney and a personal friend, made the journey to Riverside to swear Hewitt in.

2020 Libertarian presidential candidate Adam Kokesh was recently arrested in New Orleans for the high crime of not showing his ID when a police officer accosted Kokesh while he was giving away free copies of his book FREEDOM. He was eventually released and all charges dropped after an annoying phone calling campaing from Kokesh supporters around the country to the jailhouse.

Last but not least, LP Nevada's own Robert "Vegas Don" Strawder just released his latest music video for the song "Getn'It" from the soundtrack of his indy film, Checkmate: The Movie. You can check out the music video on YouTube.