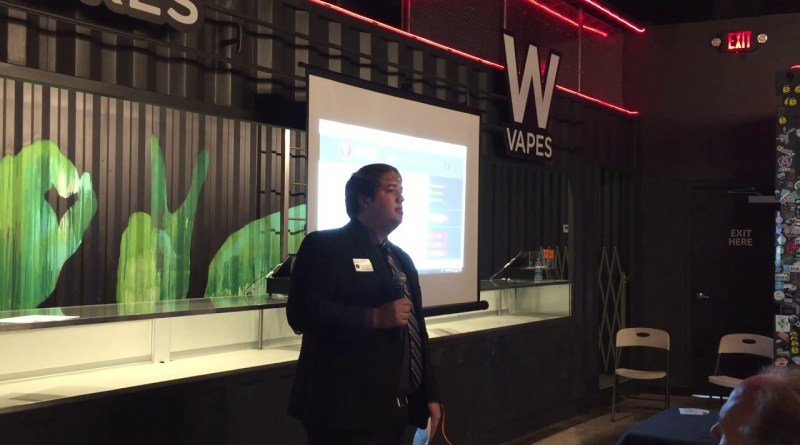 The midterm general election was already over two weeks ago, but Libertarians and the Libertarian Party have been making the news across the country! From Washington DC to Montana to sunny Las Vegas, people are either applauding us or blaming us for their embarrassing losses.

LP Nevada's own David Colborne published an excellent op-ed in the Nevada Independent about LP Nevada's immediate and future plans. It's also worth noting that "...the Republican Party may become even more irrelevant in Nevada than it is in California," Colborne writes. "So what’s a Libertarian to do? Celebrate, of course. That’s right — celebrate." Every Republican loss is an opportunity for Libertarians to succeed and advance. The Democrats will likely raise taxes, but so what? The Democrats don't kick the LP off the ballot like the Republicans did in Arizona. Besides, Nevada Republicans are already responsible for the biggest tax increase in the history of the state, so the Democrats will have to work hard to be worse.

On exactly that topic, Daniel McCarthy wrote a spot-on editorial in Spectator USA called "Don't blame Libertarians or Greens when your party loses". McCarthy gets a lot of things right, but there's one nail he hit on the head that's worth quoting: "Green Party voters are Greens because they are not Democrats, just as Libertarians are not Republicans. A third-party vote is a way of registering disapproval toward both major parties, but especially the party that might in theory be second-closest to the voter." If that doesn't immediately make sense to you, please reread the previous two paragraphs.

Marijuana and Business published a blurb about LP Nevada's own Executive Director Alex DiBenedetto speaking at the October NORML meeting (see the photo above). They also uploaded the video of Alex's remarks. What a great way to represent the LP to the cannabis industry!

The online magazine Metro Weekly just today published an article about Ethan and Joe Bishop-Henchman, the Libertarian gay couple who outperformed the top-performing Republican in DC's elections. Yes, you read that correctly. In the District of Columbia, the Libertarian candidates got more votes than the top Republican. “We think an all-gay slate running for office in our nation’s capital is unprecedented,” said Libertarian National Committee Chair Nicholas Sarwark. “When it comes to respecting the rights of all the people, all the time, we put our money where our mouth is.”

In Montana, a cranky Republican's letter to the editor of the Billings Gazette blames the Libertarian candidate from "stealing" votes from the Republican Matt Rosendale and thus making the Democrat win. Because I love a good laugh, let's look at the numbers. Rosendale lost his Senate election by just over 15,000 votes. The Libertarian candidate, who will not be named because he disgraced his party by endorsing the Republican, drew just under 14,000 votes. That leaves over 1,000 voters who rejected all three candidates to write in other names. This is proof that the LP needs more private schools and homeschooling programs; that angry Republican obviously learned math in public school.

Finally, another angry Republican in a letter to the Topeka Capital Journal accused Libertarians of refusing to compromise. His analysis and boogeyman story about the Koch brothers misses... reality, but it's still fun to read. In 2018, a Republican administration dropped a historic number of bombs on Afghanistan, the Republican-majority Congress failed to abolish ObamaCare or balance the budget but did ensure that the US will continue bombing Yemen and helping Saudi troops. And let's not forget the child prisons or the military deployment to the border...

Well, that angry Kansas Republican is absolutely right. Why the hell would Libertarians ever compromise with these horrors?

Image courtesy of Marijuana and Business