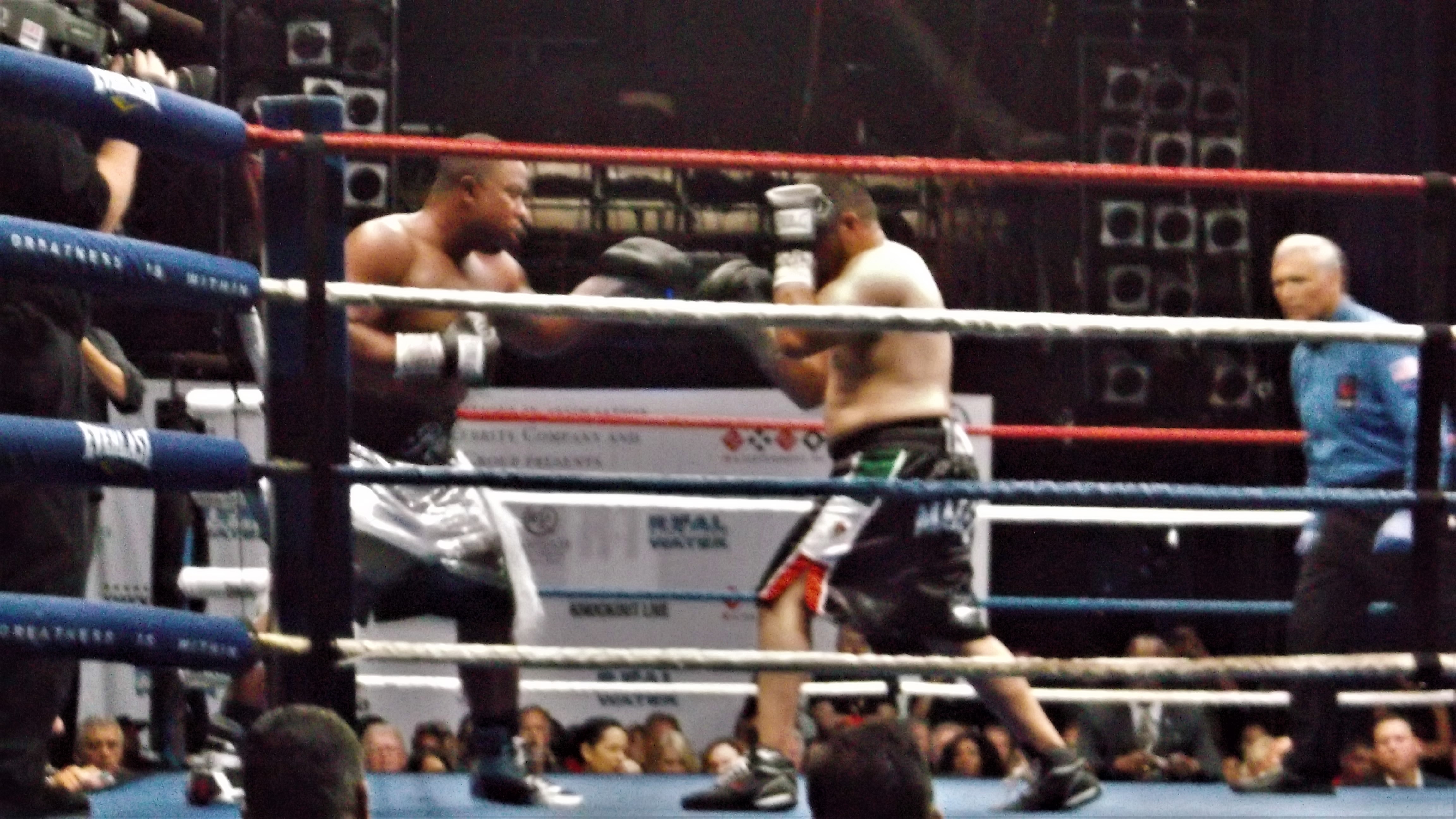 Ron 'The American Dream' Johnson made a spectacular comeback in Las Vegas last Friday. Johnson won a well-earned victory after an 8-round match at the Westgate International Theater, sharing the ticket with another fight featuring Hector Camacho Jr. The light-heavyweight world champion boxer Ron 'American Dream' Johnson is a Las Vegas local favorite and also a proud Libertarian!

The fight was close and the cheering audience members were at the edge of their seats the whole time. The challenger, Sergio Ramirez, a very talented up-and-comer from Tijuana with 14 wins to 3 losses, had a very strong offense. Everyone could see quickly that he was good at moving forward, taking ground, and throwing a barrage of punches to the head and side torso.

Ron Johnson balanced that playing field with his own unique advantages. Where Ramirez was a fast hitter, Ron countered that with endurance. He simply maintained a good pace until his opponent ran out of steam. Where the Baja Californian could throw some fast punches, Johnson visibly has more muscle mass and can hit harder, ending Ramirez's barrage. Ramirez was hitting fast but American Dream was hitting last with blows that caused the challenger to jump back and have to advance all over again and with his head spinning from the counter-punches.  Best of all was Johnson's solid defense, which avoided most of Ramirez's punches and caused the challenger to burn a lot of energy.

Ron Johnson is an accomplished athlete who comes from humble circumstances and rose to heights he never would have imagined. He started off in the rough parts of Cleveland and today is a world champion and Las Vegas' local favorite boxer. Today, Ron spends his free time between his beautiful family, his business, and his nonprofit work. The Celebrity Company gets eager fans and party hosts set up with celebrity appearances. Put Down the Guns, Pick Up the Gloves targets at-risk urban youth for a positive intervention that uses boxing and athletics to take boys away from drugs and gangs.

"If you wanna be the best at something, you need to surround yourself with the best," says Jason Lundgren, Ron Johnson's site coordinator in the Celebrity Company. "The people you keep around you are the reputation you earn. If you're surrounded by trouble makers, you're gonna get into trouble. If you surround yourself with people who believe in you and help you succeed, then you can see the results for yourself."