2016 National Convention: My Most Eye-Opening Experience in Politics 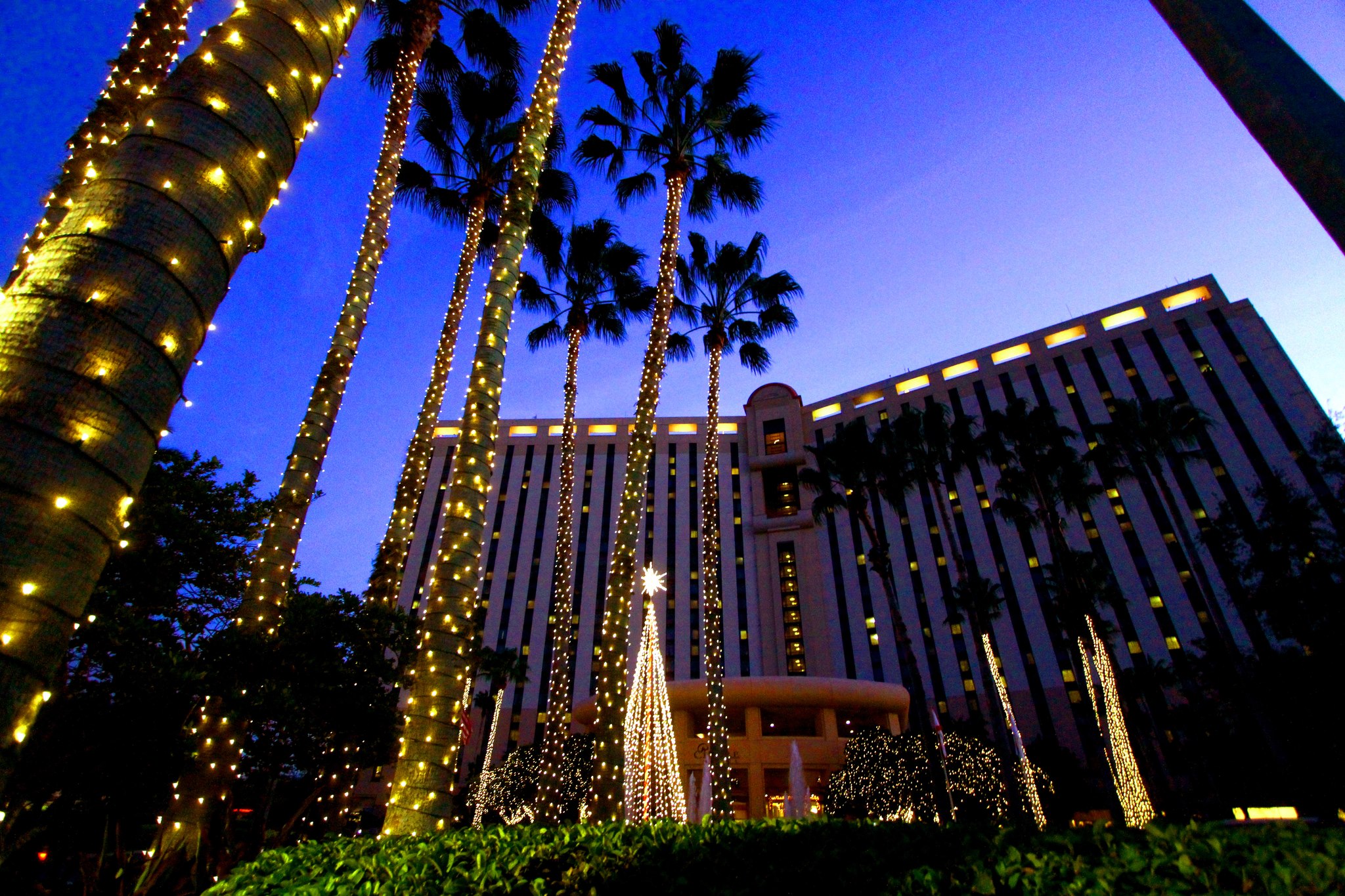 I’ve been a political activist for eleven years.  I volunteered for my Congressman and saw him on a regular basis as a teen.  I worked within the Ron Paul 2012 campaign and canvassed for the Iowa Caucuses.  I’ve been to multiple state conventions since I joined the Libertarian Party in 2014.  None of those experiences was as eye-opening and educational as the 2016 Libertarian National Convention.

It was one hell of an experience but I’m honestly glad it’s over.  I was constantly being pressured to vote for one of the top three candidates, which was awkward as hell because I like and respect all three of them.  I’d also made no secret about supporting Kevin McCormick on the first ballot, and I was disappointed that he got only a fraction of the delegate votes that went to Daryl Perry and Dr. Mark Feldman.  I have nothing against those gentlemen, but I truly think McCormick had the best message.

I’m slightly relieved that Gary Johnson won the nomination, though I’m also glad the convention had to go to a second ballot.  It showed the good Governor that enough movers and shakers within the Party were displeased with his campaign, and that he would have to earn their confidence.

Though I have infinite respect and admiration for McAfee and Petersen, I also understand that the only way the Libertarian Party will make it into the prime time debates and the televised polls is by having an “electable” candidate on the ballot.  Appealing to principled Libertarians alone will never get us there.  The Party must find a balance between pandering to “normal people”—the vast majority of the electorate—and maintaining our libertarian soul.

I lost some of you right there; if that’s the case, let’s agree to disagree and end this talk as friends. 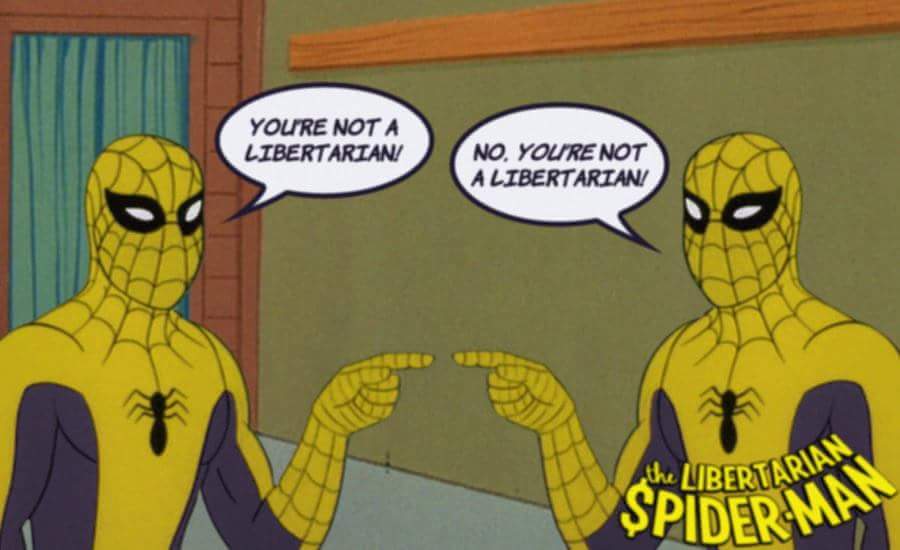 I didn’t appreciate Daryl Perry’s speech about the Party being destined to fail if we “take a welfare check from the government.”  We need that 5% of the popular vote and we need those federal election funds for a crucial boost to help even the playing field against the two parties, which will spend billions.  A few million well-spent dollars can go a long way for “guerrilla” politics.  Mr. Perry’s comment got a huge applause, so it’s obviously a popular opinion for a not-so-small minority within the Party.

These folks clearly haven’t paid much attention to the professionals throughout history who know how to win: Sun Tzu, Julius Caesar, Machiavelli, Mao Zedong, and Saul Alinsky.  Regardless of their statism, these men knew how to win.  They understood what a benefit and a blessing it is for us that our enemy (the State) would fund its own eventual defeat by funding the Libertarian Party.

My top choice for Vice President was Larry Sharpe, for no small part that the man is ridiculously intelligent and articulate.  As an effective communicator, a combat veteran, and a black Libertarian and self-described “city boy” from New York, the man is a unicorn and I believed he’d boost Johnson more than he would have busted his chops.  This vote went to a second ballot too, ending with William Weld becoming Gary Johnson’s running mate by just a few percent.

I’ll give credit where credit is due as far as what Weld brings to the table; with two governors on the ticket, the American voter can no longer say the Libertarian Party candidates are unelectable.  That combo will help our Party’s candidates kick ass down ticket, especially at the county and state levels.  That in itself is a greater victory than we could have hoped to achieve in 2012 when most of us were still hiding in the Republican closet.

I had an epiphany that weekend while reading Clotaire Rapaille’s The Culture Code, a psychology book on archetypes that subconsciously motivate the buying decisions of consumers.  The author was hired by multiple presidential campaigns to find out what deep psychological archetypes compulsively motivate voters.  Not surprisingly, the American culture code for the President is “Moses.”  The people want to be rescued by a divinely appointed leader.  This is literally the essence of statism. 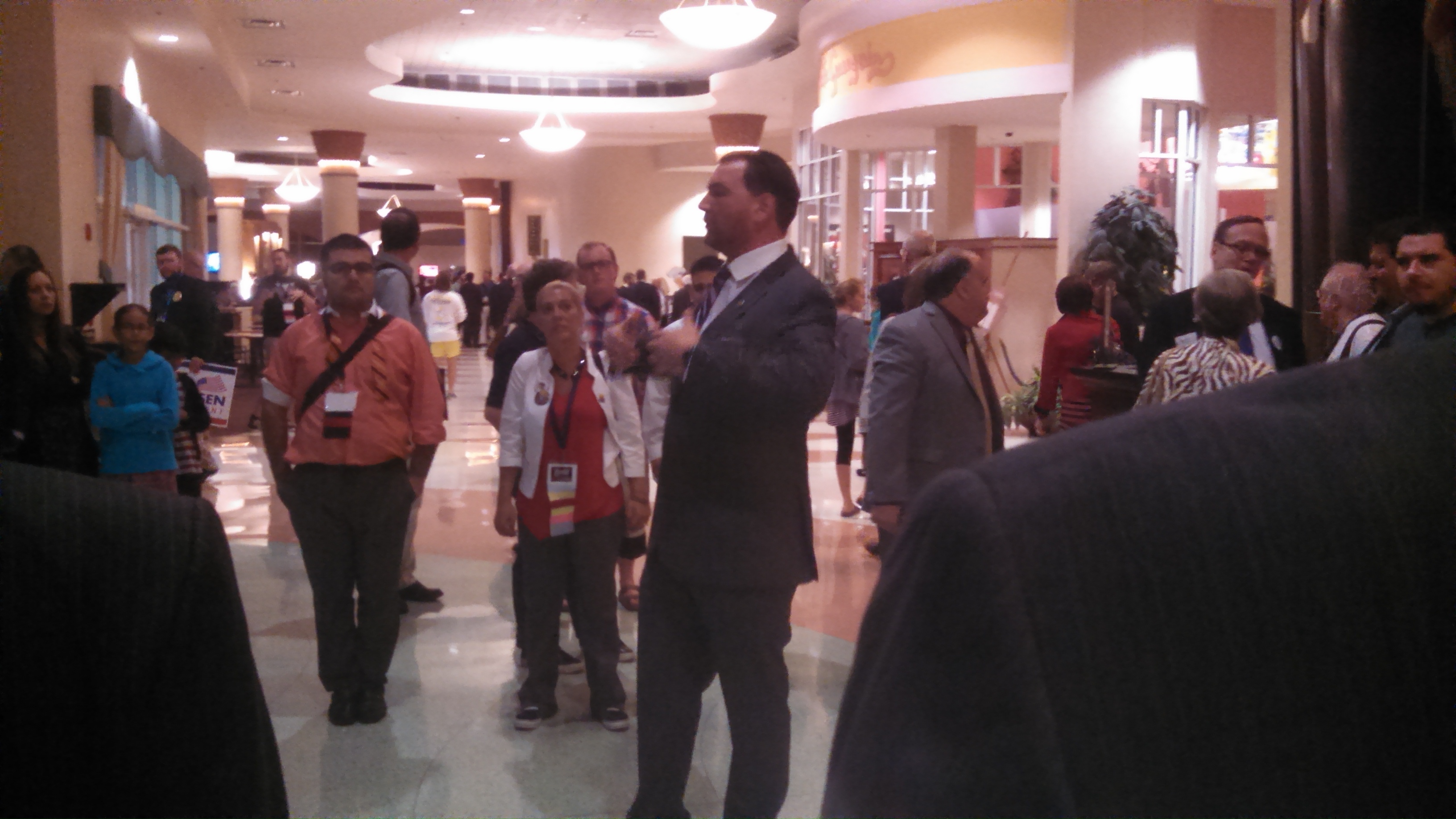 The epiphany came to me as I read that passage, since two things had occurred that day.  First, I witnessed untold nastiness hostility in popular attitudes toward Governor Johnson.  Gary Johnson fits the American culture code archetype of Moses; he can get the LP to 5% just by not being Hillary Clinton and Donald Trump.  Yet people were literally saying the most repulsive, wicked comments about him as a human being.  Second, a startling majority of delegates reelected Nick Sarwarck as LNC chair over Brett Pojunis, even though Pojunis is a far better fit for “Moses” than Sarwarck could ever be.  Those two events rang through my mind like a bell as I read the passage in the book.

I realized that approximately half the active members in the Libertarian Party simply don’t want to win.  They want to be right!  While I’m relieved that Pojunis at least came in second place, I was truly baffled at how so many Party members had fetishized parliamentary procedure and the ability to run meetings.  For starters, Brett is great at running meetings, and the meetings he runs flow more smoothly and free of conflict that ANY local or statewide LP meeting I’ve ever attended elsewhere.  Second, the LNC only meets twice a year!  What about the other 98% of the time?

Membership and donations for the national party had literally gone down significantly, yet people were absolutely enamored with the chairman’s calm voice and his fluency with parliamentary procedure.  Obviously the market has spoken.  That means next time around, my team either changes the market’s demand or we find a way to campaign on the best damn meetings in America.  Nonetheless, I still struggle to grasp how hardcore anarchists have such a fetish for parliamentary procedure.  Could this be closeted minarchism?

However, I realized that Sarwarck was exactly the type of archetypal package that most people in the Party wanted.  We’ll have to repackage candidate Pojunis next time around according to that archetype, unless we can significantly change the culture within the Party.  We’d like to move it away from parliamentary fetishism toward accomplishments and noticeable growth and health.  Sure, Nick is a great parliamentarian, but Brett Pojunis turned a small band of conspiracy theorists in a dive bar into a large, relevant state party.

It gives me hope that many delegates from all sides of the Libertarian Party were convinced to vote for Brett that weekend.  This shows me that, while it may be an uphill battle, we the modern Libertarians already have a foothold in changing the culture within the Party to an accomplishment-driven entrepreneurial culture. 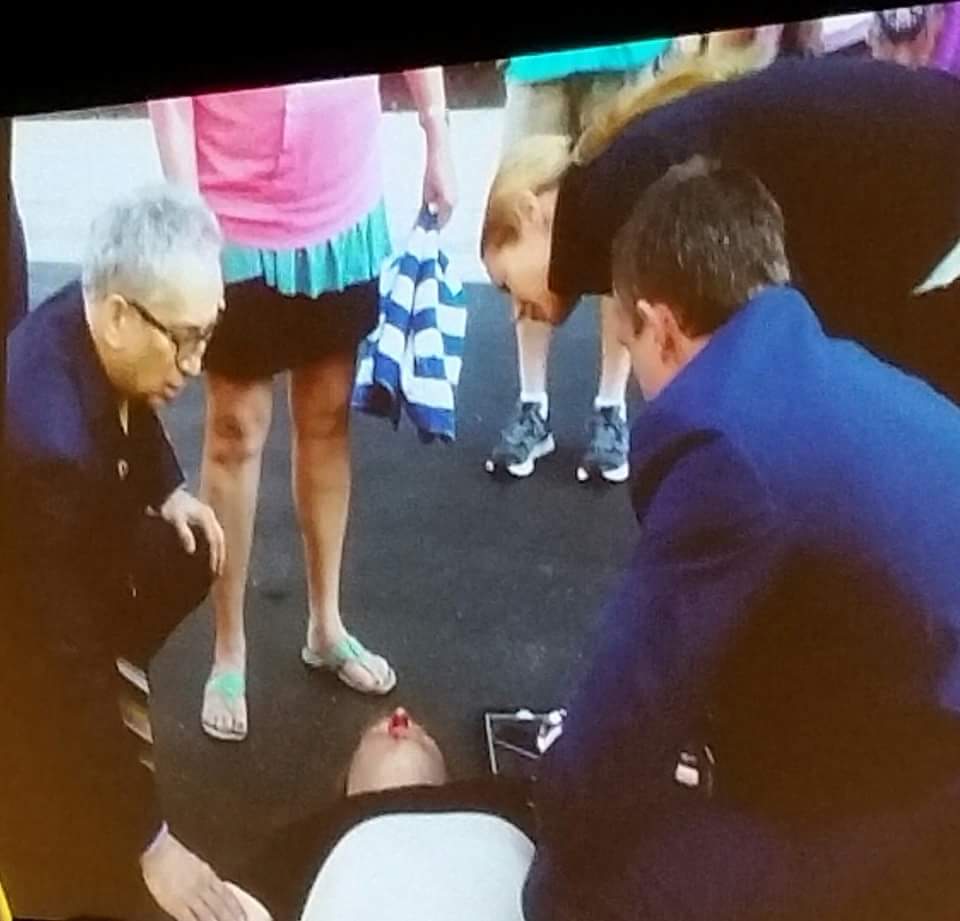 It also gives me hope that there are still people of principle in this Party who care about values more than they care about egos.  This was proven when Dr. Feldman and LP Canada Chair Tim Moen, a career firefighter/paramedic, were the first responders to a hit and run that left a victim bleeding in front of the convention hotel!  This is the epitome of compassion, of helping people, of charity by choice.

It moves me that Nebraska State Senator Laura Ebke followed Nevada Assemblyman John Moor's lead and jumped ship on the GOP to become a Libertarian.  I hope others in her position within legislatures find the intestinal fortitude to do the same.  The GOP must be allowed to die because of what it's become.  This was the sentiment of the original LP founders who walked out on the GOP in 1971.

It gives me hope that this election cycle produced superstars like Kevin McCormick, who is looking to use his new popularity and influence to grow the Arizona Party. Perhaps our national chairman, an Arizona resident, will go out of his way to help Kevin accomplish this.

It gives me hope that multiple state parties have seen the success of Nevada and want to imitate it.  Furthermore, they want our guidance and to benefit from our experience, and we’re absolutely thrilled about this.  We look forward to joint events with other state parties later this year.  If we were to apply Mao’s political principles of guerrilla struggle to the 2018 LNC Chair race, this is the epitome of building our bases of support in the countryside.

I’m excited to announce fruitful conversations with Vermin Supreme.  He’ll be doing a tour in the fall and the Party affiliates in Nevada and Southern California will be happy to help arrange logistics to bring his tour for the West Coast.  I saw for myself at the convention center how anime fangirls in skimpy costumes were making bee lines to take their photo with this man.  He directly made it possible to talk to over a dozen apolitical anime geeks about the Libertarian Party.  At first I balked at his recruitment into the Party, but now I totally get it. 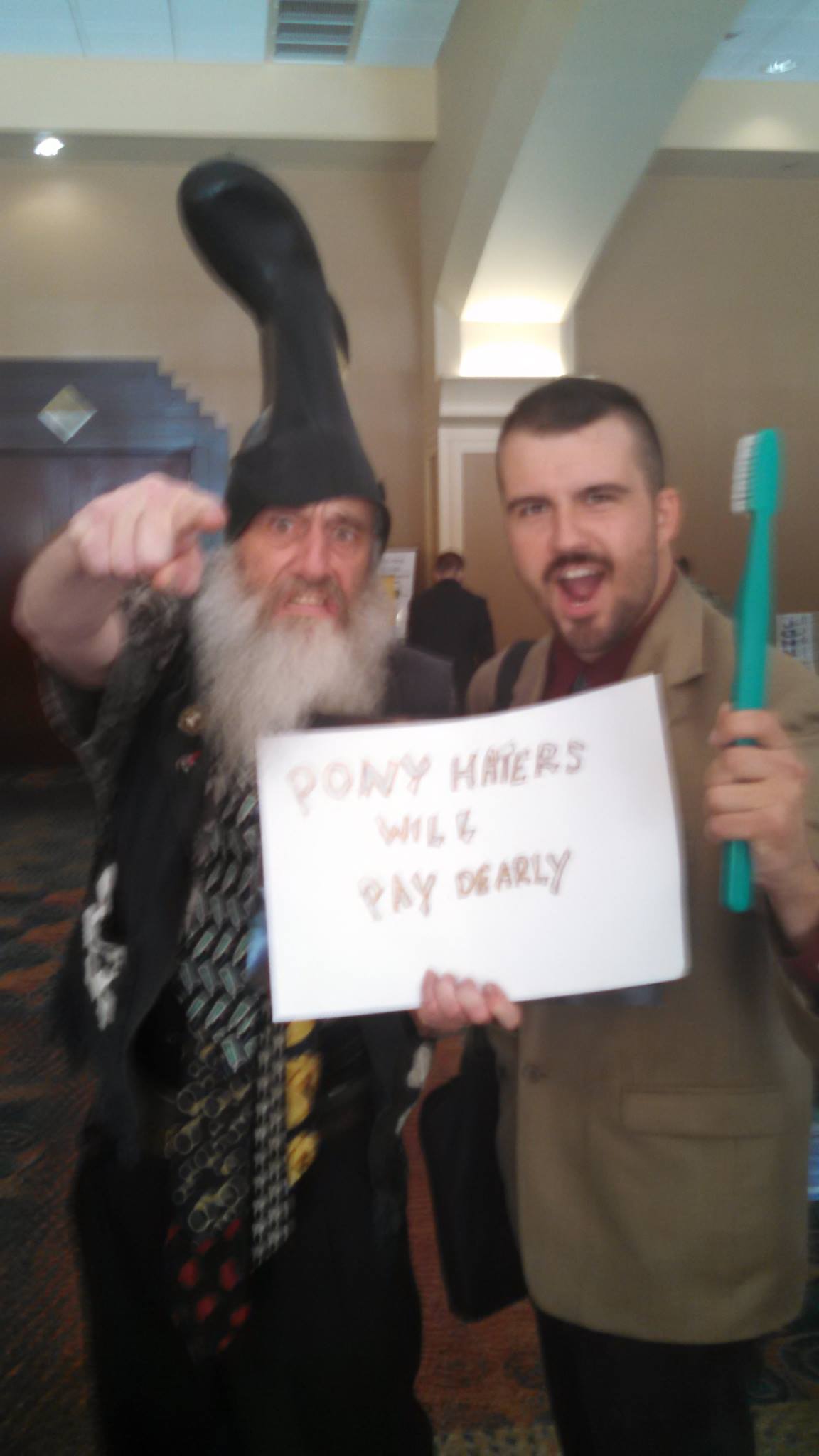 It gives me hope that John McAfee is staying in the Libertarian Party.  We absolutely NEED his cyber security expertise for providing peaceful defense solutions.  Libertarians are excellent on a humble foreign policy, but absolutely terribly lacking on actual defense, and in their assumption that not creating new blowback somehow makes the old blowback go away.

It even gives me great hope that, following the announcement of the Johnson-Weld ticket, the Johnson campaign was able to raise a quarter million dollars in one evening, with promises for more.  Rich people hate Hillary and Trump too, folks!  This would have only been a dream during Dr. Ron Paul’s 2012 presidential campaign.

We in LP Nevada have A LOT of work to do to continue professionalizing and continuing to grow as we figure out how to behave like a real political party.  The same goes for the Party in every state and territory across America.  2016 is the golden opportunity for sustainable and organic growth, not just a flash in the pan.  To do that, the state party’s need to build their infrastructure and get to work NOW.  This opportunity has come and it will pass in November, whether the other parties are ready or not.

Some of this weekend was triumph.  Other parts felt like a bitter defeat.  Overall, the 2016 Libertarian National Convention was my most educational experience in politics and I’m grateful to have been able to attend. Most of all, the experience made me hungry—hungrier than I’ve ever been.