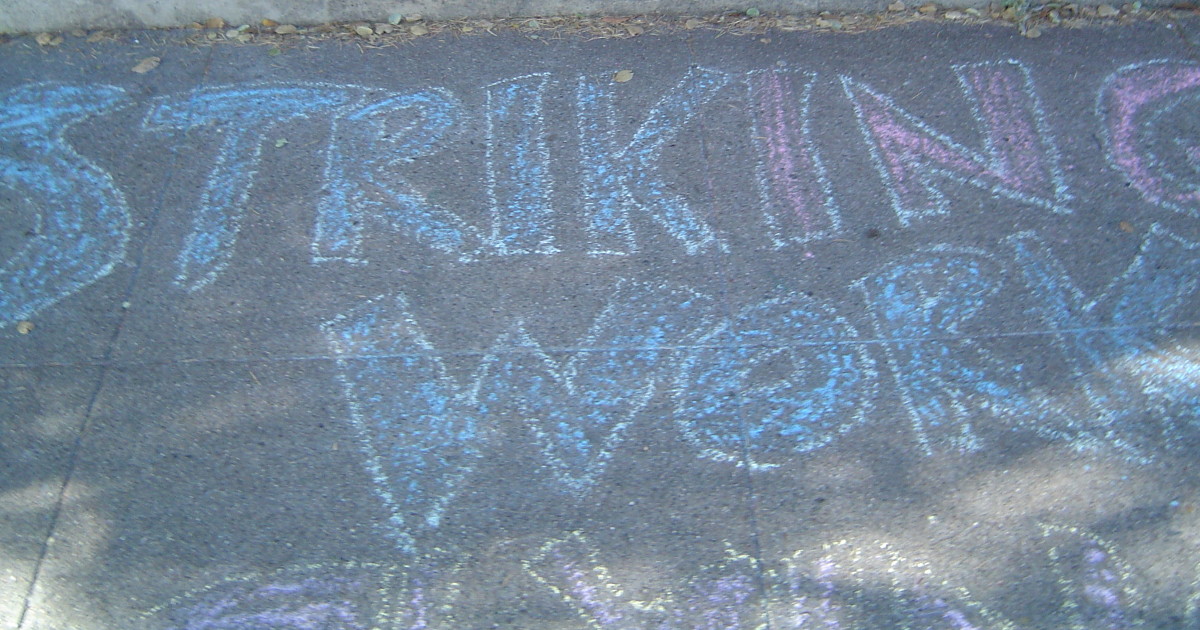 We were amused recently to read latest propaganda from the nation’s largest trade union organization, the AFL-CIO, in its annual “Executive Paywatch” report.

The report relies on the typical, unsophisticated and demagogic union premise that economics is a zero-sum game and, as a consequence, high executive pay necessarily comes at the expense of lower pay for workers. AFL-CIO President Richard Trumka says in a press release: “This year’s report provides further proof that the greed of corporate CEOs is driving America’s income inequality crisis…It’s shameful that CEOs can make tens of millions of dollars and still destroy the livelihoods of the hard-working people who make their companies profitable.”

We could use this column to debunk all the faulty viewpoints the AFL-CIO and other unions embrace. Instead, we merely point out that employment relationships are voluntary in the United States: Those who don’t like the pay or conditions can leave for another company. They can even start their own company and become an executive themselves.

But there’s also so much to say about the union business model itself. After all, unions are corporate entities with revenues, expenses, assets and liabilities just like the for-profit firms with whom they negotiate and who they often malign. What’s more, the key facts are all publicly available since, as tax-exempt organizations, unions have to file IRS form 990s.

Particularly interesting is that union executives aren’t generally paid like the workers they claim to represent. In fact, a recent analysis of tax returns from 192 of the largest unions in the United States reveals that the average salary of union execs was $252,370 in 2016. Including bonus pay and other perquisites, that figure rose to $283,678.

As with private-sector CEOs, some union leaders receive far more. The Airline Pilots Association president received $775,829 in total compensation. Presidents of the International Brotherhood of Boilermakers and the Laborers’ International Union also came close to that figure. We recall the executive director of the Clark County teachers’ union infamously receiving more than $625,000 in 2009, at a time teachers were being laid off.

Context is important. In its latest tract, the AFL-CIO disparages a “CEO-to-worker pay ratio of 347-to-1.” However, the union organization cherry-picked only the largest and most lucrative posts to create this calculation. By contrast, the federal Bureau of Labor Statistics reports that average salary for all private-sector CEOs was $194,350 in 2016. That’s 23 percent less than the average union executive.

Many unions are large organizations. The AFL-CIO, for instance, generates around $200 million in income from year to year. The National Education Association, the country’s largest teacher union, topped that with $388 million in 2015. The Service Employees International Union generated $321 million that year.

But the manner in which unions generate revenue is fundamentally different from that of for-profit companies. Apple sells computers and Progressive sells insurance to buyers who enter freely into those transactions with the belief the good or service being offered is worth more than the money they give up in exchange. Unions, however, greatly rely on threats, coercion, intimidation, misinformation and other unsavory tactics to generate their revenues.

In the 22 states that still do not have a Right to Work law, workers can be compelled to join a union and pay dues as a condition of employment. Unions lobbied heavily to have this compulsion included in the National Labor Relations Act of 1935. It says that if there’s a federally recognized union in any shop, then all workers must contribute to it.

Thus began a racket for unions to misinform or intimidate workers to vote in favor of union formation. If unions can get a simple majority of workers to vote for union representation, even those who voted in opposition are forced to join and pay dues. From then to now, many union bosses have paid themselves several times the average worker salary out of these forced contributions.

Fortunately, Congress eventually passed a series of reforms, including a 1947 amendment that allows states to create Right to Work laws that free workers from compulsory duty membership and contributions to unions.

Union bosses try to market themselves as champions of the worker. But that solidarity is a myth.