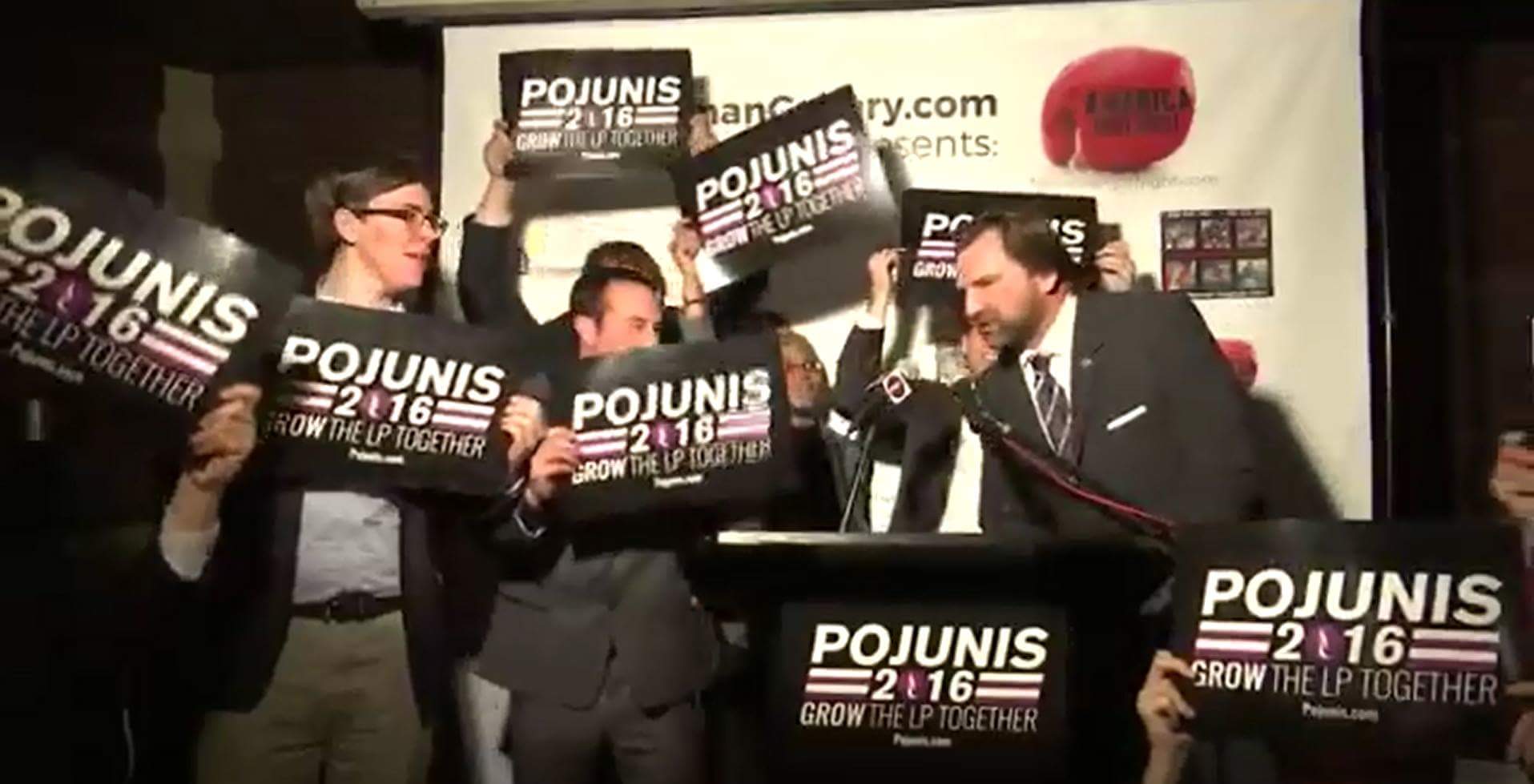 To be the best, you have to surround yourself with the best. —Muhammad Ali

The Libertarian Party of Nevada hosted celebrities and dozens of Party members at its 2016 state convention. The convention happened simultaneously in Carson City and Las Vegas and was simulcast so members in both the northern and southern regions could participate without having to travel far.

After the convention, Party members and supporters flocked to Satay Thai Bistro for the official after party. The after party was attended by dozens of activists and a variety of special guests, including athletes and billionaires. Best of all, Libertarian Party members everywhere had access to the after party and some HUGE announcements (see video here)!

The first guest speaker was Assemblyman John Moore, Nevada’s first Libertarian in the state legislature. “When I decided to move to the Libertarian Party from the GOP, it wasn’t an easy decision for me. But the more that I realized I didn’t fit in 100% with the GOP, making that move became the logical choice for me,” said Assemblyman Moore.

The return of two boxing stars to the boxing world was announced by Jason Lundgren, Site Coordinator for American Dream Presents. Lundgren endorsed LP Nevada as “the best political party in Nevada and probably the entire nation” and shared some exciting news for the world of boxing fans. A double main event is happening on May 27, 2016 at the Orange County Convention Center in Orlando, Florida to coincide with the 2016 Libertarian National Convention.

The special attraction features Cleveland, Ohio’s Roy Jones Jr., battling in the ring with the undefeated up-and-comer Omari Braxton. The two main events will feature Hector “Machito” Camacho, Jr. and Cleveland’s Ron “the American Dream” Johnson. Ron Johnson was inducted into the Boxing Hall of Fame in 2003 and his stellar record includes 11 wins to 1 loss. The remaining three bouts will showcase three local boxers from the Orlando circuit, still to be determined.

WBA light-middleweight World Champion and Commonwealth Games gold medalist Mike “the Bodysnatcher” McCallum shared a story about a young man creating his own American dream. The Bodysnatcher once told Johnson, then a trouble maker from a rough neighborhood in Cleveland, to always stay sincere. Now that young man is competing for a world championship title. “He’s going to do wonderfully. I’m helping him train, he’s doing well, and he’s going to be fantastic.”

The American Dream himself took the podium to share his excitement and gratitude. “I’ve made money and not had money, but at the end of the day my passion never changed.” Injuries took him out of the ring for several years until the American Dream defied his critics and made his comeback in 2015. “Everybody in the world is a Libertarian even if they don’t know it. Nobody likes to be told what to do.” 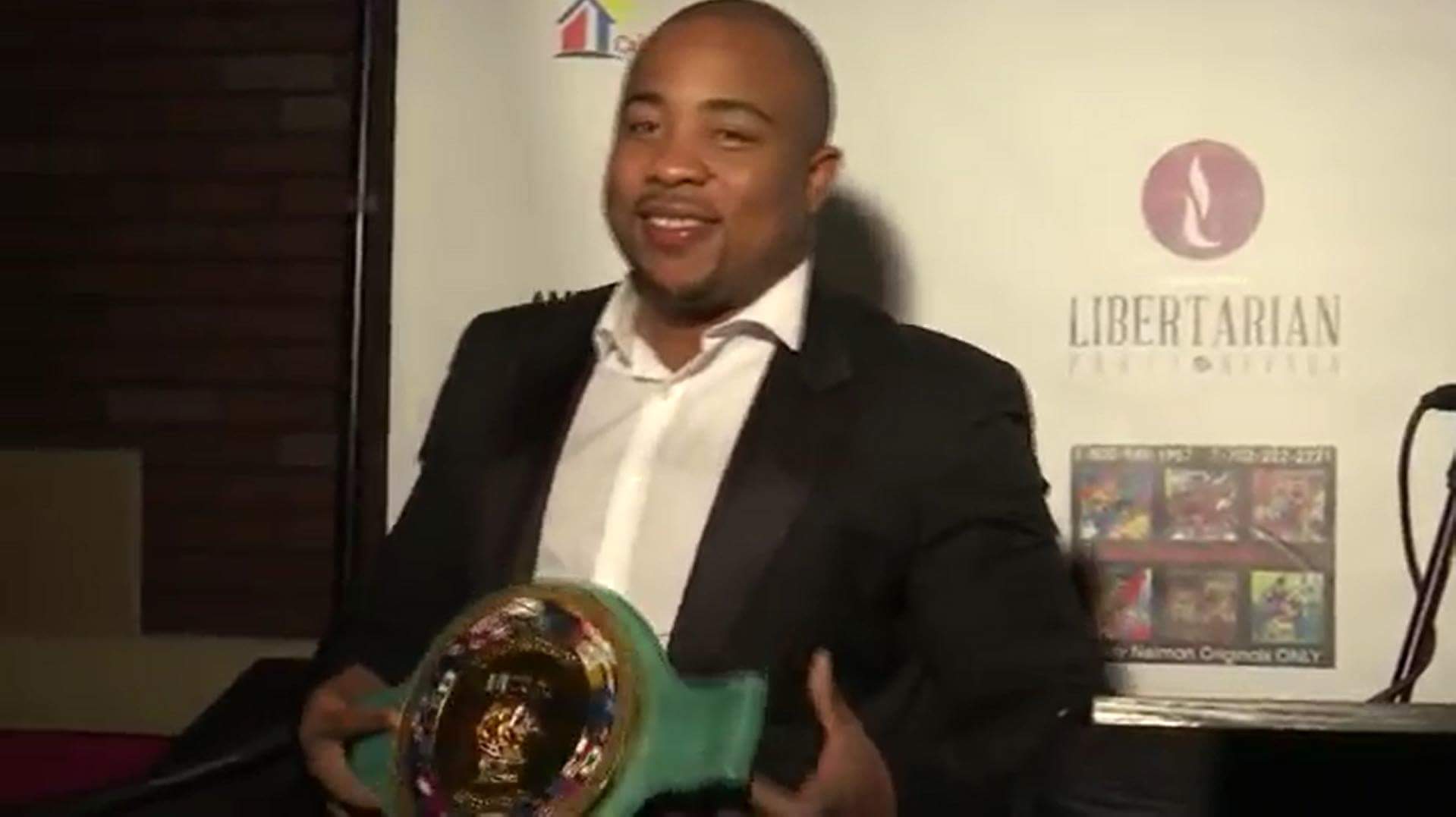 “When I was elected chair, we had a PO Box, a voice mailbox, we had to struggle to get our domain name back, our bank account was upside-down… it was an uphill battle. But we believed that we could do it and we did it as a team. The next step for us is raising capital. If we can’t produce value, why should we get any donor’s money? Today we have a Party office and staff, a Libertarian in the State Assembly, and we’re one of the few state party affiliates to successfully pass legislation into law. That’s a huge deal because at the end of the day, our job is to influence public policy in a libertarian direction.”

LP Nevada extends special thanks to the following:

The tireless volunteers of LP Nevada