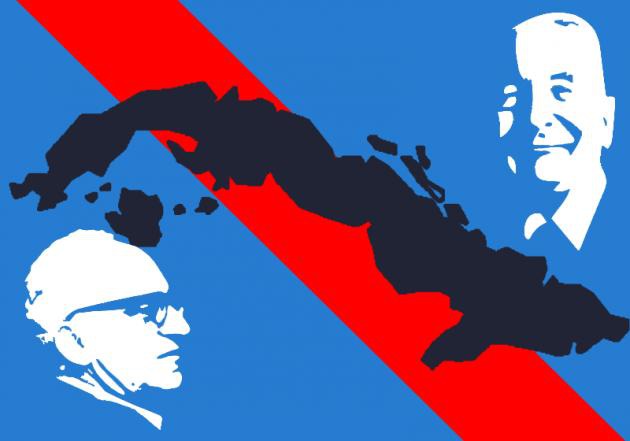 Two Cuban libertarian activists, Ubaldo Herrera Hernandez and Manuel Velazquez Visea were arrested on February 2, 2017 by Cuba's political police.  The two activists were convicted of attempted assault and facing new charges for distribution of "enemy propaganda."  This "enemy propaganda" was in fact the writings of Ludwig von Mises, Friedrich Hayek, and other laissez-faire economists and philosophers--all of which threatens the Castro regime and Communist Party's grip on the island nation.  Herrera and Velazquez are both imprisoned in the Melena II labor prison, Cuba's equivalent of the Soviet Union's Gulag.

The Libertarian Party of Nevada issued a press release on February 9 condemning the Cuban government and the Communist Party of Cuba, and demanding the immediate release of Herrera and Velazquez.  Shortly after, this became a movement.  The Libertarian state parties of New Hampshire and Oklahoma jumped on board, also calling for the release of Herrera and Velazquez.  We were then joined by LP Indiana, LP New Mexico, and the Libertarian Party of Spain.  In the last week LP Florida and LP North Carolina have joined the international movement to free these libertarian political prisoners.

“As libertarians, we condemn our own government's interference in Cuba's domestic affairs.  Cubans had a right to revolt against the dictator Fulgencio Batista, who overthrew a democratic government in 1952 coup d’etat.

“Even more, we mourn for the Cuban people because Fidel Castro, the man they trusted to lead the resistance against Batista, and his brother Raul, have proven far more brutal tyrants than the dictator they replaced.”

“Today, the members of the Libertarian Party of North Carolina lament that Cubans live under a government which will arrest, or threatens to arrest them, by characterizing any expression of dissent in economic or political matters as an attack upon itself.

“We pray for the safety, happiness, and freedom of Ubaldo Herrera Hernandez and Manuel Velasquez Visea as we pray for all of the people of Cuba and as we wish all of these things for ourselves.”

“The Libertarian Party of Florida, and all free people, find the existence of political prisoners abhorrent and call upon Cuba and all nations with such prisoners to free these folks and stop this practice. The LPF strongly encourages the Cuban government to release Hernandez and Velasquez immediately and apologize for their arrest. In addition, the LPF strongly urges the Cuban government to rid itself of all laws which limit Cuban citizens from expressing their opinions in public."

The Libertarian Party of Florida also dutifully points out that this is not a practice found only in Communist republics. "Just this year, there have been several Americans arrested for doing nothing more than exercising their right of free speech. Earlier this year two students were arrested in Michigan for simply handing out free pocket-sized U.S. Constitutions."

LP Florida and LP North Carolina are joined by the Libertarian Party of Chicago.  Rather than wait for the Illinois party's Executive Committee to act, LP Chicago is leading the way in Illinois!  The Libertarian Party of Russia and the Libertarian Party of Spain join 7 American LP state affiliates in a growing movement to free these innocent men.  Whether governments are persecuting nonviolent dissidents in Michigan or in Cuba, We the People will call out oppression and stand for freedom and common decency.

There is something YOU as an individual can do to help!  You can directly contact Cuba's Ministry of Foreign Relations on Facebook and Twitter and demand the release of Ubaldo Herrera Hernandez and Manuel Velazquez Visea.  You can also lobby your regional representative on the LNC (actually, ALL members of the LNC) to vote YES on the U.S. LP's resolution calling on Cuba's government for their release.