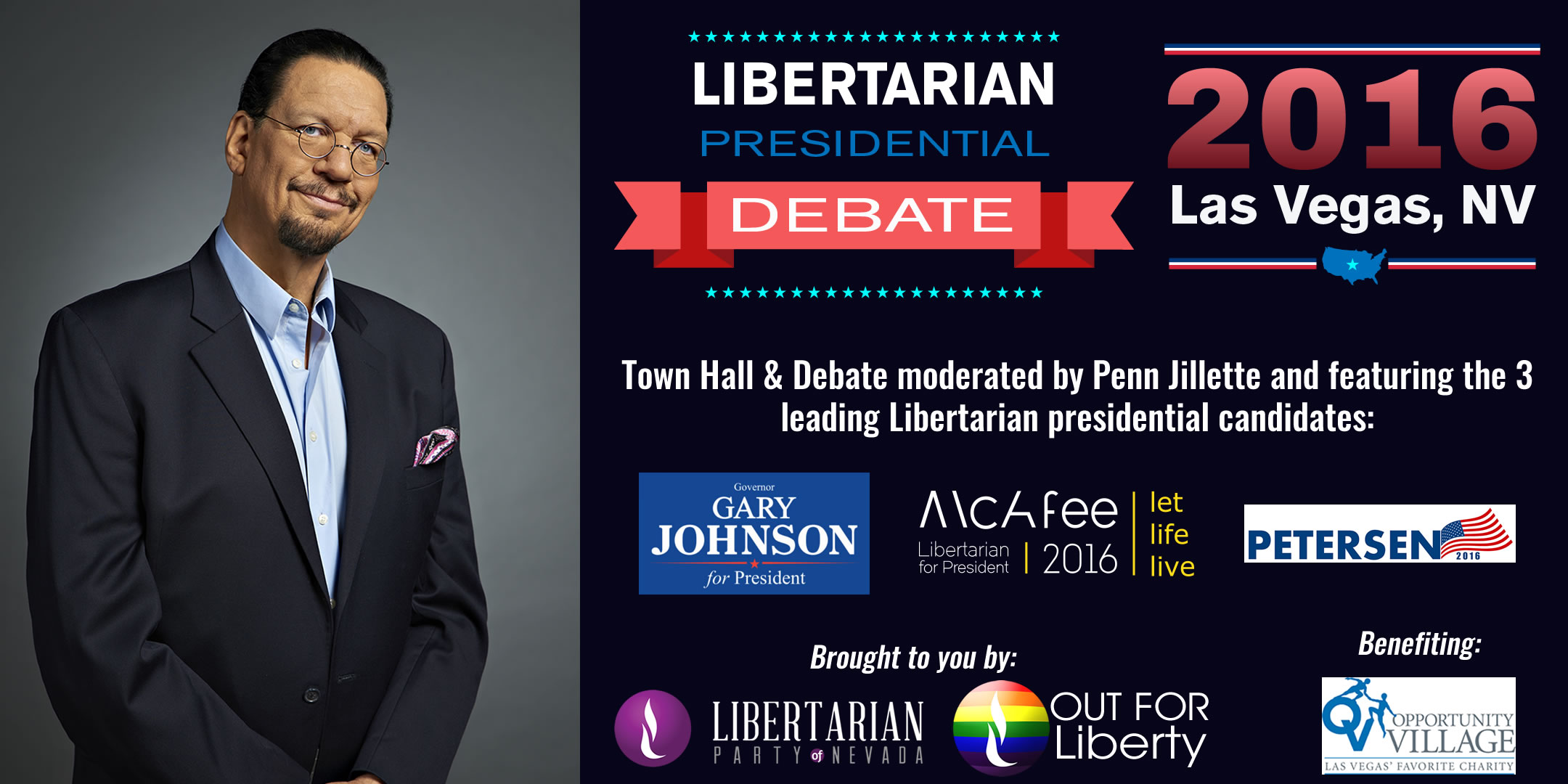 Penn Jillette hosts the final Libertarian Presidential Debate before the 2016 National Convention. Governor Gary Johnson, Cybersecurity Pioneer John McAfee, and activist and entrepreneur Austin Petersen will debate a broad range of topics from the War On Drugs to foreign policy to censorship, and tell us why they would make better Presidents than Hillary Clinton and Donald Trump.

Opportunity Village is a not-for-profit organization serving children and adults in the southern Nevada community with intellectual disabilities, to enhance their lives and the lives of the families who love them. Opportunity Village is dedicated to helping people become the very best they can be. Through vocational training, community employment, day services, advocacy, arts and social recreation, citizens with severe disabilities are able to find new friends, realize future career paths, seek independence and community integration and unleash creative passions.  Almost entirely self-funded, Opportunity Village is possible because southern Nevadans realize the value in supporting their neighbors with intellectual disabilities. In our society, people with disabilities live their live being told what they can’t do. Opportunity Village strives to break that stigma, encouraging the people it serves to follow their dreams.

NOTE: All ticket sales benefit Opportunity Village.  This event will be recorded for later broadcast, and purchasing a ticket implies consent to be filmed.

We are using Eventbrite to manage this event, please visit https://libertariandebate.eventbrite.com to purchase tickets.