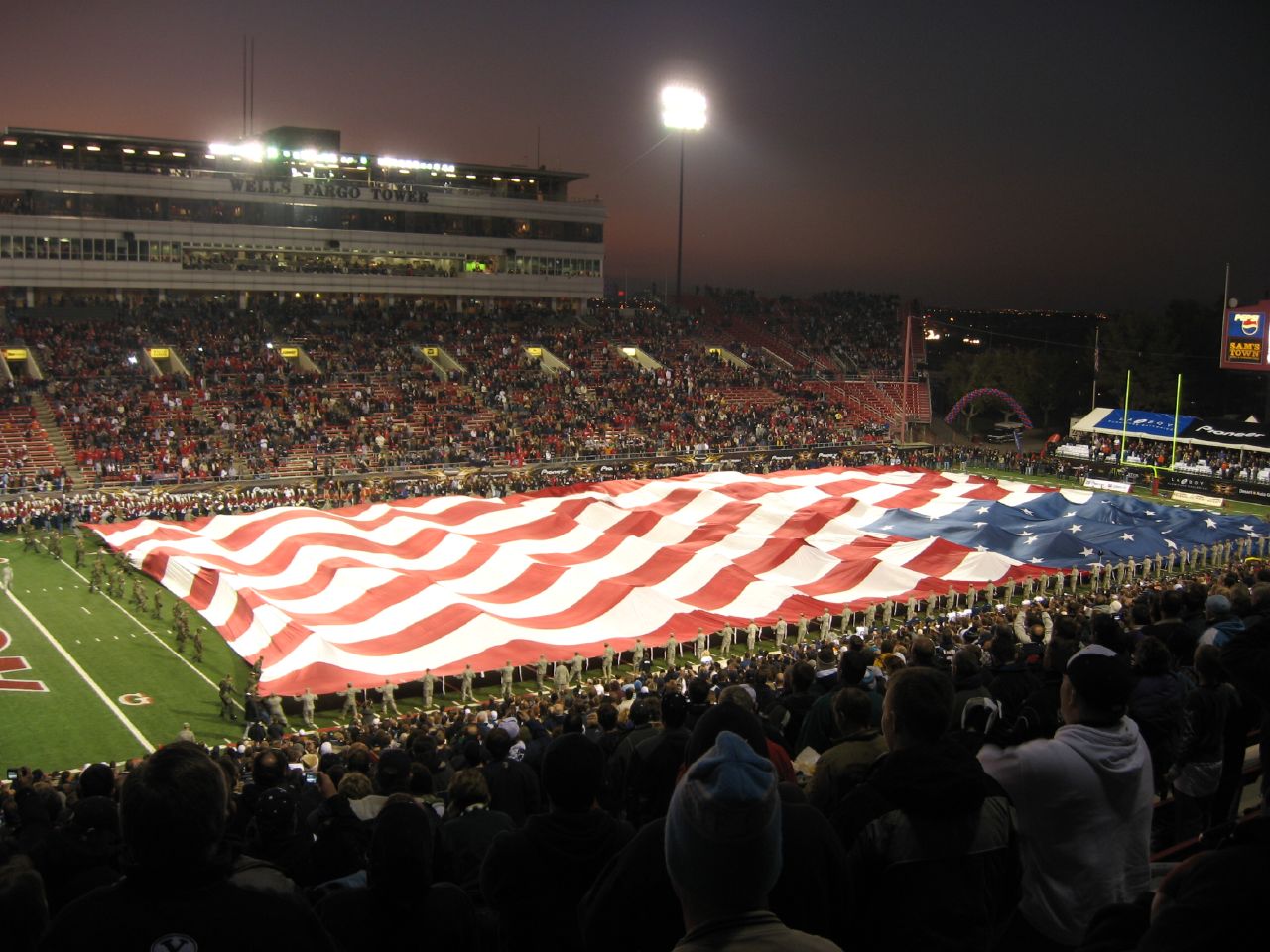 As our readers know, we’re huge sports fans. So the idea of going to a professional sporting event in our home state of Nevada is very exciting.

And that excitement is resonating across Nevada as the Oakland Raiders are considering relocating to Las Vegas.

However, that excitement alone isn’t enough to justify higher taxes in order to provide public funding for constructing a new stadium. Professional sports are, after all, a business and should be financed on their own.

Chicago businessman William Hulbert launched the original professional sporting league in 1875 precisely because he saw a rising demand for entertainment among America’s growing middle class. He understood that selling tickets could cover all his costs and provide a handsome profit, so he organized the other franchise owners into the National League of Professional Baseball Clubs.

The National League began competing with the legally separate American League in 1903 in a collaboration called Major League Baseball. Both leagues enjoyed long-running success by financing all capital and operating expenses through sales of tickets, merchandise and concessions, advertising, licensing agreements and other private arrangements.

So we find it perplexing that in recent decades public officials have increasingly agreed to force taxpayers to cover the costs of building stadiums to benefit these private businesses. After all, total revenues in the North American sports market are at an all-time high and continue to grow. According to an analysis by PriceWaterhouseCoopers, total revenues in this sector reached $49.9-billion in 2010 and are projected to reach $73.5-billion by 2019.

But team owners and developers have convinced more and more public officials to commit tax dollars to stadium financing. Since 2000, more than $12-billion in monies extracted from the public have gone to subsidize stadium construction.

The arguments in favor of this spending are invariably the same: The public spending is supposed to provide a public benefit of increased economic activity that makes everyone wealthier. It’s essentially the same argument made for every form of government “stimulus.” The problem is it never pans out.

To convince officials to hand over the cash, developers create pie-in-the-sky projections about “economic impact” that routinely ignore some basic economic facts. First, when money is taken from the public, that money is not available for other forms of private investment that might lead to faster growth.

Second, these projections rely on fantastic “multiplier effects” that assume money earned by stadium vendors spending will cycle through the community, going to local grocers, clothing stores and other establishments. They typically ignore the fact that taxpaying families’ have less to spend at these same establishments as a result of the higher taxes. At best, subsidies create some winners and some losers.

In fact, serious economic analyses show that public financing of stadiums almost never boosts a region’s economy. Stanford economist Roger Noll, who specializes in this field, says “NFL stadiums do not generate significant local economic growth, and the incremental tax revenue is not sufficient to cover any significant financial contribution by the city.”

Some cities have real horror stories about their experiences financing stadiums. King County, Washington just finished paying off the 20-year bonds it issued to finance renovations at the Kingdome last year, even though the Kingdome was demolished in 2000. City and state taxpayers in St. Louis still owe more than $100-million on the bonds issued to finance the NFL stadium the Rams just vacated -- in favor a privately funded stadium near Los Angeles.

But now the Oakland Raiders are asking Clark County and the state of Nevada to commit taxpayers to $750-million in general obligation bonds to finance an NFL stadium there. Gov. Sandoval plans to call a special session of the Legislature next week to again raise room and sales taxes for this and other purposes in Clark County. If those higher taxes are ever insufficient to cover the bond payments, residents are likely to see higher property taxes.

There are almost no success stories regarding publicly financed stadiums anywhere in the world. Perhaps we’re nostalgic, but we long for Hulbert’s privately financed sports leagues.