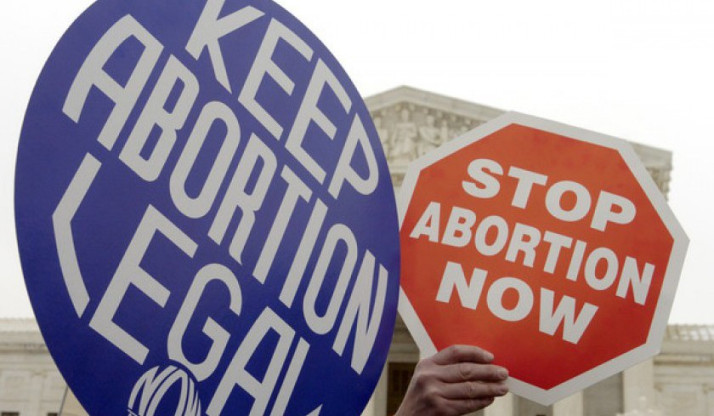 Of all the hot topic issues, abortion is one of very few that has substantial libertarian support on either side. Officially, the Libertarian Party does not hold a stated position beyond saying that it's a personal decision best suited for individuals and not government to make, although Gary Johnson personally espouses a pro-choice position. My goal here is not to debate the merits of either side of the issue; instead, I want to discuss an aspect of the debate that I've heard brought up recently: how can a pro-lifer morally and ethically vote for a pro-choice Gary Johnson?

Consider that of the three main candidates, all three have voiced pro-choice positions -- although Donald Trump has voiced so many different positions on abortion (sometimes on the same day!) that it's hard to say where he actually stands or what he would do in office. So if this issue is the most pressing on your checklist, you might be feeling a bit discouraged right now. After all, there is no one that has a chance of being elected who will aggressively pursue a pro-life agenda. What if you looked at it from a different angle, though?

If you had to make a choice between a candidate who is used to calling all the shots and doing things his way who MIGHT be friendly to pro-life causes, or one who has stated that he is pro-choice but also holds the viewpoint that federal (read taxpayer) funding should not be used for abortion and stem cell research, which would be the more acceptable choice? If an executive holds different beliefs than your own, but does not attempt to force them on you, is that not the more moral and ethical choice? I would argue that it is.

There is no doubt that Hillary Clinton is a grave threat to the pro-life cause. Donald Trump might be as well. Would Gary Johnson be? I don't believe so. The needle might not move far towards pro-life ideals during a Gary Johnson administration, but no federal funding for abortions would be a great step in that direction. At the bare minimum, it would not go in the opposite direction. Sometimes not conceding any ground is the best victory that can be achieved. Supporting a candidate that wants you to have the ability to make these intensely personal decisions without government intervention is a moral and ethical choice in my view. I hope you join me.

If you'd like to get involved, or to learn more, there are lots of opportunities for you! Check out the upcoming events and find out why the Libertarian Party is the fastest growing political party in America today.