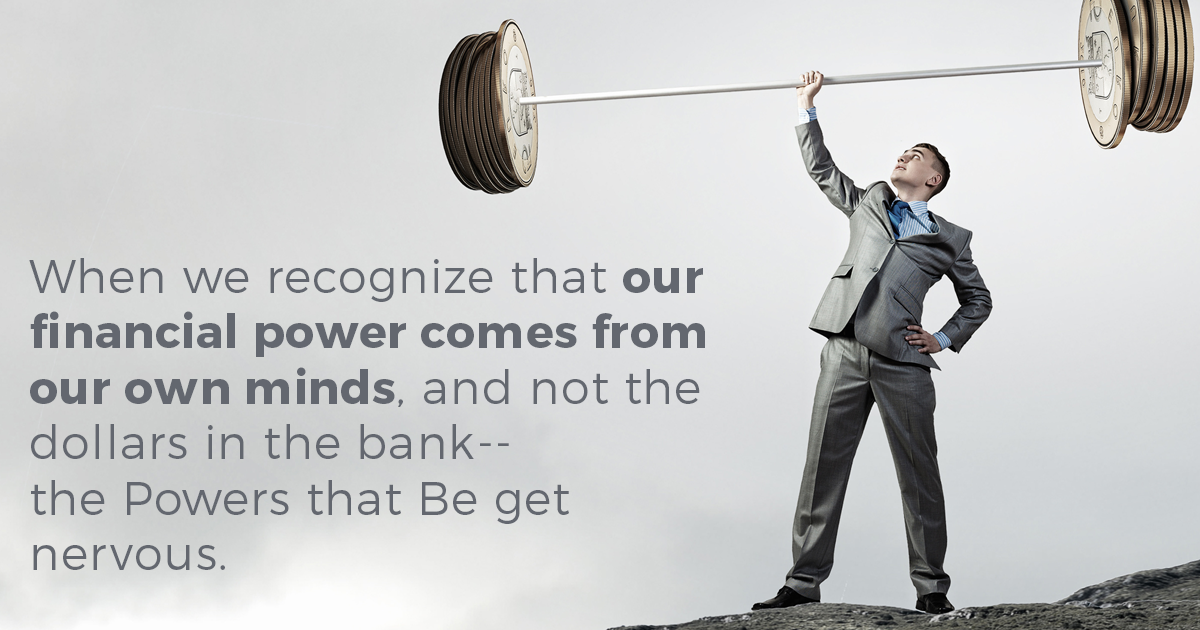 Siri, what is a Libertarian?
A person who believes in the doctrine of free will.

It was 1980. Jimmy Carter was soon to leave office and Ronald Reagan would take his place at 1600 Pennsylvania Ave. The economy was stagnant, except for one interesting niche: Bartering. Bartering had grown beyond an old-fashioned way of country folk trading eggs for chopping firewood or a wagon load of hay for stud services from the neighbor's bull. Nearly every Fortune 500 company had a Barter Division. It was an effective method of making sales that otherwise wouldn’t have been made.

My parents had a baby and no college degree. Interest rates were around 20%. It was a tricky financial time, but my parents had one important mental tool: free will.

They joined a barter network and with a little creativity, suddenly had more trade dollars than they could spend each month. But eating was key. A fancy restaurant was on the trade network; reservations were the envy of the town. My parents would invite friends and clients to join them for dinner saying, "Hey--we'll buy; you just pick up the tip!" Friends were impressed with the secret wealth of this young couple. My parents were paying for everything from rent to dry cleaning with trade. They would convert their trade dollars to cash by letting friends and family know that they had wholesale buying power, and could acquire large items for cheap. My aunt's custom kitchen remodel was paid for in trade dollars, and then she turned around and wrote my dad a check--happy with the amazing deal her brother found for her.

My parents were broke by typical calculations, but with their own free will they became King and Queen of their own economy.

Fast forward 30 years. I was a single mom with a hobby for a business. My friends encouraged me to seek out government assistance to pay for daycare and help put food on the table. "Wow, is it really that bad?" I thought to myself, "Is my life that miserable? Is that the only way?" I called a few government agencies, a feeling of desperation growing as I waited on hold; their daycare funds had dried up months ago. I felt terrible after hanging up the phone. Suffocating in my own powerlessness. "This sucks. This is not me," I decided.

I had used barter casually, but now it was time to use my own free will and create my own economy. I did some Googling, looking for preschools that didn't have websites. I carefully planned out possible win-win scenarios that would put some immediate cash in the daycare's pocket, but would also buy me some time to generate more clients and sales. My barter network became the "man of the house" making household repairs, moving heavy furniture, fixing my car and giving me empowering support whenever I needed it. Using barter built my confidence; I knew I could survive any financial situation.

When we recognize that our financial power comes from our own minds, and not the dollars in the bank--the Powers that Be get nervous. No, the Powers that Be become a force within, not an unknown entity to be feared.


How to experience the Power of creating your own economy:

Angela Refsland is the CEO & Founder of Waking Girl, a web design and online marketing company specializing in waking up websites and businesses. Refsland's father has always enjoyed helping Angela with her writing homework, and assisted with the creation of this blog post.