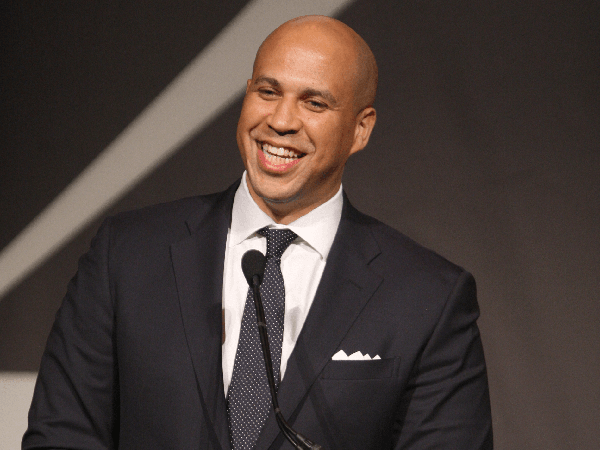 The Case for Reparations to the Black Community

Reparation
Noun rep· a· ra· tion | \ ˌre-pə-ˈrā-shən\
Definition
1a: A repairing or keeping in repair

Cory Booker recently announced that he was going to author a bill, saying “this bill is a way of addressing head-on the persistence of racism, white supremacy, and implicit racial bias in our country. It will bring together the best minds to study the issue and propose solutions that will finally begin to right the economic scales of past harms and make sure we are a country where all dignity and humanity is affirmed.”

I agree wholeheartedly with Senator Booker that we need to look at ways to repair the damage done to communities by racial bias and the unintended consequences of policies that have exacerbated the problems. I humbly propose a few ideas for his group to study. I hope all Libertarians will join me in this effort to make reparations. After all, we can point directly to our government for the major institutional racial bias and bigotry that is rampant in our society through many of our institutions and industries that are heavily regulated by our government.

1)   Immediately stop this drug war that overwhelmingly targets and abuses and financially destroys the lives of peaceful people in our lower income and minority communities through cash bail, asset forfeiture, loss of voting and gun ownership rights, criminal records that make job hunting difficult, as well as the pressures put on those in the family that must survive while a family member is in jail. There is no justice in a system that allows celebrity and white privilege to avoid this war while the poor and minority communities get ground down. Another aspect to look at is how most cannabis companies are friends of politicians and overwhelmingly white people own them. To jail some people, and then allow others to actually make huge profits for the same act is not equality. This is the easiest “repair” to make. Do it now.

2)   Commercial opportunities are few and far between in our black communities. There are older buildings with dirt lots surrounding them. Whole blocks without stores and typical businesses that would line the streets of a neighborhood. A perfect example in Las Vegas is near the Walker African American Museum (Some VERY interesting items of black history in Las Vegas. 705 W Van Buren Ave, Las Vegas, NV 89106 see Gwen). There are dirt lots up and down the street. When we make it near impossible to get loans/credit in the community, when the local government makes zoning and permitting difficult, when we make hair braiding licenses in Nevada harder to get than a police badge (yes...more hours to get a hair braiding license), why are we surprised when these communities are lacking local businesses and opportunities? To add insult to injury, for those businesses that do get off the ground, they must compete with Amazon and other huge corporate entities who are subsidized by local, state and federal governments. How is a small business going to compete with a larger competitor that doesn’t have to pay property taxes, or has other government tax and subsidy benefits? Repair this by allowing communities to expand their commercial activity through deregulation and free and fair markets.

3)   Repair our schools. In Nevada, we have the worst schools in the country. Full stop. We are last. I am not speaking hyperbolically. I told the Clark County School board last year, “You are the Cleveland Browns of Public Education” (Cleveland was 0-16 that year)...but I followed it with “however, the Cleveland Browns failed with less than half the budget of Clark County Schools administrators.” Every politician says our schools are important. Liars. Every single politician that screams about how important the schools are, and promises to do every bit of digging and begging and fighting to get more money for teachers are outright, no question about it, liars. Pants on fire...liar liar liar. How do I know this? In Clark County, there is no politician who has yet to address the 5000 non-teaching administrators who make 6 figure salaries with benefits and lifetime pensions. 5000 WHO MAKE OVER 6 FIGURES. There are IT Managers, CCSD “Police,” assistant principals and many others making 100k, 200k, 250k...and more. In fact, one CCSD Security Guard made 40k in OVERTIME last year and cleared $150k total. Teachers start about 40k, and a policeman made that in overtime on the Administrative level. IF you are going to make reparations, please consider our schools a priority, and don’t punish the teachers, parents, and students anymore. 5000 administrators who administer the worst schools in the country DESERVE to pay their fair share. If they don’t like it, promote some teachers to $99k/year. They will appreciate the raise and do a better job. Then use the money you save to hire more teachers for higher salaries. Win/win.

I hope these three areas are good places to start. We can discuss the racket of insurance and pharmaceutical company corruption and government protections of their market shares through tariffs, subsidies, and outright government mandates/bans. There are so many instances where politicians are saying one thing, and yet their actions defy their words. It is time to stop telling me how important equality, opportunity, and fairness is; and start to show me.