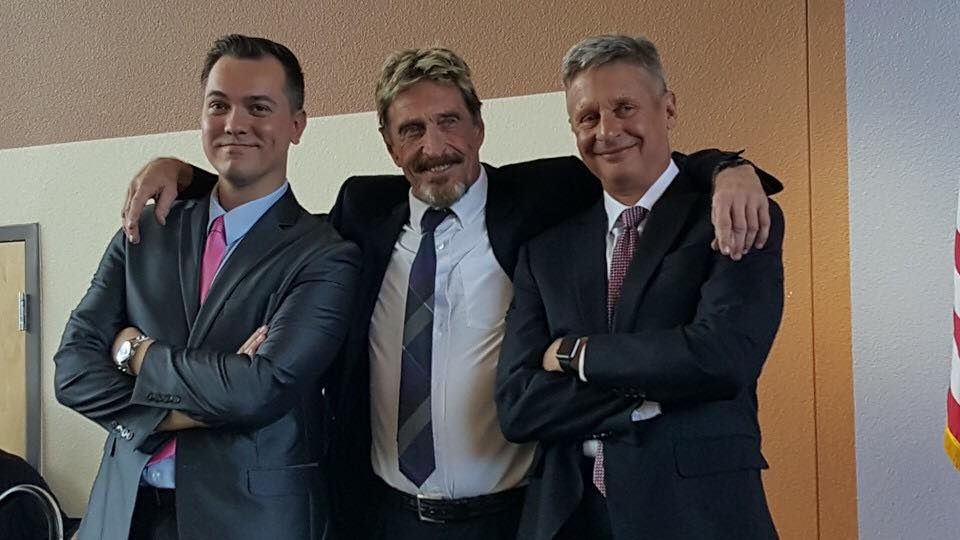 Three popular presidential candidates, a list of international celebrities, major media outlets, and parties on the Las Vegas Strip...  These are just some of the scenes surrounding yesterday's presidential debate, brought to you by the Libertarian Party of Nevada.  The debate was hosted and moderated by magician and TV star Penn Jillette. The event was also a charity fundraiser with ALL ticket sales revenue going to Opportunity Village, which works to educate, train and empower Americans with intellectual disabilities.

Before the debate even began, there was already a growing buzz thanks to popular political news magazines like Breitbart, the Conservative Review, and the Libertarian Republic.  The debate featured the Libertarian frontrunners, former New Mexico Governor Gary Johnson, cyber security and tech mogul John McAfee, and entrepreneur and media producer Austin Petersen. 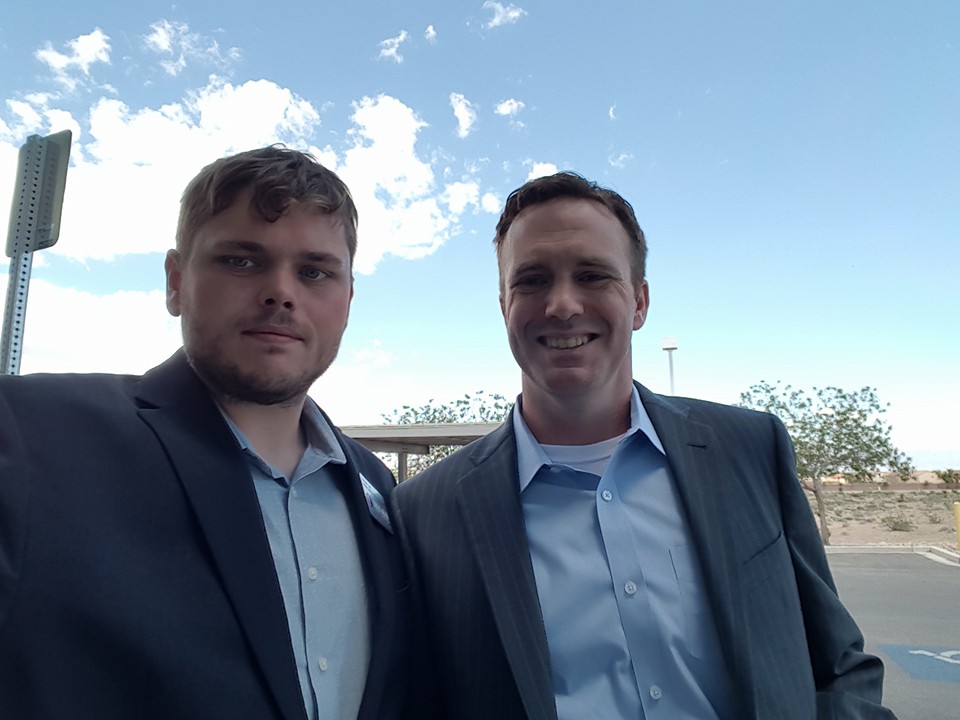 The debate was also attended in good, friendly spirit by other Libertarian presidential candidates Kevin McCormick and Daryl Perry, who received an honorable mention.  All three leading candidates and both underdog candidates were interviewed for television. 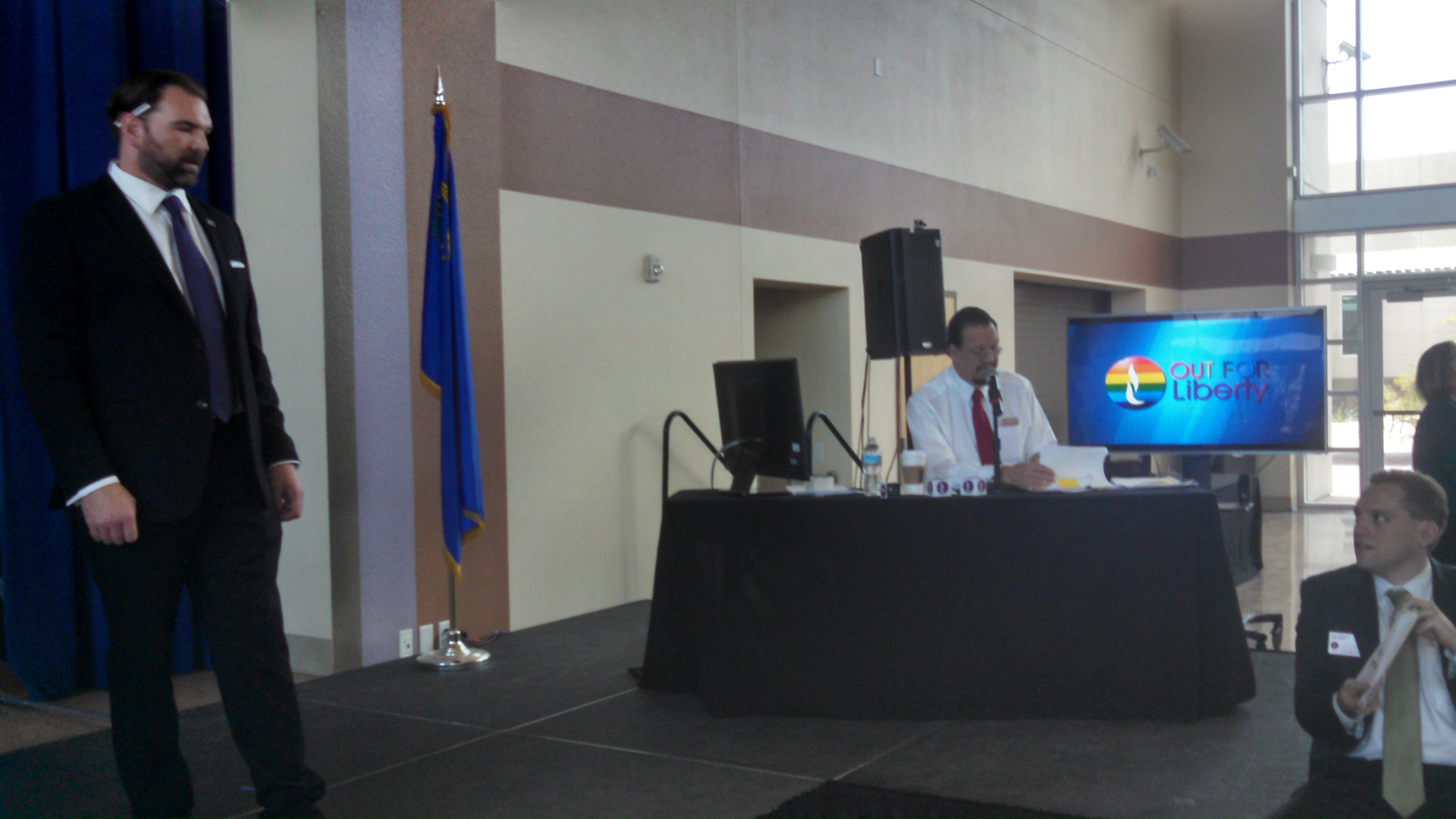 Included in the audience were judges, state senators and assembly members, and a host of local public officials, business owners, and students. Over 300 people paid to see the event, which was also covered by a wide variety of media outlets.  Fox 5 News and CBS 8 were there representing local news stations.  Vegas Seven magazine's reporter was furiously taking notes.  Al Jazeera English came from Washington D.C. and NBC News came from San Diego just to cover the event.  The debate will also be broadcast on Glenn Beck's network The Blaze. 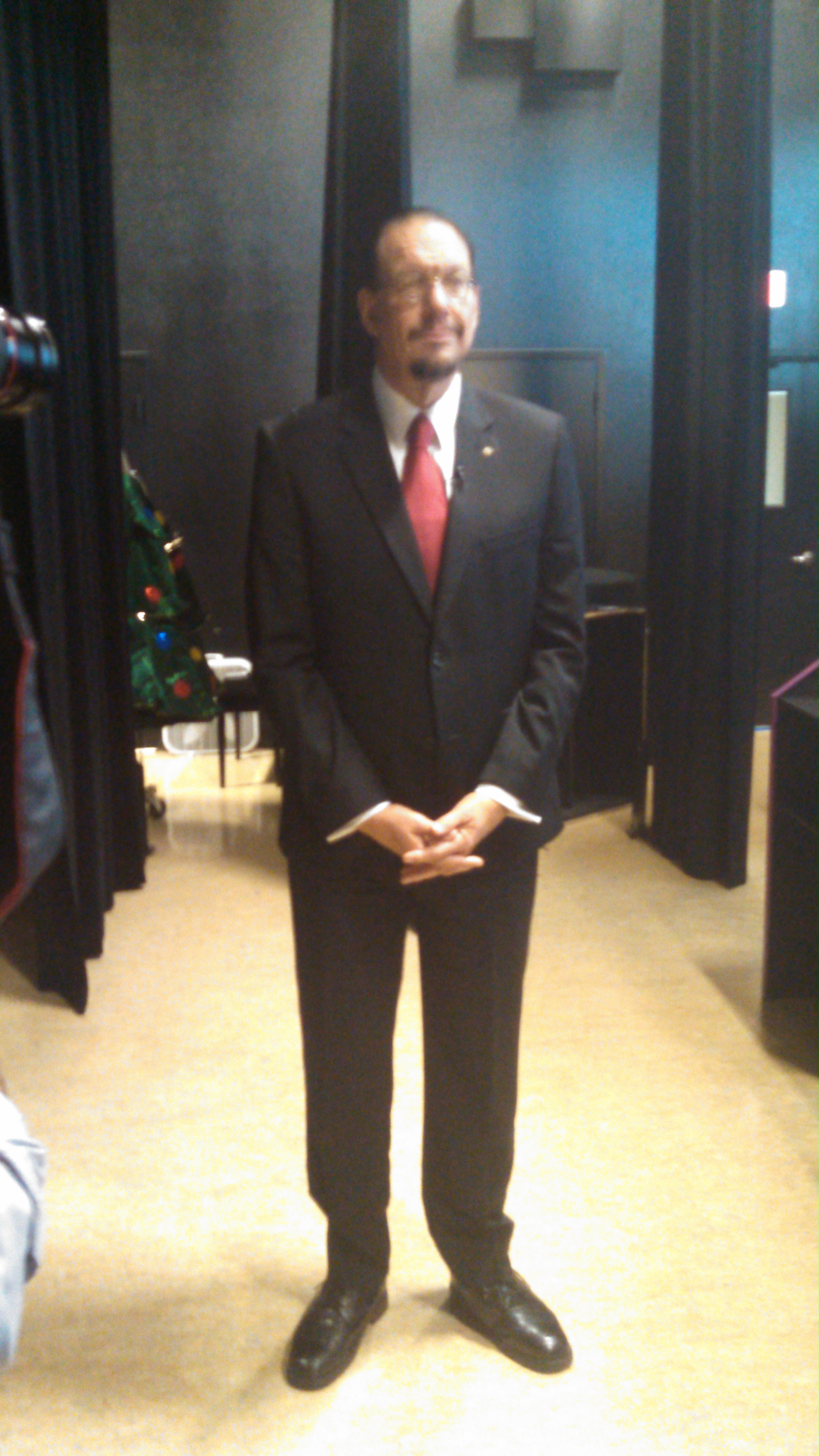 LP Nevada is profoundly grateful to Penn Jillette for hosting this debate (and also to Teller for coming to show support).  He took time off that day from making a film to participate in this important step in the political process. Many thanks also to OUT For Liberty's Brandon Ellyson, who made this event possible in the first place, and worked tirelessly to see this through. Because of Brandon Ellyson, LP Nevada chair Brett Pojunis, and Penn Jillette, this is the third nationally televised Libertarian debate after John Stossel's debate on Fox Business and the Russia Today debate, which included Kevin McCormick and Darryl Perry. 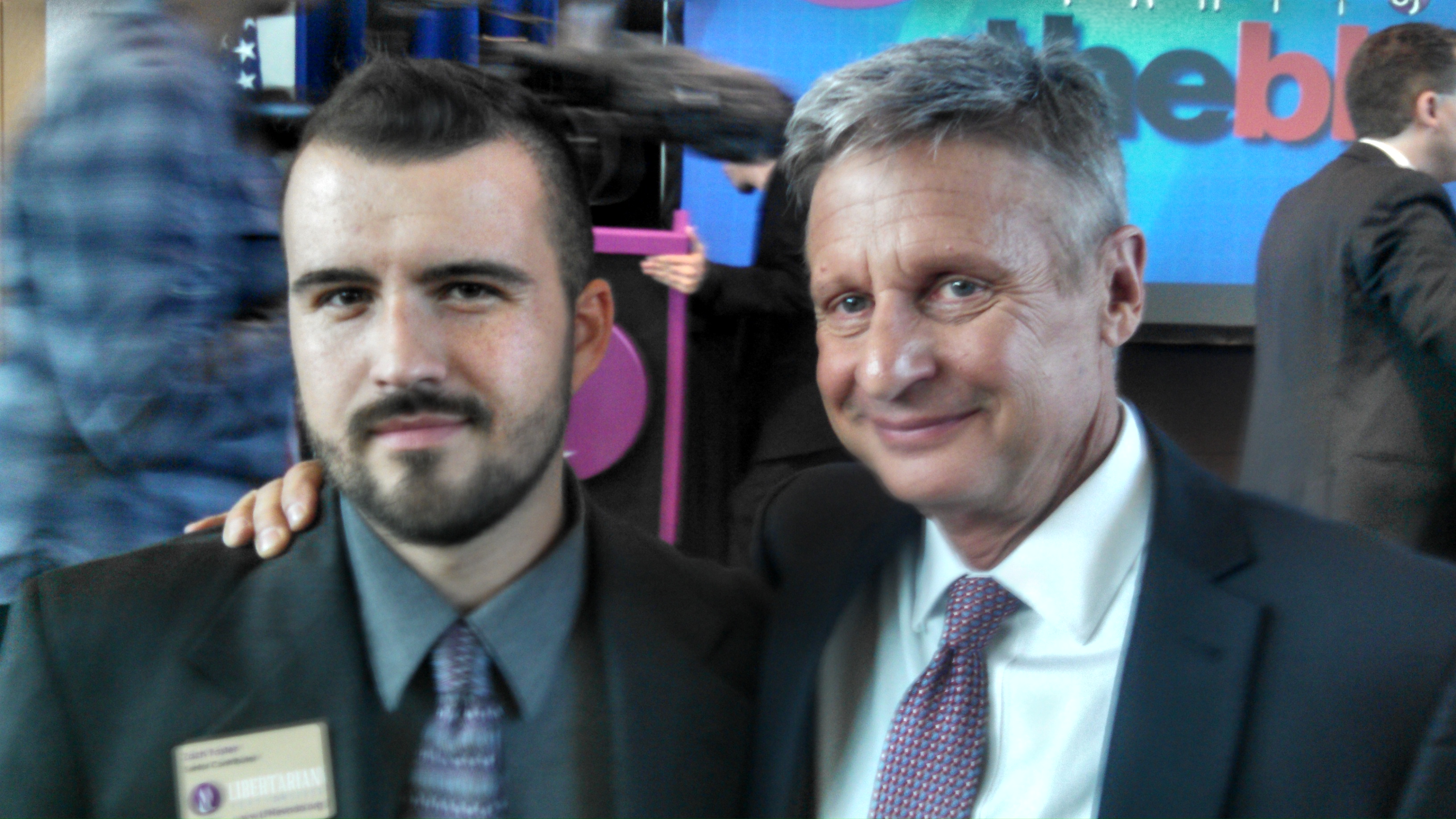 One of the most interesting segments of the debate was the phase including video submissions of celebrities asking questions for the candidates to answer.  Twisted Sister's Dee Snyder asked "What the f--- is a Libertarian and how the hell are you going to save us from Donald Trump?!"  Other questions were submitted by Carrot Top, Clay Aiken, Derek Washington, and physicist Lawrence Krauss.  Next, another set of questions was asked by Nevada Libertarian candidates including Assemblyman John Moore and State Senate candidates Kim Schjang and Lesley Chan. 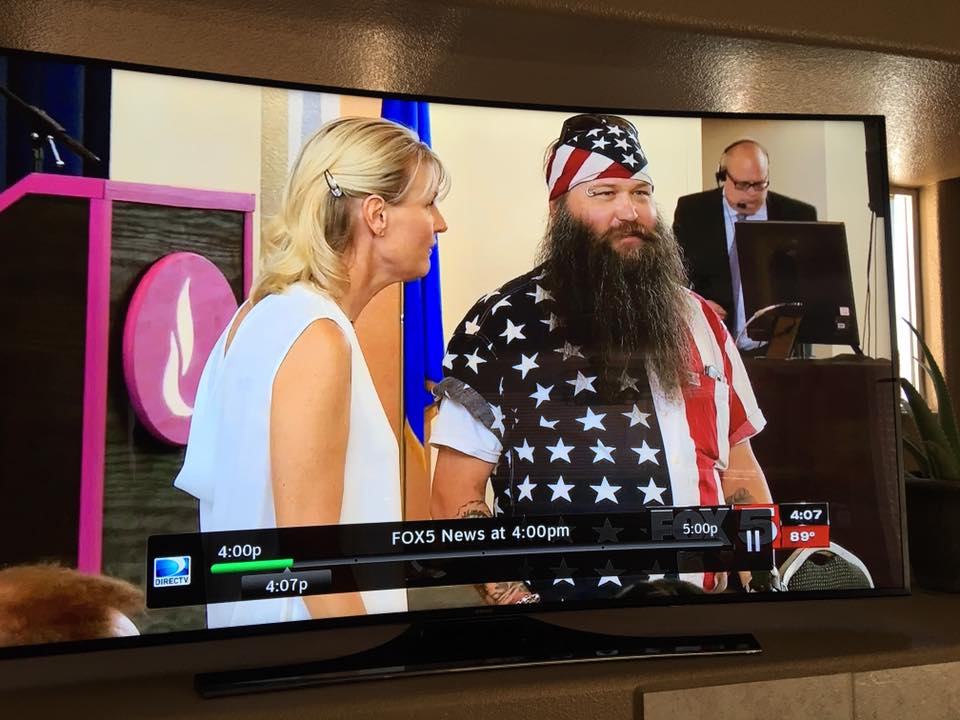 After the debate finished, a post-debate discussion panel was led by LP Nevada state chair Brett H. Pojunis. Participating in the panel were Libertarians Drew Johnson and Geoff Lawrence.  The crown jewel of the panel was local international celebrity Rick Harrison of History Channel's Pawn Stars, who strongly identifies as libertarian.  Even Sarah Miller from NBC's Strong surprised us when we spotted her in the audience! 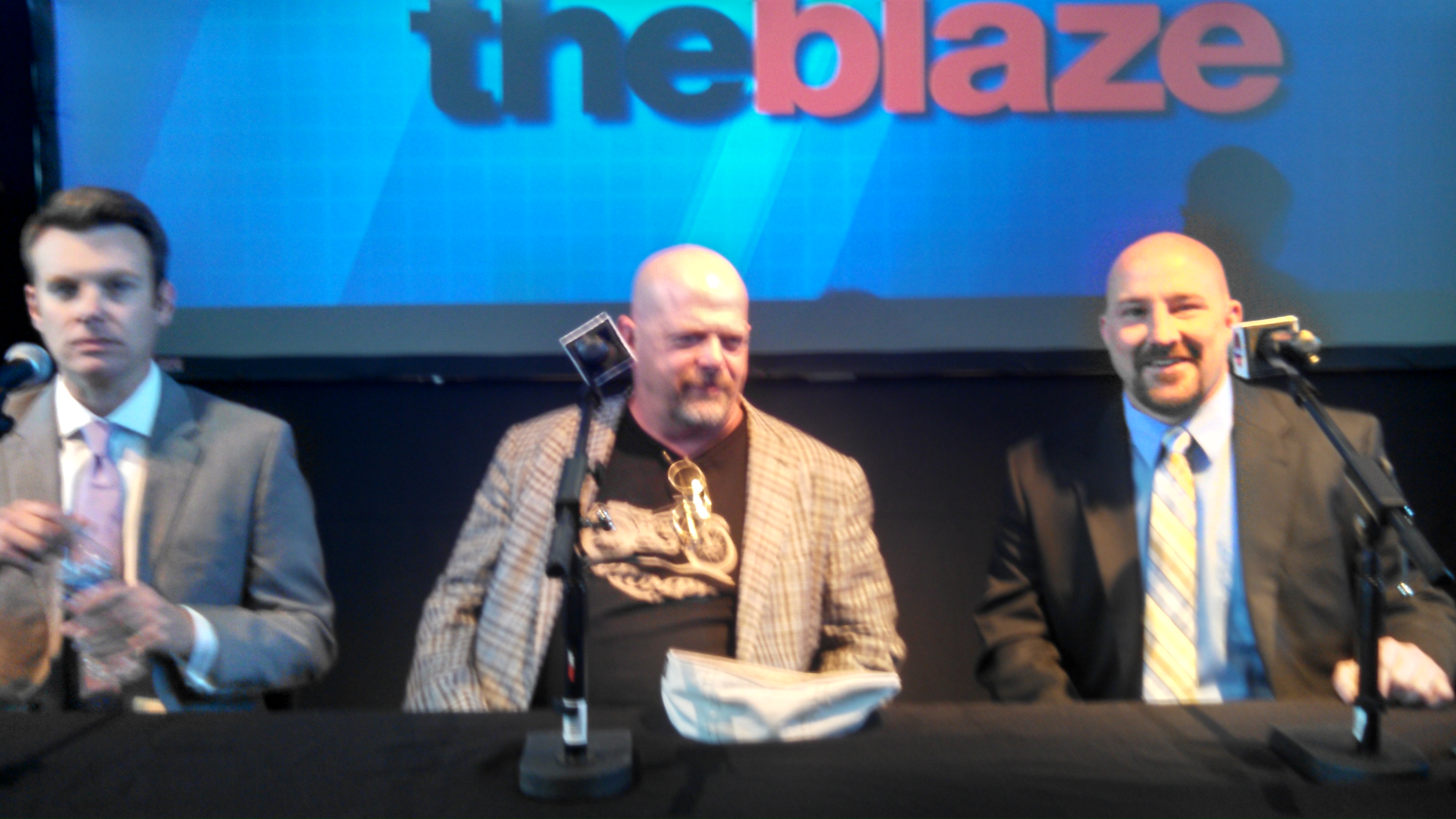 Following the discussion panel, interviews were done.  LP Nevada's Senior Contributor Zach Foster was interviewed by Fox 5 News and Noize TV, and then he interviewed libertarian activist superstar Adam Kokesh.  (The video of the Adam Kokesh interview will be released in a few days.) 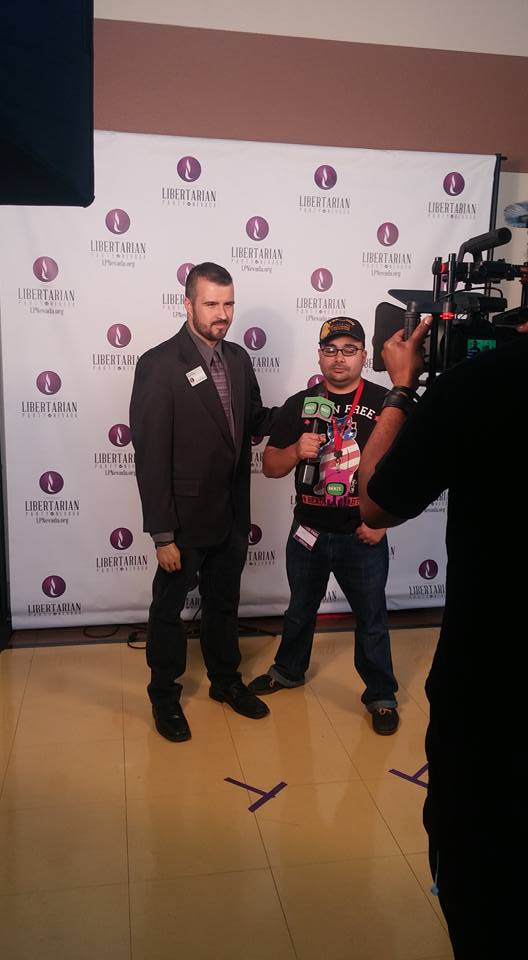 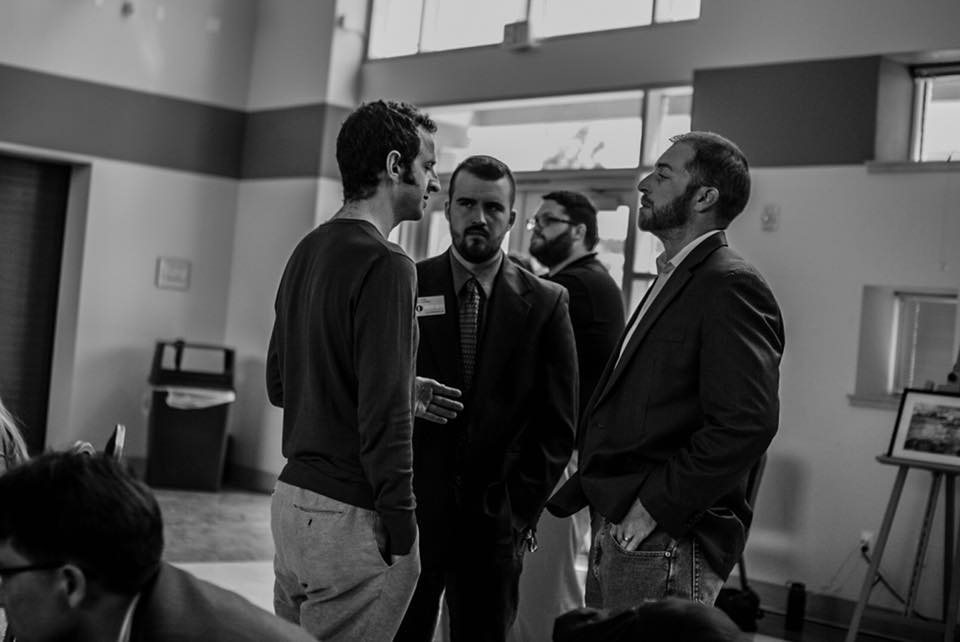 LP Nevada's OUT For Liberty (LGBT) caucus hosted a candidate meet-and-greet at the Phoenix Bar and Lounge.  Multiple candidates, their staffs, LP Nevada supporters, and the press mingled at the bar and networked with each other and with members of the LGBT caucus who frequent the Phoenix. 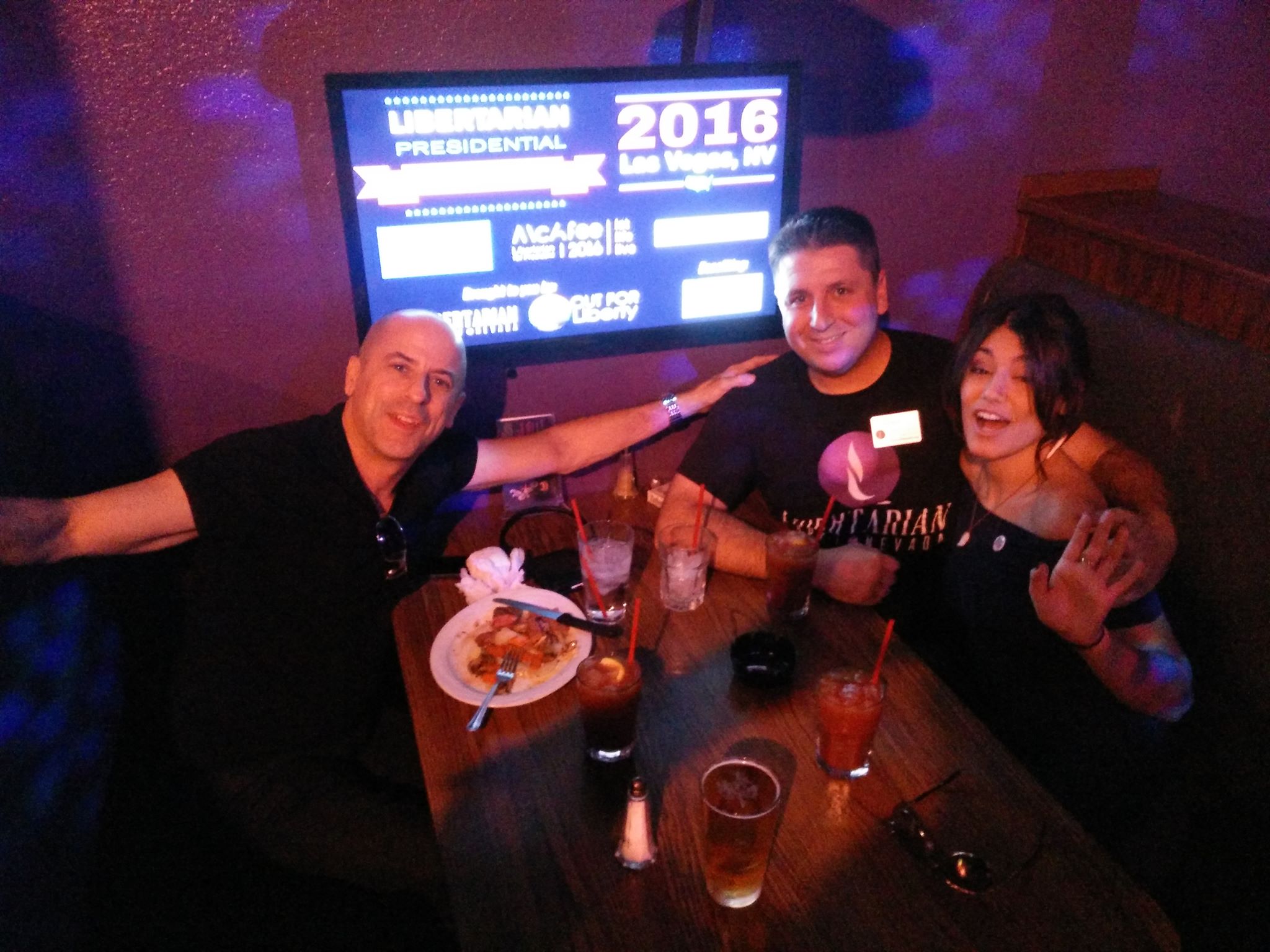 After the meet-and-greet at the Phoenix, the McAfee campaign hosted a party in a fabulous hotel suite on the 68th floor of the Cosmopolitan hotel and casino!  Zach Foster then interviewed Vice Presidential candidate Judd Weiss for the LP Nevada blog. (The written interview will be published in a few days.) 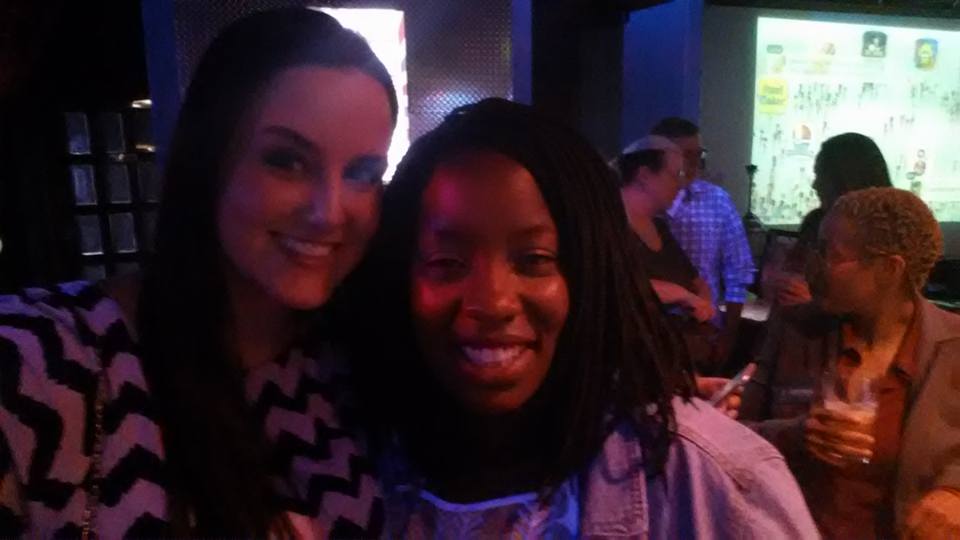 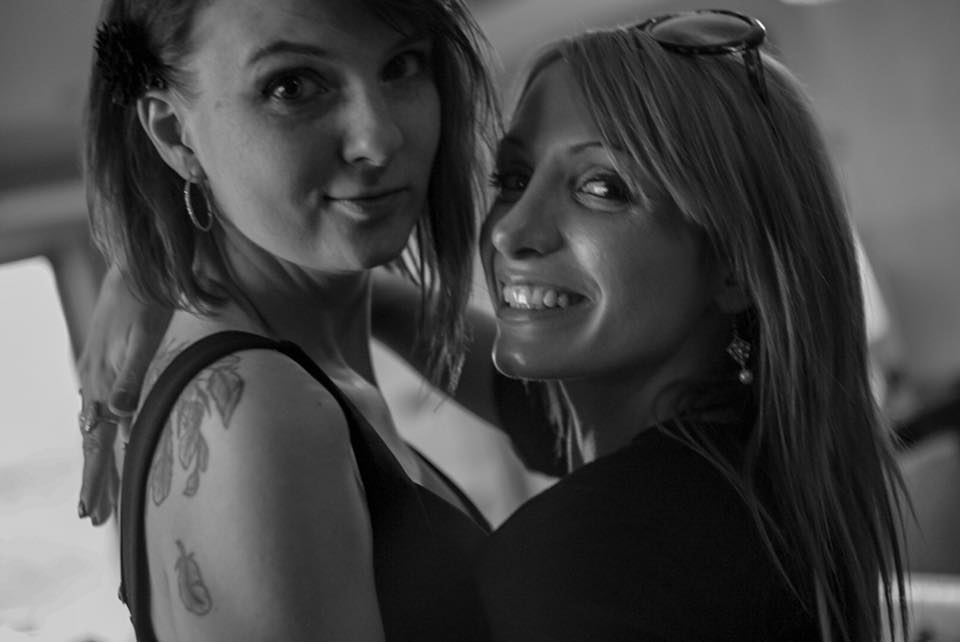 Overall, the event was a stunning success that helped put the Libertarian Party in the public view.  The debate has already been written about by Fox 5 and by Reason's Brian Doherty, with more coverage to come over the next few days. 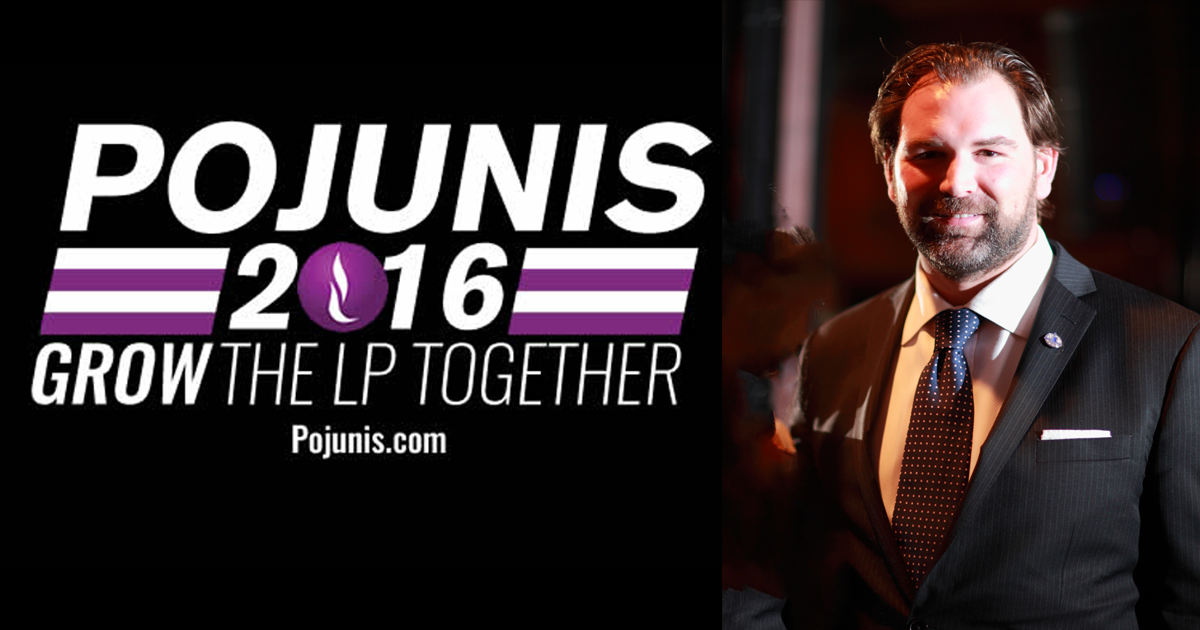 This event is also a strong testimony in favor of supporting Brett H. Pojunis in his campaign for Chairman of the Libertarian National Committee.  LP Nevada is helping put the Libertarian Party on the map! 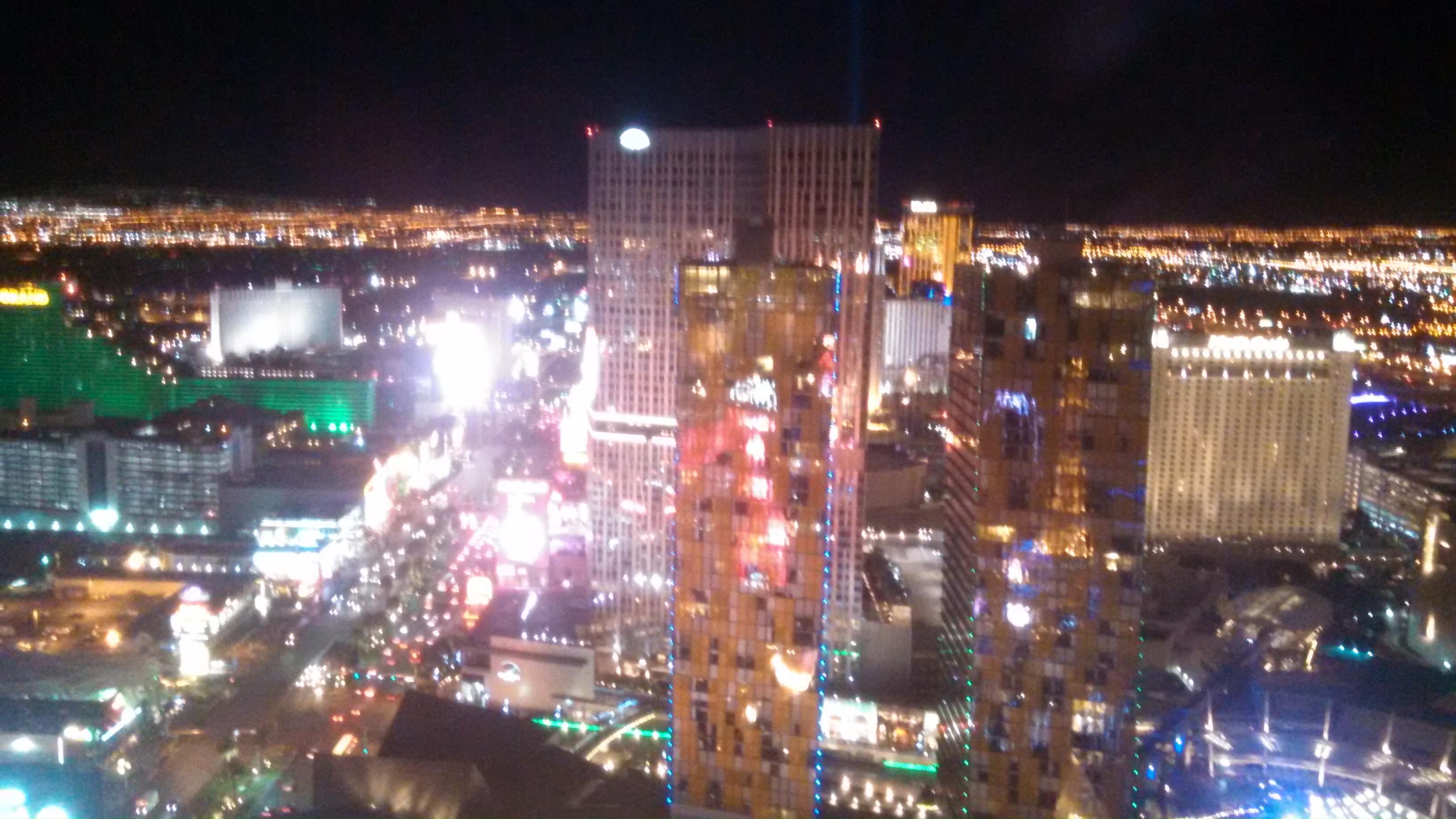