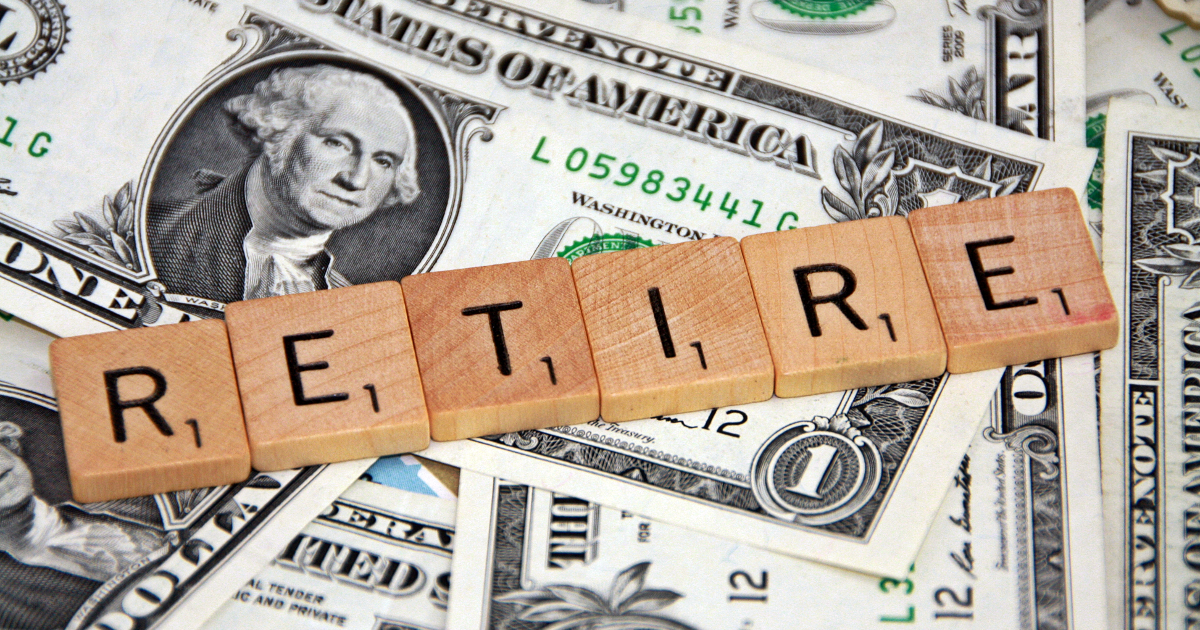 Long ago, most people had to work nearly all their lives because very few folks could accumulate enough resources to support their families without working an occupation.

The rise of modern commerce, money incomes, banking, etc. made possible saving and investing for a non-working retirement, a great social and economic development. For an individual, the idea is simple. You save money from your regular income and invest it prudently. If you do so long enough, you expect the account to grow big enough that you can retire and begin to draw it down over your remaining years.

An individual can plan his retirement by setting the amounts saved from each pay check and then making assumptions about how well his investments will do, how long he will live and thus how long he must work to accumulate enough to cover his remaining post-work years.

Things may work better or worse than planned, but the individual makes his decisions about how much to save, how long to work, how to invest and how much to draw in retirement. So, he can’t, for example, assume high investment returns to allow him a short working life with modest savings followed by a long prosperous retirement. Well, he can assume all that, but there’s no one to cover the risk that his assumptions are not reasonable or otherwise do not work out. So, he has to live with the fruits of the decisions he makes.

However, when an employer offers a collective pension plan to its employees, decisions on managing that plan are made by a board representing the employer and the workers. The choices made apply to all employees, who thereby lose control to the agents running the pension.

The first question these agents face is whether the pension should be a defined contribution (DC) plan or a defined benefit (DB) plan. In a DC plan, the level of benefits retirees get is determined by the contributions and the actual investment returns realized by the plan. If the investments turn out well, it’s a golden years retirement. If not, retirement life style may range from modest to desperate.

In a DB plan, however, the various risks of the plan (mainly investment results) are shifted from the plan participants with whom they naturally and fairly lie to the employer and thus to the stockholders or taxpayers. Having participants carry those risks is fair because the sum of their current pay and the employer’s contribution to the retirement plan is the current value the employer pays (and the employee receives) for the current service rendered. In accounting terms, the matching principle is satisfied.

Employee agents want to shift the risks to the employer so they can tell employees that they will be taken care of for life.

One of the classic failures of management in the private and public sectors is that agents for the stockholders or taxpayers, being naturally conflict averse and inclined to believe in their ability to project investment returns, have widely given in to employees and created many DB plans. In part, this failure results because when the optimistic investment return projections are not realized, these agents will already have retired from the board and so it is difficult to hold them meaningfully accountable.

Almost inevitably, agents for the two sides make many optimistic assumptions about future returns and thus avoid requiring realistically high contributions from current employees and stockholders or taxpayers to the DB plans.

Eventually, the unsustainability of the assumptions game comes out as the DB plans collapse financially. This is what previously caused many private pensions to switch to DC plans, and it’s why public pensions all over the country are in trouble.

It’s also why the Controller’s office will propose in the next legislative session a bill to let Nevada public employees on a voluntary basis get control of their own pensions.