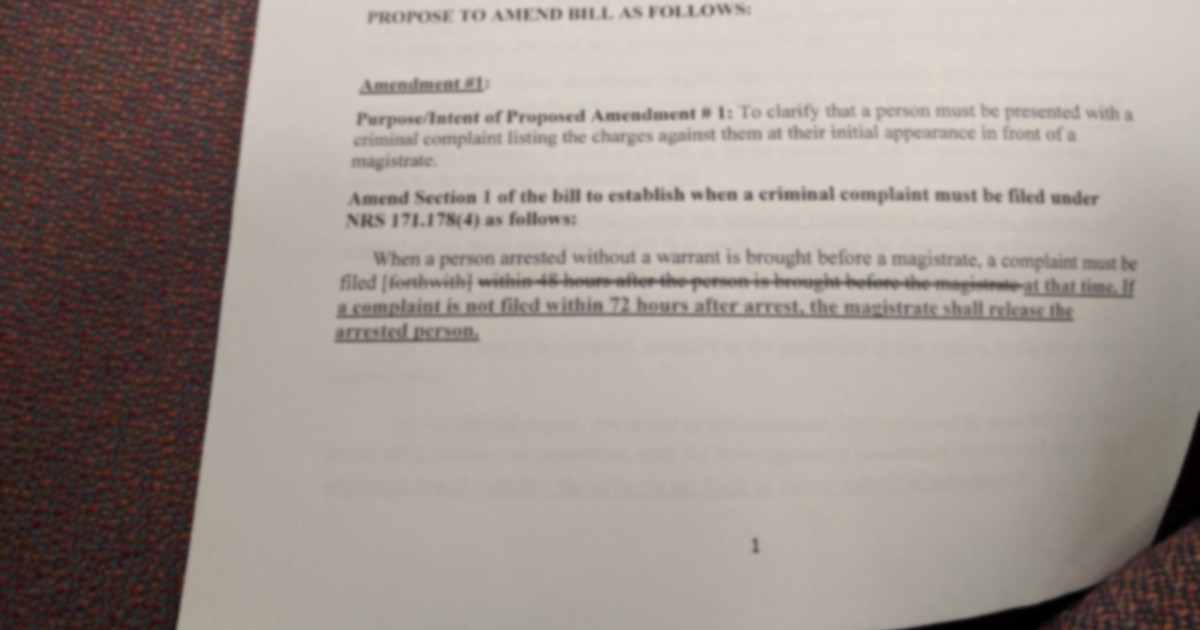 This is one of the statements submitted by Wendy Stolyarov, Legislative Director for the Libertarian Party of Nevada, to the Assembly. This statement expresses support for Assembly Bill 303.

The Libertarian Party of Nevada, despite generally preferring free markets and their outcomes, sees an exception with regard to for-profit prisons. First, we believe that running the prison system falls within the responsibilities of the state, in much the same way judges and peace officers do. Second, the War on Drugs and the private prison industry create a web of perverse profit motives.

The incentive for a private prison is not to serve the inmate, but to decrease per-inmate costs and increase per-inmate revenue as much as possible. They’re also incentivized to maximize the number of inmates, decreasing the focus on rehabilitation or potential early release. For private prisons, the client is not the inmate; the state itself is - and they aren’t focused on the taxpayer’s bottom line, but their own. These well-connected corporatist entities choose to cut corners at the cost of inmates’ rights, liberties, and well-being.

The Libertarian Party of Nevada believes that AB303 is one of the most significant bills to come out of the Legislature this session, and we strongly support it. Private prisons are clearinghouses for state-sanctioned abuses of their own citizens - the worst kind of public-private partnership.