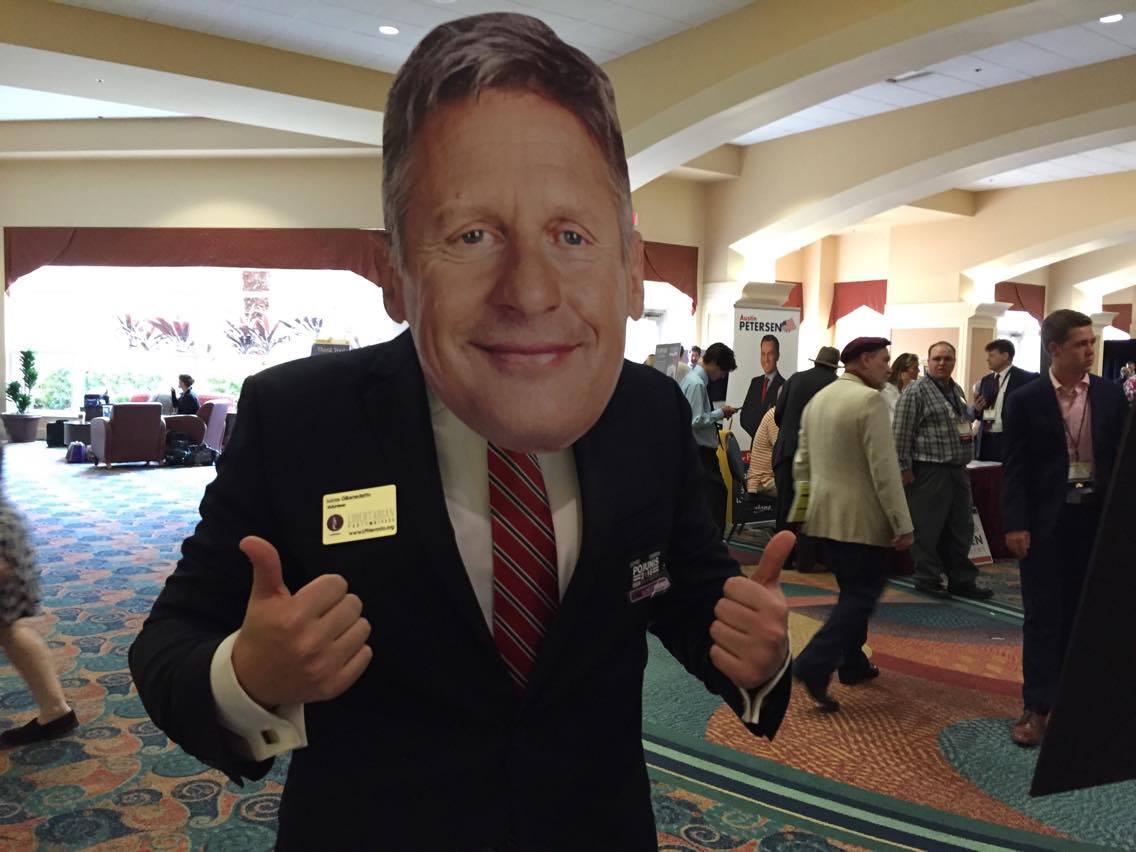 This was my first time attending a Libertarian Party National Convention. I didn’t really know what to expect when I arrived, but I was excited for the opportunity. This was a brand new experience; it was also a good excuse to wear my suit! Here’s what happened on Day 1.

The first experience I had as a delegate was during the Bylaws portion of the convention. We went along the list of proposed changes and were given the opportunity to debate them and take a vote. The National Chairman, Nick Sarwark, moderated the Bylaws debates and took votes. Pretty much everyone who wanted to speak had the opportunity (given the time allotted hadn’t expired). He also provided a system to go back and forth between those in support and those against the proposed change to allow both sides equal speaking time. The Bylaws portion of the convention has been my favorite so far. There were a few proposed changes that were not in line with libertarian idealogy. The one that stuck out the most was the proposed change that you can only be a delegate for the National Convention if you are a dues-paying member of the National Party. (The original Bylaw stated something along the lines of, you could be a delegate if you were a member of the National party OR a state-affiliate.) The new Bylaw would have forced every delegate to pay the National Party an undetermined amount of money to be allowed to attend the next convention as a delegate. Luckily, there were enough sensible delegates in attendance that the proposed change failed.

There were a few things I did not like about the convention. One issue I had was with the people who were not acting professionally during the convention. At one point a delegate shouted out, “Traitor!” at the delegates in favor for deleting the Abortion plank of the platform so that it could be revised and reworded. Another action that was unprofessional was that certain delegates were walking around with thumbs up/down signs and flashing, red lights in their hands while a debate was underway on the floor. This sort of behavior seemed very distracting and disrespectful to the delegates trying to make their case during the debating process.

I’m not a stickler for appearance and I certainly understand if you cannot afford a suit to wear. However, my issue was with the delegates who purposely chose unprofessional clothing, which in my mind was disrespectful to the proceedings and served only to make the convention look like a joke. Many of the news outlets that attend the convention purposely don’t interview the nice, polished, and respectful delegates who present the best of the party. They are there to help discredit any 3rd party option and the delegates acting and wearing unprofessional clothing are the ones they target for interviews. It’s my hope that states will be more selective in the delegates they send to the National Convention in the future.

So far I have enjoyed my time at the convention and I believe it has been a great experience. Even though the convention is only half-way complete, I already know I want to attend the next one. Fortunately, the majority of the Libertarian party delegates are good at debating their point of view on issues in a manner that is respectful (and for the most part logical). If a compelling argument is presented before them that is different than the idea they hold, they will think about it; if it makes sense they will change their opinion. Even if the two sides can’t convince each other, there is a mutual respect for the other individual and they can move on without any emotional outbursts. I believe that’s what sets the Libertarian Party apart from the Republicans and Democrats. I am looking forward to the most exciting day of the Convention, Sunday, when we choose our Presidential and Vice-Presidential nominees – my vote will help select the persons on every ballot in all 50 states.