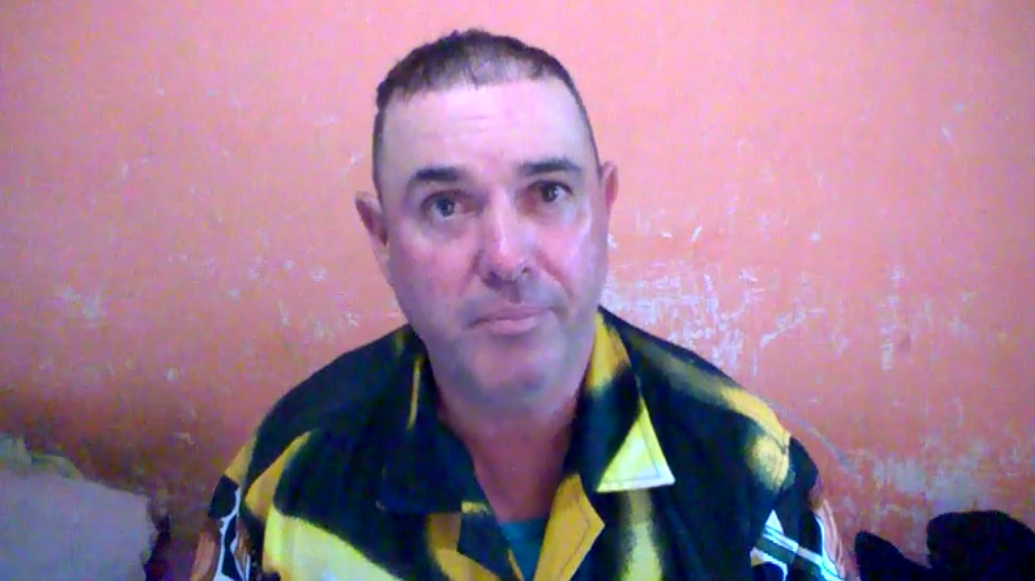 On behalf of the Mises Institute Cuba, the Libertarian Party of Nevada is pleased to announce the release of Eduardo Ramos Balaguer after a one-day detention.  Eduardo Ramos is a proud libertarian, a member of Mises Cuba, and a co-founder of the Benjamin Franklin Libertarian Library in Havana.  Ramos was arrested by officers of the National Revolutionary Police and State Security agents (the secret police) early in the morning.  The international libertarian community began protested against this arrest awithinh an hour, with many libertarians directly contacting various human rights watch groups and protesting to Cuba's Ministry of Foreign Relations.  Ramos and a 5th arrested libertarian [name not yet publicly disclosed] were released after a one-day detention.

In a Spanish-language video released to Facebook by Mises Cuba, Ramos gives the details of this blatant violation of civil rights.  [With editorial explanations in brackets] Ramos says:

Good afternoon.  My name is Eduardo Ramos Balaguer.  I'm a libertarian.  Today around 6 or 7 AM as I left my home, I was intercepted by the National Revolutionary Police who took me away to asnother place [where they planned] to pick up another [libertarian] brother.

When we got to the police station near the Civil Construction where we were interrogated by people from State Security [the secret police], during which they told us not to visit the political prisoners [Ubaldo Herrera Hernandez and Manuel Velazquez Visea].  [They told us] we shouldn't be engaging in activities in opposition to the State, advocating for the freedom of Ubaldo and Manuel.  We were detained at the police station over 4 hours and then we were threatened that the Benjamin Franklin Libertarian Library [a working library where Havana libertarians study and have meetings] only exists at the whim of State Security.

Ubaldo Herrera Hernandez and Manuel Velazquez Visea are the first two Cuban libertarian political prisoners to be arrested by the political police.  Herrera and Velazquez were both arrested around 8 PM on the night of February 2.  Keep in mind, Cuba has very little electrical infrastructure, so the darkness works to the police's advantage.

Herrera and Velazquez had been under surveillance by State Security for the political crimes of distributing literature about limited governments and free markets, both of which are antithetical to Raul Castro's Marxist-Leninist regime. They were convicted in a kangaroo court on trumped up charges of attempted assault and have since been imprisoned at Melena II [also known as Melena del Sur], one of many labor prisons in the Cuban Gulag.  They currently face criminal charges of distributing enemy propaganda.

A third libertarian, Armando Noboa, member of the Benjamin Franklin Libertarian Library, was arrested in March as he walked out of a libertarian conference.  He was detained for a day and released after being interrogated by State Security and getting a rough beating.  Eduardo Ramos and the other libertarian brother are the 4th and 5th libertarians to be targeted by the Cuban regime.  Meanwhile, Herrera and Hernandez are educating fellow political prisoners about the philosophy of liberty.  Sympathetic inmates aligning themselves with the libertarians are René Ronco Machín, Rolando Guerra, Roser Ayala García, and Rafael Averof Rodríguez.

Cuba's libertarians are officially asking for help from the international libertarian community.  Help us increase hte demand for the prisoners' release and help keep the regime accountable by reporting the prisoners' names to human rights watch groups and other interested political groups.  We recommend Amnesty International, The Cuban Observatory of Human Rights, Human Rights Cuba, and the Cuban Commission of Human Rights and National Reconciliation.  (Come on folks... all you have to do is write a 4-sentence email with the prisoners' names, the false charges, what prison they're in, and that you're concerned that they're regularly beaten or tortured.  You can send the same exact email to all 4 organizations.)

To give a much-needed Bitcoin donation, which literally helps keep the lights on and keeps the Cuban libertarians connected to the outside world, or contact LP Nevada for the Mises Cuba Bitcoin wallet information.

Finally, you can donate to Mises Cuba with PayPal. In the wrecked Cuban economy, every single dollar, peso, and Euro truly counts.  Even if you're short on funds and can't spare $3 or €2, you can still be a big help by sharing this article link with several people who can.  Every single effort that moves this libertarian cause forward is the crucial difference between giving in to evil and boldly fighting against it.