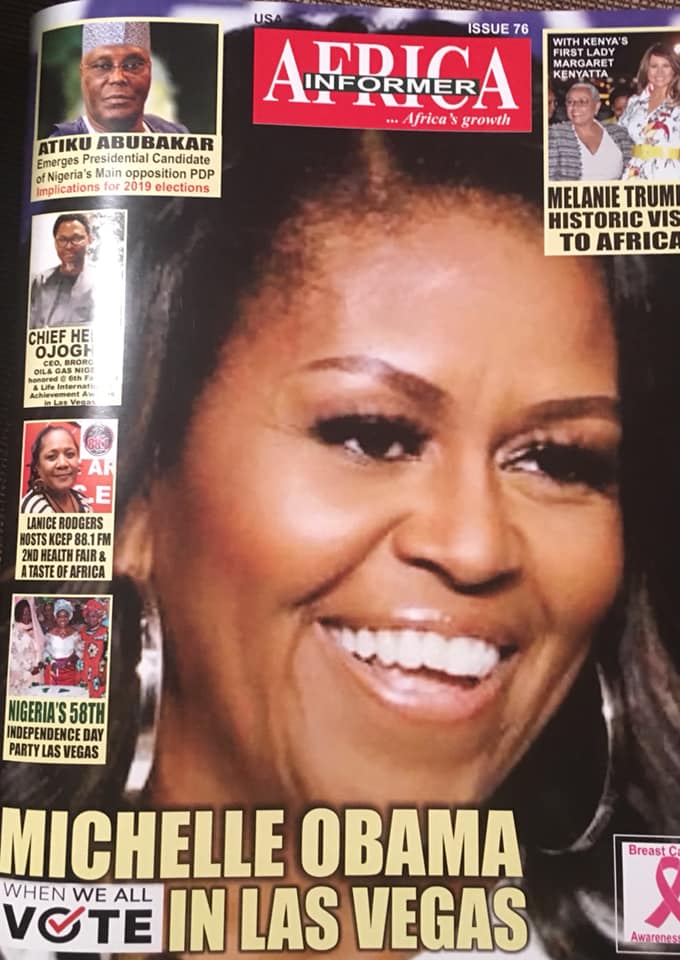 Robert Strawder is the talk of the town in Las Vegas. Known as 'Vegas Don' in hip hop circles and celebrated for being a member of Digital Underground, Strawder is taking his message of freedom to the urban community. Just days ago, Robert Strawder was featured in Africa Informer magazine. The Libertarian Party of Nevada is thrilled that an LP candidate is being covered for his run for office, especially in a culture magazine that targets a demographic the LP has a tough time reaching. 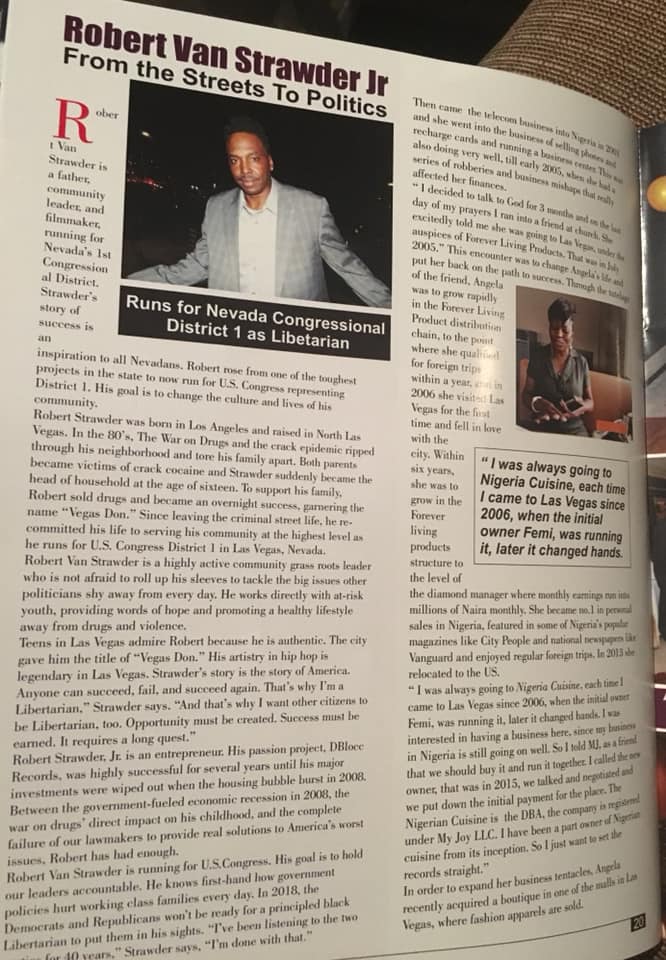 This weekend Strawder performed at the Waking Up As One Nation community rally in Las Vegas, hosted by Councilman Bob Coffin, where the Vegas Don demonstrated his rhymes and handed literature to hundreds of urban families, especially workers.

When LP Nevada first nominated Robert Strawder, he was lonely known in the hip hop scene. Now, people all over town recognize the face of the Libertarian on the purple signs all over town. They've heard about him being endorsed by Shock G of Digital Underground; they read the article about him in the Las Vegas Review-Journal; they heard his interview on Veterans in Politics; and his high-quality TV ad was covered by the Independent Political Report.

With the general election only days away, people are wondering what Robert Strawder will do. Will he stay in the Libertarian Party? Will he leave politics and focus on his music and making the sequel to his indy film? Well, he definitely will keep working on his music and movies, but Robert Strawder the Libertarian says he's not going anywhere. The Vegas Don says he's staying with the LP. He doesn't trust the other two parties for the damage they've done to America, but "the Libertarians had my back. Now I'll have their back." After the general election in a few days, Strawder will focus on launching a nonprofit organization that will continue the work he does with intervention in the lives of highly at-risk youth.

Even after the 2018 general election, Robert Strawder will continue to be the talk of the town.