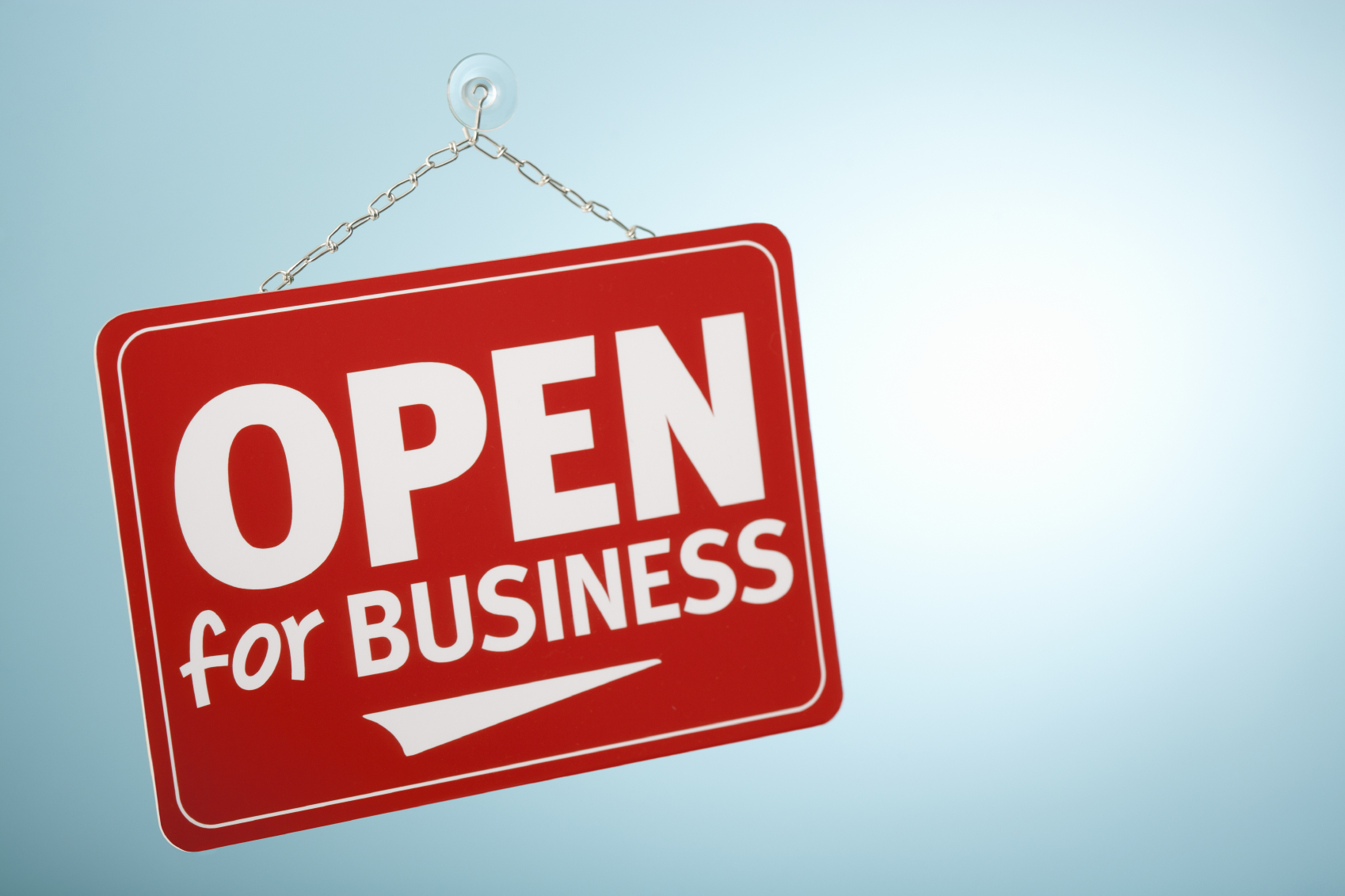 What do we mean when we talk about an ‘economy’? What is an economy? I’ve asked this question to many people, and virtually all of them struggle to answer it, even economists. Most answer this question by explaining the characteristics of economies: a system of exchange or supply and demand, for example. How would you answer it? Based on your answer, answer one more question: what does it mean for an economy to grow?

I’ll tell you how I define an economy: an economy is how well we make ourselves with the resources we have at hand. It is the total well-being, in the aggregate, of a populace through the production and consumption of goods and services.

Under this definition, we can very clearly see what it means for an economy to grow—an economy grows when we increase total well-being using the resources at hand. In other words, it grows when our lives get better.

So how do we accelerate such growth? This is the question drives the entire profession of economics. It is the question that Adam Smith, widely regarded as the father of modern economics, asked in his An Inquiry into the Nature and Causes of the Wealth of Nations. And it’s the same question that drives the economists of today, who debate the different factors that contribute to economic growth, stagnation, or decline.

If you look at the history of the world, something changed right around 1800. This chart, created by the Our World in Data project from data collected by the Maddison Project, clearly shows it. For the history of humankind, economic growth was paltry, sluggish, and constant. Increases in human well-being were small and hard to come by. The human race was in a constant battle for its very survival. But at the turn of the 19th Century, almost suddenly that all changed. Growth turned exponential. 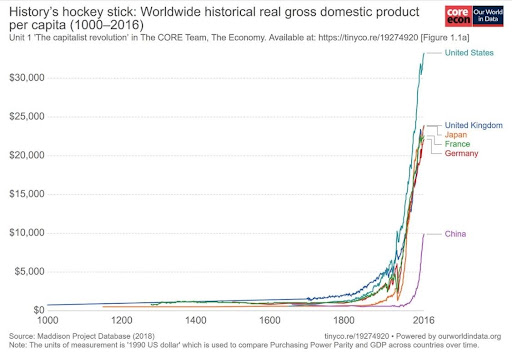 What happened right around 1800 that could explain this? You may be tempted to say the Constitution, or economic freedom, or the Enlightenment. All such answers are partially correct. But the real answer is entrepreneurship.

Entrepreneurship is the engine of economic growth. Recall my definition of an economy—the total well-being of a populace achieved in the production and consumption of its resources. What increases our well-being? Or who increases our well-being? John Rockefeller, Alexander Graham Bell, Andrew Carnegie, Thomas Edison and Nikolai Tesla, Henry Ford, Philo Farnsworth, Steve Jobs, and Elon Musk, for example. It is entrepreneurs who create new and better things—who innovate—and commercialize those innovations in ways that bring them to reality and make them available for consumers.

It is common for old-timers to pine for the good ol’ days. But none of us, when really pressed, would really prefer to live 50 years ago. The advances in technology are so stark that, going back even 20 year would feel archaic. You would no longer have that device in your pocket, which has access to the vast array of games, media, and information, that you can’t go more than an hour or two without checking. You would have to drive to the store every time you want something, and only if they have it—if you want something the local store doesn’t have shipped to you, it’s going to cost an arm and a leg and take 2-3 weeks. You might have just one family phone line so that whoever is closest to the phone has to answer and pass it to whoever it’s for. You might even have to, heaven forbid, manually roll down your car windows to get some fresh air.

When we fondly remember the past, we often forget the challenges of the time period that we no longer deal with—in part because we were just used to them at the time. It is difficult, sometimes, to see just how much easier life has gotten over the years. But entrepreneurs keep creating new and better things for us, or creating new ways of creating familiar things cheaper and better. That is, entrepreneurs keep finding new ways of doing more with less, of creating higher standards of well-being with the scarce resources that we have.

If we want to accelerate economic growth—if we want to achieve a higher standard of living for Nevadans—we need to unleash entrepreneurship. But how?

As it turns out, policy makers can’t really do much at all to increase entrepreneurship. Virtually all policies and regulations serve to stifle entrepreneurship, to make it harder to innovate and start a business. Governments will sometimes put policies in place meant to encourage new businesses—creating accelerators, grant programs, and so forth. These have had mixed results, largely because they can only afford to enact such policies through taxation and regulation, which encumbers the economy. In fact, the best thing that policy makers can do to encourage economic growth is to get out of the way.

Of course, this is somewhat too broad of a blanket statement. What about the rule of law? What about infrastructure? What about intellectual property? Aren’t these vital to entrepreneurs too?

These are good questions that I can’t do justice to here. Yes, entrepreneurs need good and stable socio-economic institutions within which to operate. An important question that is rarely asked, however, is whether government should provide these institutions top-down, or whether they should be created and managed by other entrepreneurs. I will leave a more in-depth discussion of the possibility of entrepreneur-created economic institutions and infrastructure to a later time. For the time being, let us grant that these are done by governments, but should be done much better.

What can be done now is for Nevada’s local and state governments to take active steps toward removing themselves as roadblocks to entrepreneurship. Policy makers tend to feel like they are helping and strengthening their economy by protecting its businesses. Can you imagine what life would be like if policy makers protected the horse and buggy industry from Ford, Durant, Chevrolet, Whiting, Sloan and other automotive entrepreneurs? What would life be like if Standard Oil was protected from Edison, Tesla, Westinghouse, and Morgan’s efforts to electrify the nation? We don’t increase our well-being by protecting the old from the new.

Americans and Nevadans have fallen for the myth that protecting businesses is protecting the economy. It’s not—it hurts the economy by impeding its progress. Yes, it is hard and frustrating for displaced workers to lose their jobs. Such is the price to pay for economic growth and the betterment of all. But if our government would refrain from its protectionist policies, businesses would no longer be able to sit pat and expect to survive—the mantra would become ‘innovate or die,’ as it should be.

It is time for policy makers to stop benefitting the few at the expense of the many. They are incentivized to do so because it’s those few businesses that want to be protected who contribute to political campaigns. We Nevadan’s have to be smarter. We can’t fall for this. We can’t stand for this. They are stealing our economic future out from under us to enrich companies that will not or cannot compete through innovation and entrepreneurship.