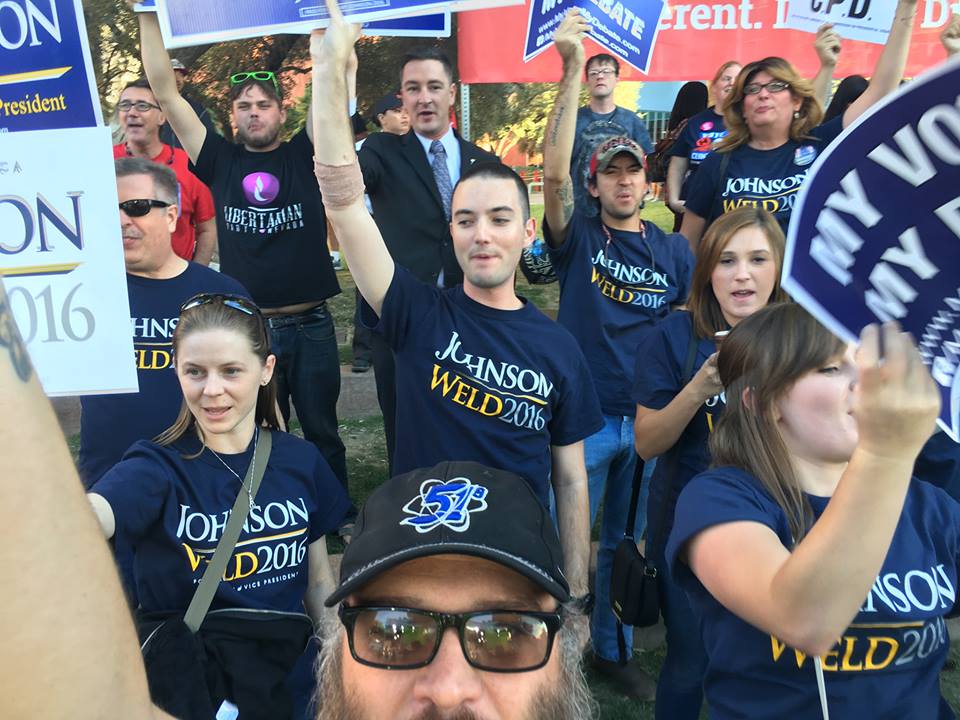 Overall, Governors Gary Johnson and Bill Weld had a busy week!  Both former governors have been speaking at Libertarian rallies across America.  Tuesday night, Gary Johnson came to Las Vegas and sat down for a 30 minute interview with CNN's Dana Bash for Politics on Tap.

Following the interview with a hostile, sleep deprived, cranky CNN cast and crew, Governor Johnson and LNC Chair Nick Sarwark joined LP Nevada chair Brett Pojunis for a rally at the Tommy Wynn Theater on the Las Vegas Strip.  The rally promoted the whole LP ticket, from Johnson-Weld for President and VP to Kim Schjang, Jonathan Friedrich for Senate, and HBO star Dennis Hof for Assembly.

Governor Johnson even gave a more detailed explanation of the situation on the ground in Aleppo than either Hillary or Trump have given this whole campaign season.  It included skepticism on Hillary's dubious no-fly-zones, and the obvious implications for war in the ex-Secretary's aggressively interventionist foreign policy.   But hey, everyone was already a distinguished subject matter expert on Aleppo before Gary Johnson's infamous moment, right?  We'll pretend those millions of Google searches never happened...

On his end, Governor Bill Weld spoke at a Libertarian rally in Dallas and was recently recorded a great audio interview with Glenn Beck.  While in town, Nick Sarwark, in an interview with Nick Gillespie for the Reason Podcast, spoke highly of Gary Johnson's unprecedented success and the positive implications for the Libertarian Party. 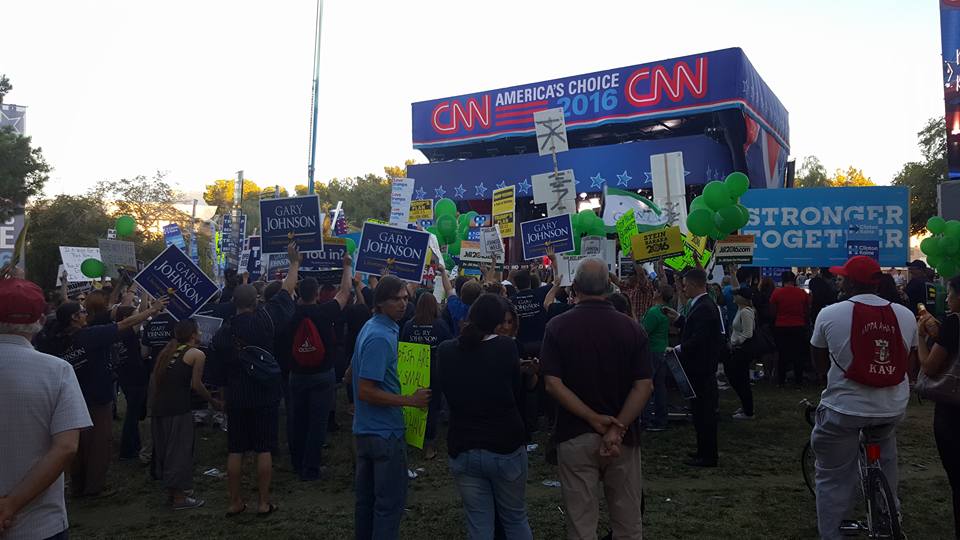 Yesterday evening, Nick Sarwark joined Brett Pojunis and dozens of angry LP Nevada activists in protesting the rigged debates.  Nevada's Libertarians were active and vocal in their anger at the blatant moral and political corruption in the Democratic and Republican presidential candidates, in the Commission on Presidential Debates, and in the entire two-party system.  At one point, Chris Matthews apologized to MSNBC's viewers over suggestive language the cameras were catching from the crowd.

While the Libertarian Party of Nevada reminded the world that America has a third option (and one who's neither corrupt nor ego-maniacal), Governor Johnson live tweeted the joke of a debate.  Some tweets were zingers, others were genuine and thought-provoking (see them here).  Immediately following the debate, Governor Johnson was interviewed on Jimmy Kimmel Live!  As hard as Jimmy Kimmel tried to start a marijuana session on camera, Governor Johnson deviated from the political norm and behaved like an adult.

The Libertarian Party is faced with a historic moment this election, and dedicated Libertarians are stepping up to make their voices heard.  If Governor Johnson gets even one small state's electoral votes, the election will likely go to the House of Representatives.  This isn't a pipe dream.  Despite Johnny-come-lately upstarts like neoconservative Evan McMullin and Ohio's folk hero Richard Duncan being thorns in the LP's side, Gary Johnson is polling at 20% in key Central Plains states.  Governor Johnson even crushed Hillary and Trump in the Ohio Secretary of State's mock election. 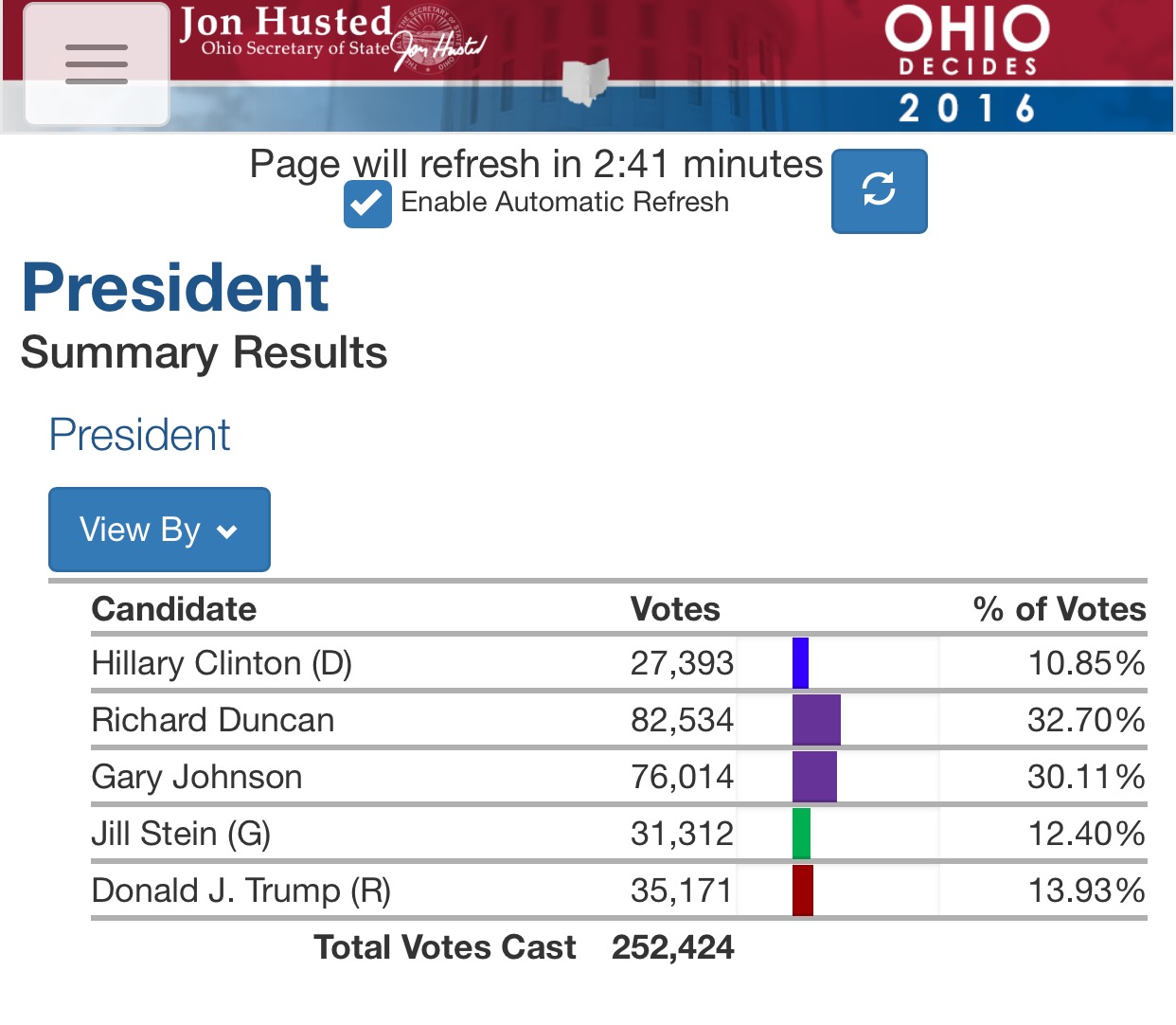 Even if the Libertarian ticket doesn't advance to the White House, this is still a historic opportunity that every Libertarian shoul enable and help grow.  All we have to do is break the 5% glass ceiling for third parties.  If we hit 5% in the general election, then the Libertarian Party gets federal funds and automatic ballot access in 50 states.  This will also lead to poll inclusion and debate inclusion.  In 2016, the LP has nowhere to go but up! 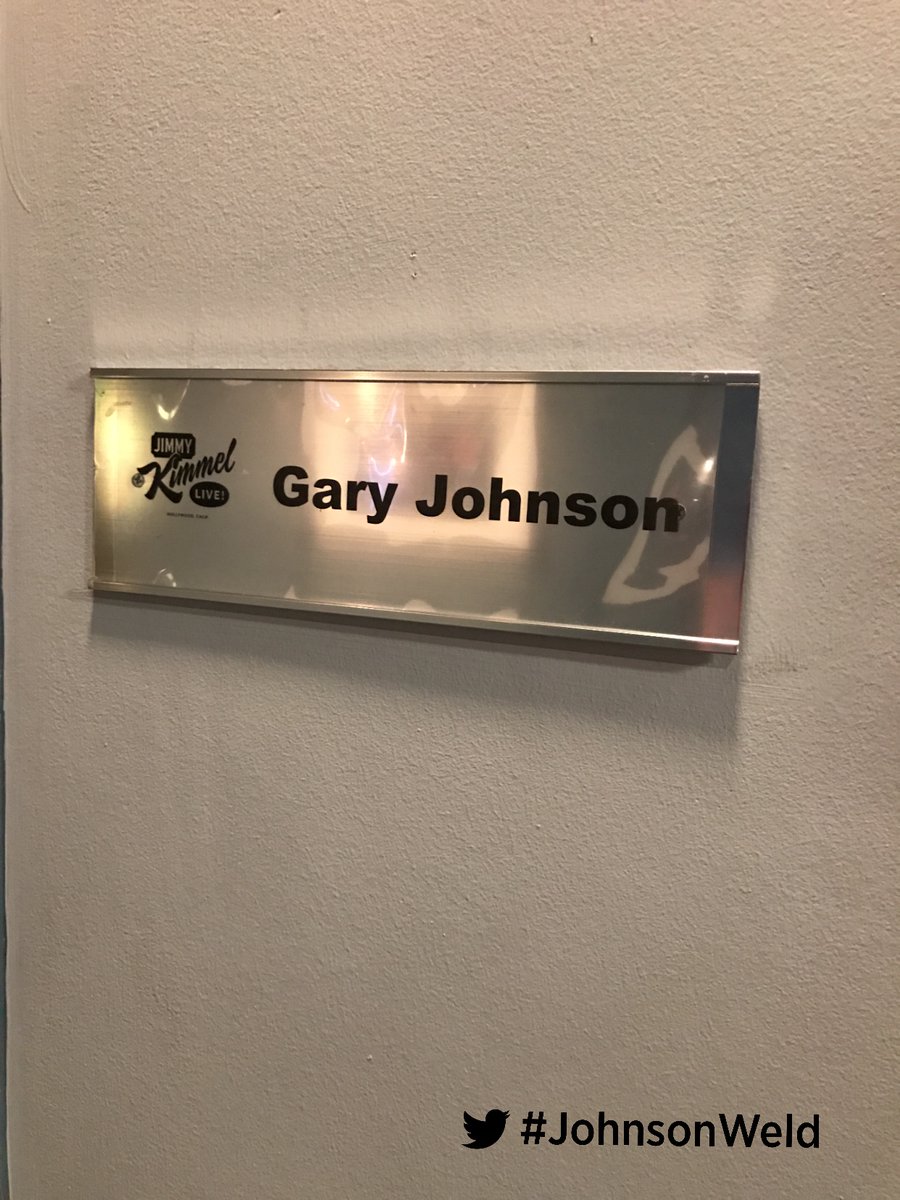