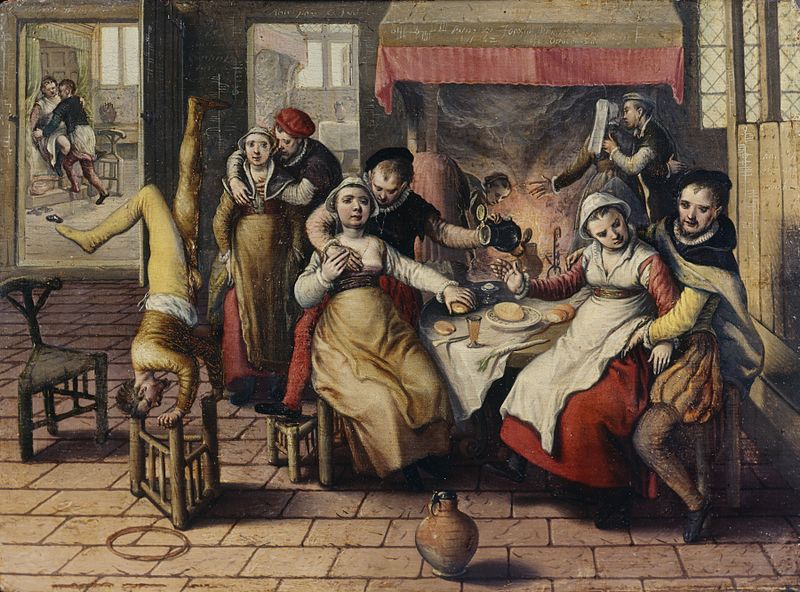 The Libertarian Party made national headlines a few days ago relating to the Robert Kraft prostitution scandal. Once the news broke about how the Patriots owner was arrested and charged with soliciting a prostitute, the Libertarian Party of Massachusetts publicly responded by condemning the arrest on the grounds that sex work and being a client of sex work should not be a crime.

According to the Metro West Daily News, LP Massachusetts state chair Jeff Lyons said, “The Libertarian Party has always asserted that consenting adults should be able to exchange whatever goods and services they wish, so long as both parties willingly agree to the terms. It should be pointed out that had Robert Kraft been in Nevada, this would have been a legal activity.”

Whether it would have been legal or not depends entirely on its geography. State law dictates brothels can only exist in counties with fewer than 700,000 residents.

Currently, there are brothels in only 7 of Nevada's 16 counties. It's plain outlawed in 4 of the rural counties.

In 3 of the rural counties it's legal, but no brothels are active there, likely due to restrictive state and county licensing laws.

Finally, prostitution is completely illegal in Clark and Washoe counties, where Las Vegas and Reno are located. Because of the heavy restrictions on legal prostitution in Nevada, there are only 21 brothels in the whole state.

All of these legal brothels are in rural counties, and the artificially imposed scarcity makes it so that actually getting sexual services at one of these brothels costs thousands of dollars. Slots for workers are limited and so most men and women who would voluntarily want to begin working quickly as sex workers can't do so, because there's no brothel that has room for them. Plus, each sex worker has to be individually licensed by the state, so there's another delay and a barrier to entry.

Maybe the high rollers can afford to pay thousands for sex, but extremely few tourists actually go to where these places are. Las Vegas is a party town whose selling point specifically is misbehavior and promiscuity. Who would drive two hours or more away from the glitz and glamour of Las Vegas and into the part of Nevada that looks like Death Valley???

And again, it's nice that the high rollers can afford it, but the cost of a wild night at a legal brothel is equal to or greater than the average tourist's entire budget for a 3-day weekend in Las Vegas. There's really no point in legalization if those barriers exist in the market.

Next, the current laws don't work except to create a greater demand for these services in Las Vegas. There are thousands of independent sex workers and enslaved sex workers operating inside Reno and Las Vegas at any given time. They go where the money is. This wisdom was gleaned when I was once having a conversation with a former drug dealer, right as cannabis was legalizing. This individual had also previously worked as a sex worker and made the point: would you drive two hours one way to the only legal dispensary around, when there's an illegal drug dealer right down the street who's ready for you and will give you a good competitive price?

The other bad thing about that industry being pushed underground is that we have no way of knowing which illegal sex workers are slaves and victims, and which ones are empowered individuals who simply have different morals and boundaries than other people, and are using their bodies as property to generate financial capital for themselves.

One one hand, Rebekah Charleston recounts the gut-wrenching details of her being trafficked into Nevada's legal brothels. Reading it broke my heart, and I can't deny the validity of Rebekah's experiences. At the same time, libertarian sex worker Kiteh Kawasaki, who capitalizes on her body, her health, and her ethnicity, is quite adamant that sex work is a career she chose and that she controls her own destiny. I can't deny the validity of her experiences either.

Miss Kawasaki also says, "Condemning entire groups or individuals removes the opportunity for them to choose to do good. Removing freedoms can't prevent random evils." We believe that logic applies to gun ownership, medical and recreational drug use, religion, local AND interstate commerce, and sex work.

We Libertarians don't believe that sending the police in with guns blazing against voluntary sex workers and clients is the best way to help the actual victims of human trafficking. This is because, as long as all parties are consenting adults, it's none of the police's business. If LVMPD really wanted to "just do their job" of enforcing the law, they would immediately ticket all their coworkers using their emergency sirens to blow through red lights.

In order to fight the evil side of this industry, we need sex workers to trust the authorities again so that they're willing to cooperate and tell the authorities who in their professional community was kidnapped and which pimps or "agents" are rapists and slavers. That's not going to happen as long as the government keeps going after voluntary sex workers because it's a way easier bust than infiltrating a Sinaloa Cartel human trafficking operation that's enslaving immigrant women in the USA.

Sex work must be decriminalized in all parts of Nevada. Sex work needs to be treated as a legitimate consumer service, just like the casinos and the night clubs. This is because sex workers must have the freedom to file a police report without fear; to sue in court and only be judged based on their contractual obligations and not their life choices. And finally, the public stigma must disappear so that sex workers don't have the shame that would keep them from telling a stranger, "Help, I'm being forced to do this."

These kinds of reforms tend to free up law enforcement so they can catch the real sex slave traffickers.

Slavery is wrong and incompatible with freedom and every concept of individual rights. But the same can be said about locking people in a cage for a victimless crime because their life choices aren't biblical. But for those inclined to believe in a Supreme Being, as I do, let's remember how Rahab the prostitute was the one who saved the angels from being gang raped and murdered. It was the woman at the well with her questionable lifestyle whom Jesus treated as one of His own students. It's a shame most believers don't wish to treat sex workers with the compassion and understanding worthy of the Son of God.

Those in Nevada who are legislating based on their own religious morality would do well to remember that. They would also do well to remember who made it legal for gangsters to create Las Vegas in the first place, and who owns much of the alcohol and casinos today.