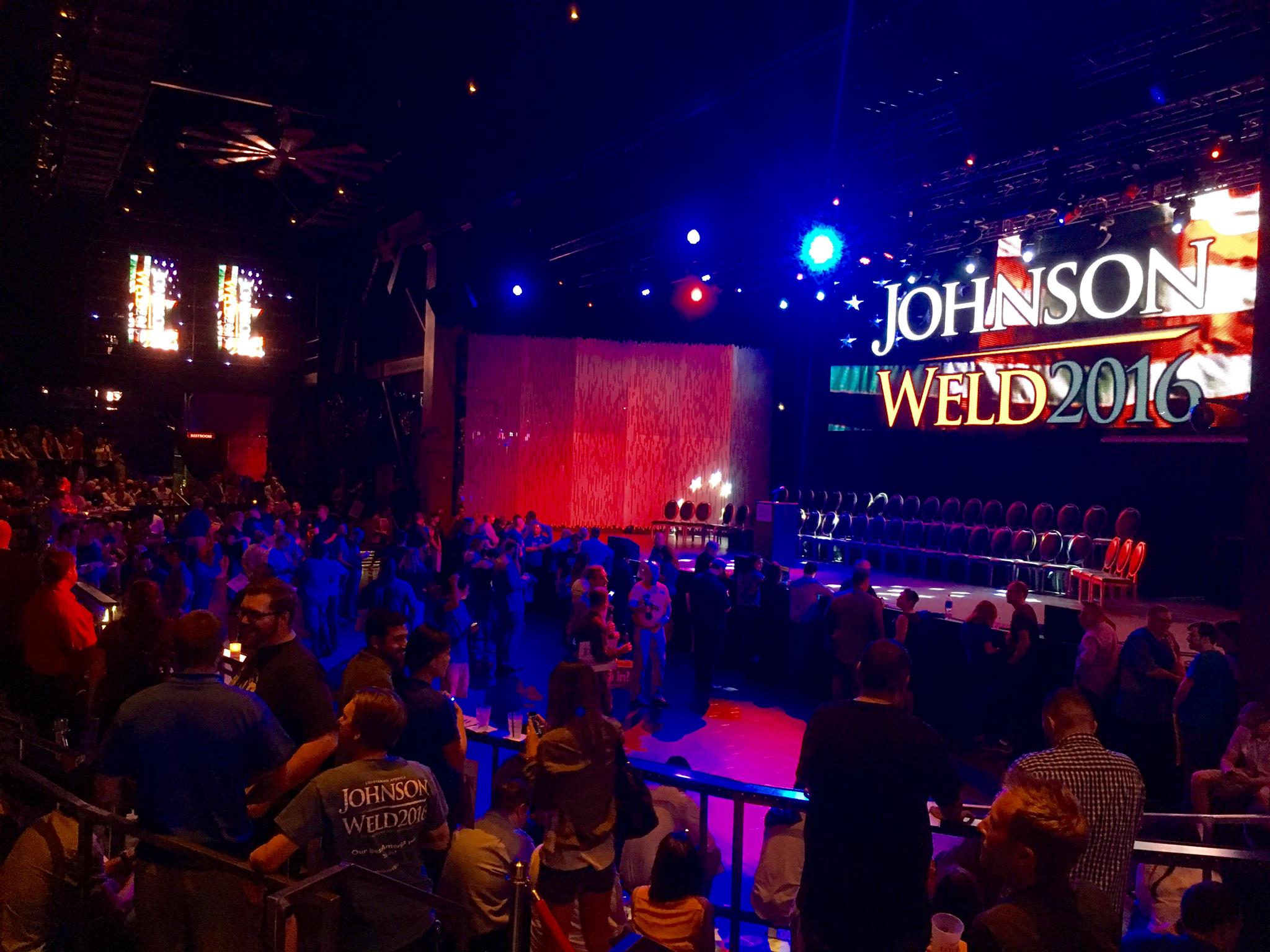 I was slightly alarmed and disappointed to hear not all of my friends in the Libertarian Party of Nevada made it to the Gary Johnson rally on the Strip last week.  It was an incredible event!  Here's a rundown of what you missed (with photos and video).

The Johnson-Weld rally was held at The Foundry in the SLS hotel and casino on the glorious Las Vegas Strip.  I've been to rallies at public squares and rallies in university football stadiums, but The Foundry is by far the coolest venue for having a rally.  Any other night it would be a rock band playing on that same stage!

There were over 1,100 people in attendance with the crowd spilling back out into the halls. 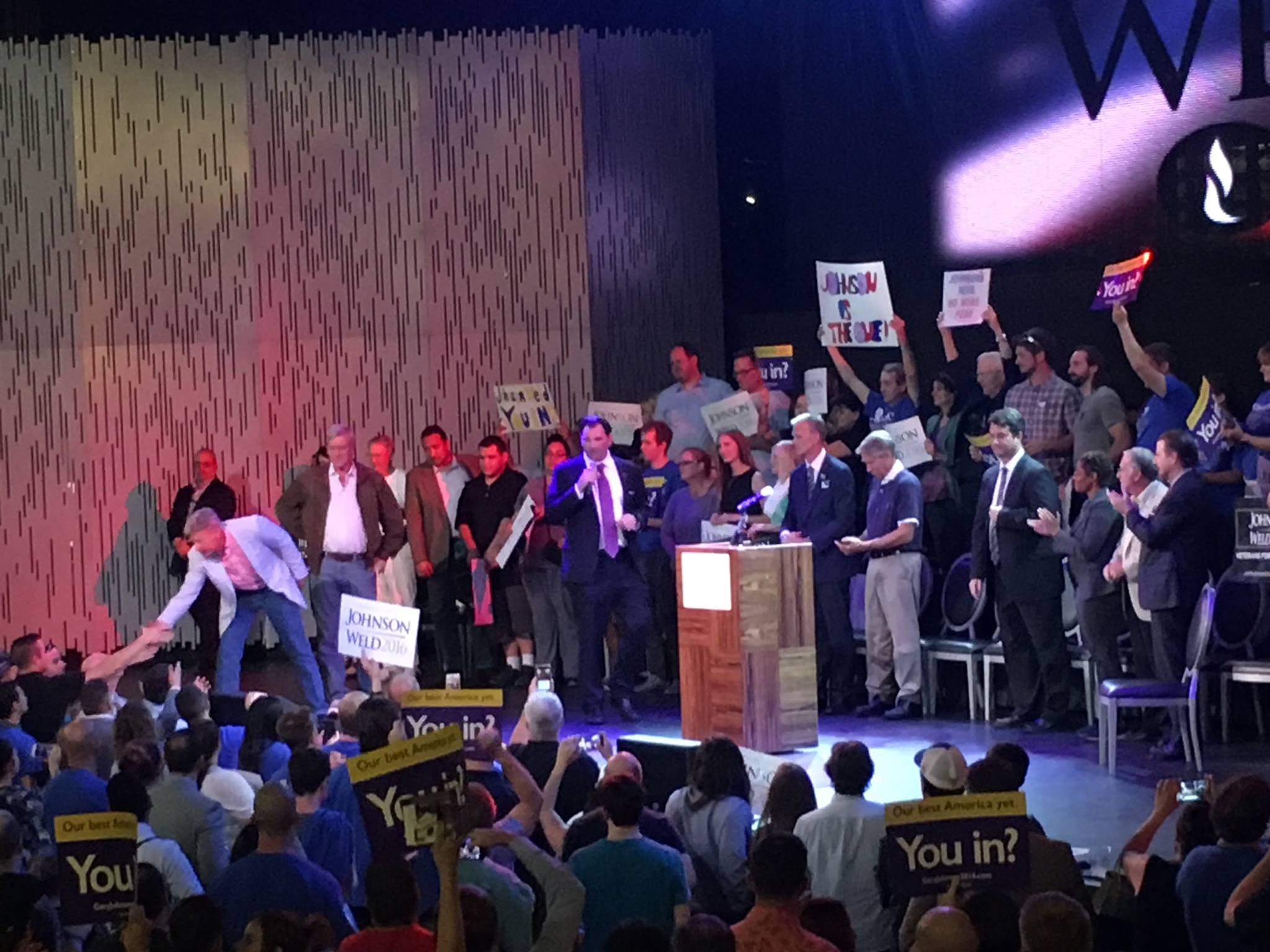 First, LP Nevada State Chair Brett Pojunis made a quick speech.  Next came the prestigious Juan Hernandez, political adviser to George W. Bush and to Mexican President Vicente Fox, publicly endorsed the Johnson-Weld ticket, and will be serving as their Hispanic outreach adviser.  This is a big deal considering this lifelong Republican jumped ship on the GOP to help the Libertarian candidates!

Governor Weld delivered his remarks, and then Governor Johnson spoke to shrieks, cheers, and a thunder roll of applause.  The best part was hearing two governors saying over and over again that the Libertarian Party is the best political party in America.  We couldn't agree more! 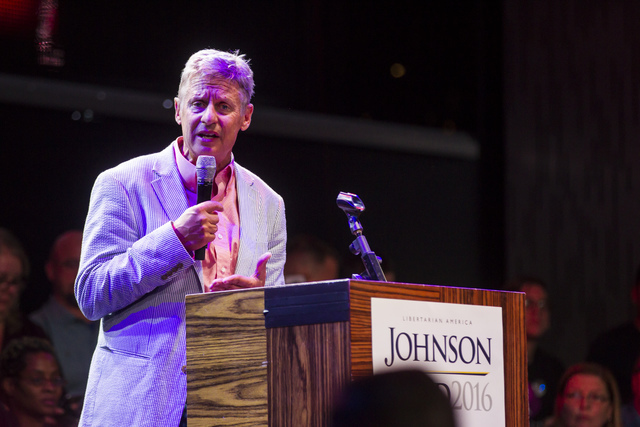 And of course, many thanks to the dedicated Libertarian who spent an hour holding up a camera to provide you with this video of the rally:

If you missed the rally, don't worry!  LP Nevada is one of the most active Libertarian state parties in America.  We have multiple fun and fashionable events every month like Taco Tuesday (first Tuesday of the month) at Jalisco Cantina, Third Tuesday socials, Twisted Trivia at the Phoenix Bar and Lounge, and student socials at the office on Flamingo.  We have 5 events coming up within the next week!

Keep up with our events page and make sure you never miss a chance to party with us.