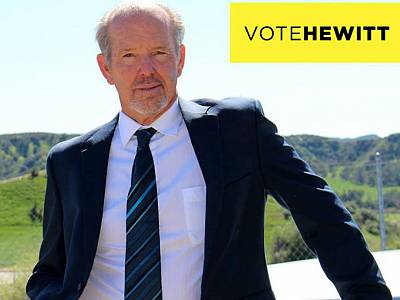 The Libertarian Party has been making major headlines in the last two weeks. In today's edition of 'LP in the News!' there were too many stories to include in one article, but they're still stories we can't pass up on sharing!

First, Bloomberg talked extensively about libertarianism and the LP in "Seven Fixes for American Capitalism." Peter Coy et al. write, "Devotees of small government were stirred by candidate Trump’s vow to “drain the swamp” and pull U.S. troops out of foreign quagmires. But President Trump, with his tariffs and deficits, has proved to be “the opposite of a libertarian,” the Libertarian Party declared in March. Still, the free-market purists aren’t giving up the fight."

"I found it to be pretty consistent with Trump's messaging and overall typical content to what most recent presidents have done in their own speeches," said Grimes. "Time will tell whether or not President Trump can get Congress to work together to accomplish goals and whether such cooperation will actually be good or not."

Reason had a fascinating article on the Libertarian Party's take on the State of the Union, featuring recently elected Supervisor Jeff Hewitt of Riverside County. 'Americans deserve better' than 'Republicans and Democrats careen[ing] toward socialism and fascism'.

Regarding the 2020 elections, Politico mentioned the LP in wondering what Governor Bill Weld will do now that he's returned to the Republican Party. Of all venues, the US Government-sponsored Voice of America mentioned the LP in speculating on former Starbucks CEO Howard Schultz' plans on running for President. VOA says, "The Libertarian Party candidate received one electoral vote in 1972, but he did not actually win it. It was awarded to him by a “faithless” elector, who was supposed to cast his vote for Republican candidate Richard Nixon."

The Boston Globe and Boston Magazine also wondered about Weld, while Reason reports that libertarian-leaning Republican Rep. Justin Amash commented that the Libertarian Party shouldn't nominate a 'squishy Republican'. Many thought that Weld was positioning himself to run for the LP's nomination for President.

With Weld no longer in the running (at least on the LP ticket), the best-organized presidential primary candidate is Adam Kokesh. He was recently covered by the New Orleans Advocate, the Springfield News Sun, the Fort Worth Star Telegram, the Amarillo Pioneer, HITC Politics, Reason, 71 Republic, WSOC TV 9 in South Carolina, and the celebrity tabloid Star Insider (along with the LP's other 'celebritarian', Vermin Supreme). Liberty News Now calls Kokesh 'The Second Coming of Sam Adams', while the LP's other presidential contenders had a great debate on Blast Off with Johnny Rocket. 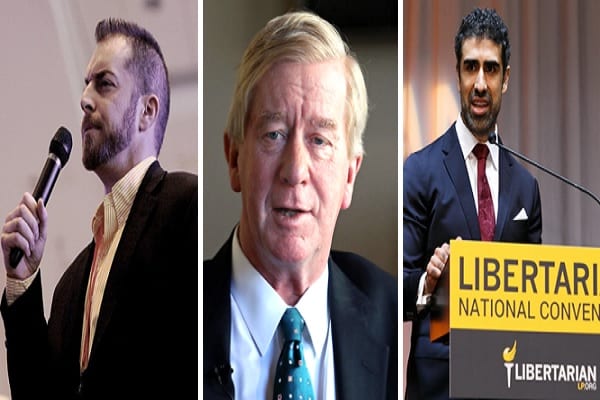 LP Nevada and our clean up effort at Lake Mead were covered in Las Vegas Now (CBS 8) and the Libertarian Vindicator. Go Team Nevada and Viva Las Vegas!

In Washington State, activists have been calling the Island County Sheriff, urging him not to enforce a new gun ban. The South Whidbey Record reports, "Among the callers was South Whidbey High School student Aryeh Rohde, a constitutional activist who is the youngest member of the state’s Libertarian Party..." Much respect to Aryeh for stepping up for our rights.

WBIW Radio covered the awesome Indiana Libertarians who opened the Liberty Loves Food Pantry to benefit low-income kids and families. "This is a way for us to live our principles by helping serve our neighbors directly and voluntarily rather than relying on a government agency to do it for us," Russell Brooksbank, party vice chair said.

The Times Union reported on LP New York's 25% rise in voter registration in 2018. New York Libertarian Party Chair Jim Rosenbeck said: “It will no longer be a mystery how to register as a Libertarian.” Great job LP NY!

In reporting on Cumberland County, NC's Board of Elections, the Fayetteville Observer reports, "The North Carolina Libertarian Party tried to submit names for the elections boards in several counties but was denied because of that law." In response to that unjust law, LP NC State Chair Susan Hogarth was quoted in the Wilson Times, “Parties were not part of the government, they were part of politics,” Hogarth said. “Now parties are baked into the system."

In Idaho, LP Life Member Dan Karlan defended the LP in the Idaho State Journal. "...the Libertarian Party has had some impressive successes at the more local level, and many of those candidates went on to win a re-election victory. These indicate that the electorate will accept a third-party candidate, and that those candidates can have significant impact on the issues."

A columnist writing for the Log Cabin Democrat wrote an entire article basically explaining why LP Arkansas Chairman Michael Pakko was wrong at a recent testimony hearing, and that LP Arkansas shouldn't qualify for the ballot under current laws. We're incredibly glad to see Democrats behaving like Republicans, and even more glad that they're taking time to write articles about the LP.

Elsewhere in PA, The Citizens Voice published one of the most awesome, highly entertaining, and accidentally honest letters to the editor ever written by a cranky conservative. Complaining about the 'uncontrolled increase in our population', this conservative starts off, "I just discovered the Libertarian Party is 100 percent for free migration without borders." (Well, yeah, that's not news.)

He finishes off with:

The other interesting question on allowing the uncontrolled increase of our population is that every illegal coming to the USA will create at least four times more greenhouse gases than if they stayed in their own country, according the Center for Immigration Studies.

How does that grab the global warming crowd?

Ladies and gentlemen, let our critics speak for themselves.