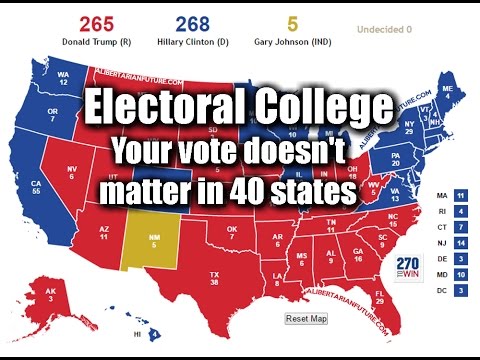 States like the People’s Republic of California are going to Hillary Clinton. End of story.  The millions of Republicans in California are essentially just protesting when they go vote.

Same with the flipside.  States like Indiana, Alabama, and New Jersey are going to Donald Trump. End of story.  So again, unless you live in 1 of 9 or 10 battleground states, the Electoral College guarantees your vote don’t matter.

But here’s how you can make it matter: vote the Libertarian ticket this election.

Donald Trump and Hillary Clinton are the most unpopular presidential candidates in U.S. history.  And for good reason! Citizen journalism and the Internet means sinners can’t pass for saints anymore.

Hillary and Trump are getting their non-battleground electoral votes.  There’s nothing we can do about that.  By voting Libertarian, you can help ensure that Governors Gary Johnson and Bill Weld can shatter the 5% glass ceiling for third parties.

5% in the general election will get us federal funds, automatic ballot access in all states, and inclusion in the national polls and the debates.  Gary Johnson has polled in the 20-30% range between last week and today. 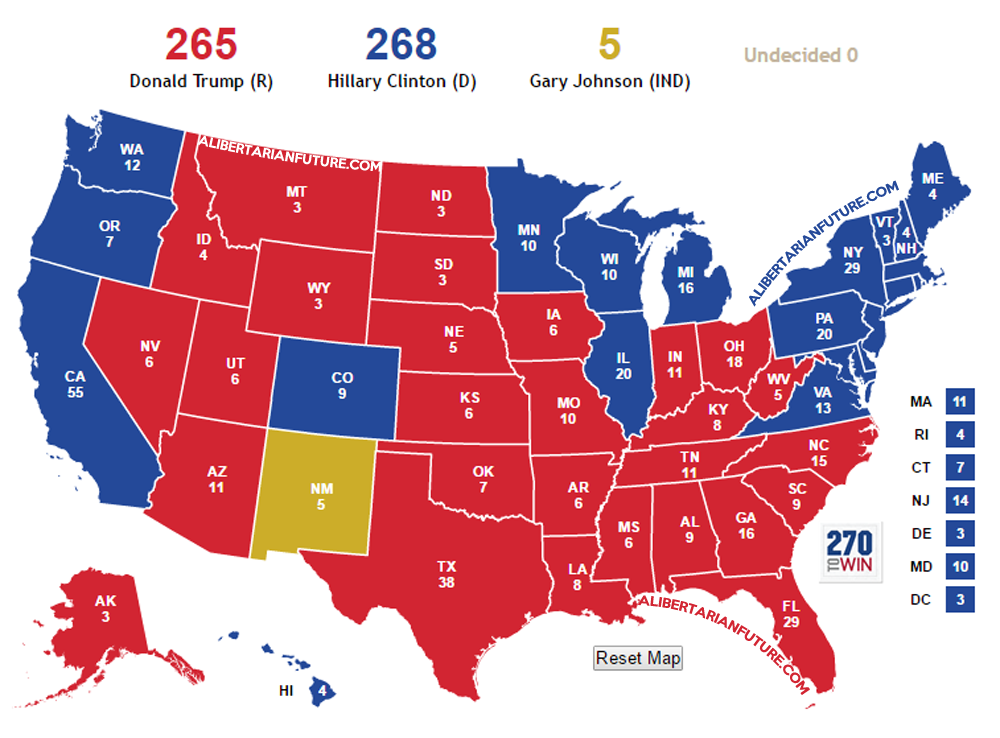 If that translates into votes, this election is going to the House of Representatives.  Most of them are Never Trump people, and the current Republican majority will never hand it to Hillary.  But they would likely decide in favor of two successful former-Republican two-term governors.

But all in all, getting 5% or more is the biggest goal and it’s a realistic goal.   So tell your friends, neighbors, and family this: vote Libertarian with me 1 time.  Help us do something good and weaken the 2 party system’s stranglehold on America’s wind pipe.