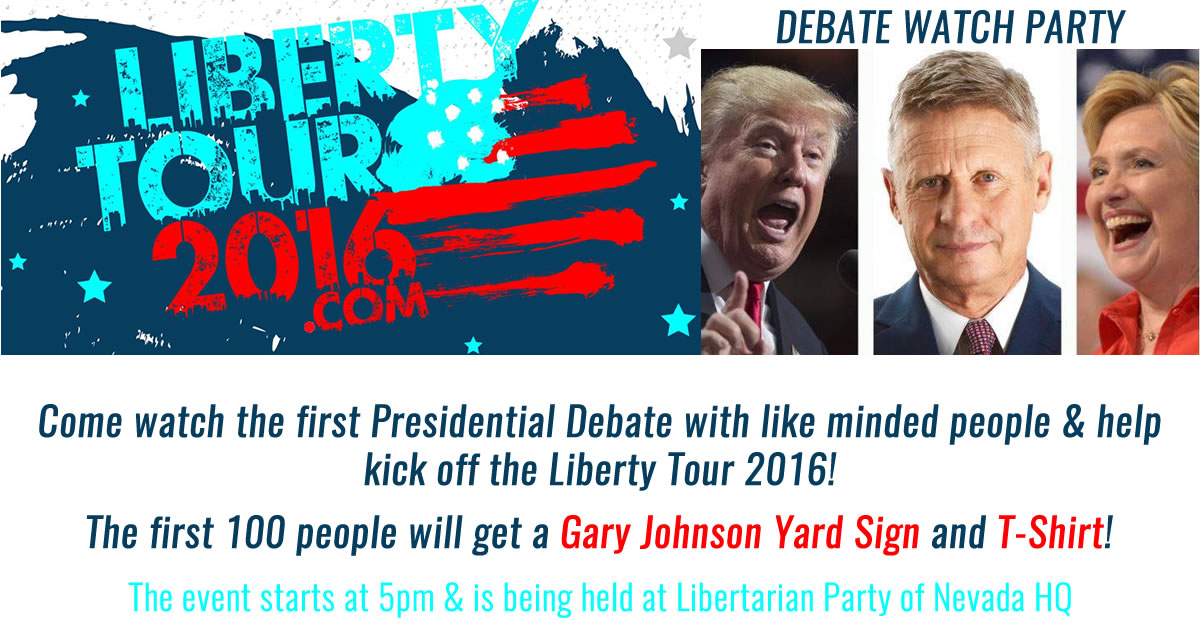 Help kick off Liberty Tour 2016 with a debate watch party at the Libertarian Party of Nevada Headquarters!

The evening begins with comedy by Travis Irvine and inspiring speeches by Michael Boldin of the 10th Amendment Center and Ed Perez of Republicans for Gary Johnson (formerly the vice chair of the Republican Liberty Caucus). We will then tune into the first presidential debate of 2016 alongside a live feed with Governor Gary Johnson who will also be answering the moderator's questions. The Presidential Debate Commission doesn't believe in #FairDebates but they can't beat technology!

Complimentary Food and beverages will be provided. No tickets required but please RSVP so that we know how much food to bring! Please bring your friends and wear your Gary Johnson Shirts.