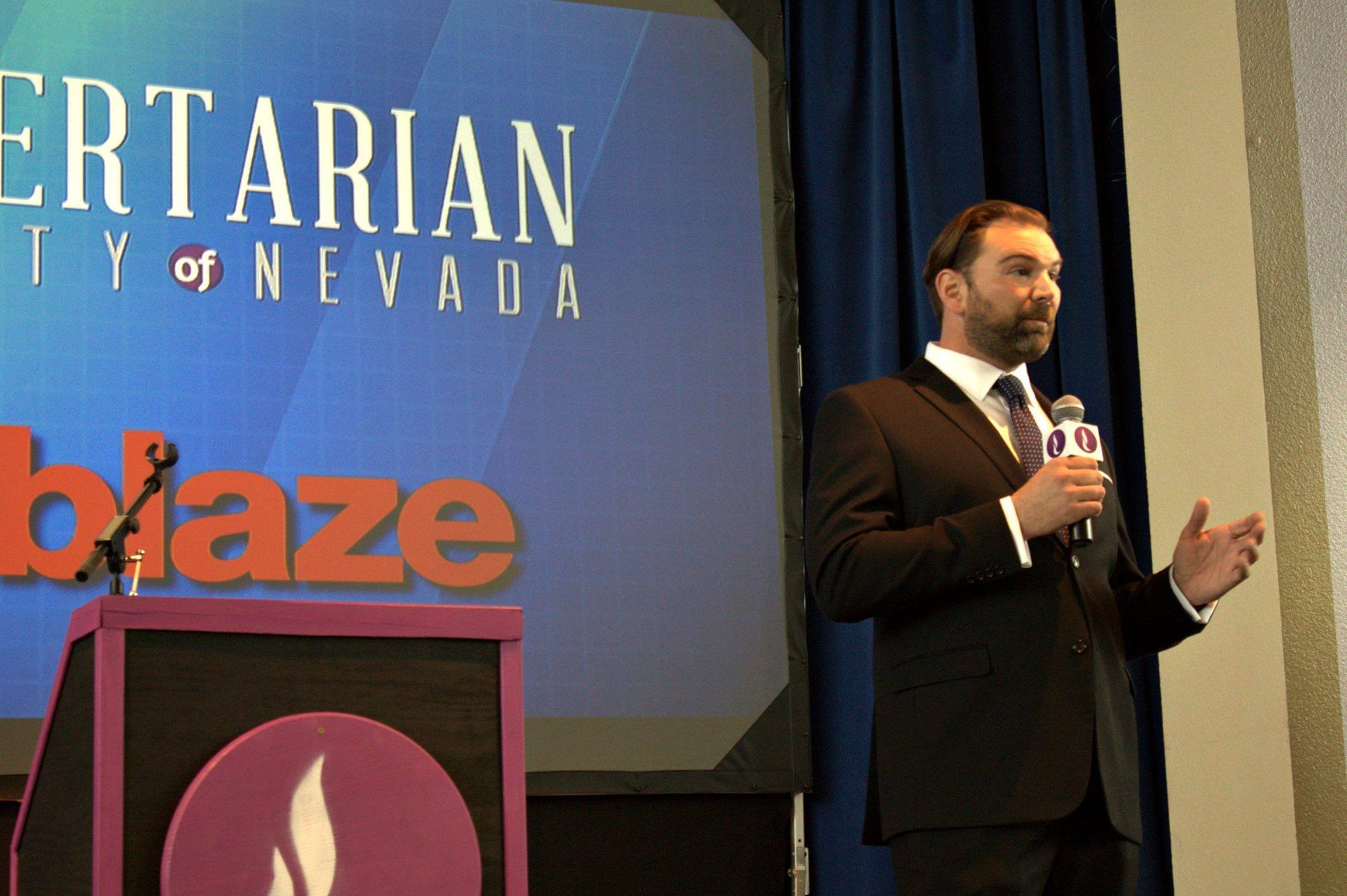 Under the leadership of Brett H. Pojunis, LP Nevada is leading the way for the Libertarian Party’s radical transformation.  “This is the best opportunity we’ve ever had to grow the Party,” says Pojunis, “and we have to do it right.  In Nevada, we’re doing it right and we have the results to prove it.” Those results speak for themselves.

For starters, LP Nevada is the only state party affiliate to produce a nationally televised presidential debate (which was hosted by Penn Jillette in Las Vegas and all ticket sales benefited a private charity).  Since the day of that debate, Al Jazeera English, Reason, and VICE News have been talking at length with LP Nevada for in-depth segments covering the rise of the Libertarian Party.

Under Brett’s leadership, Nevada is the only state party affiliate with a Libertarian in the state legislature as of 2016.  Before Ted Cruz’s dropout doubled the national party membership, Brett Pojunis’ style had already tripled the number of Party members in Nevada in just the first trimester of 2016. 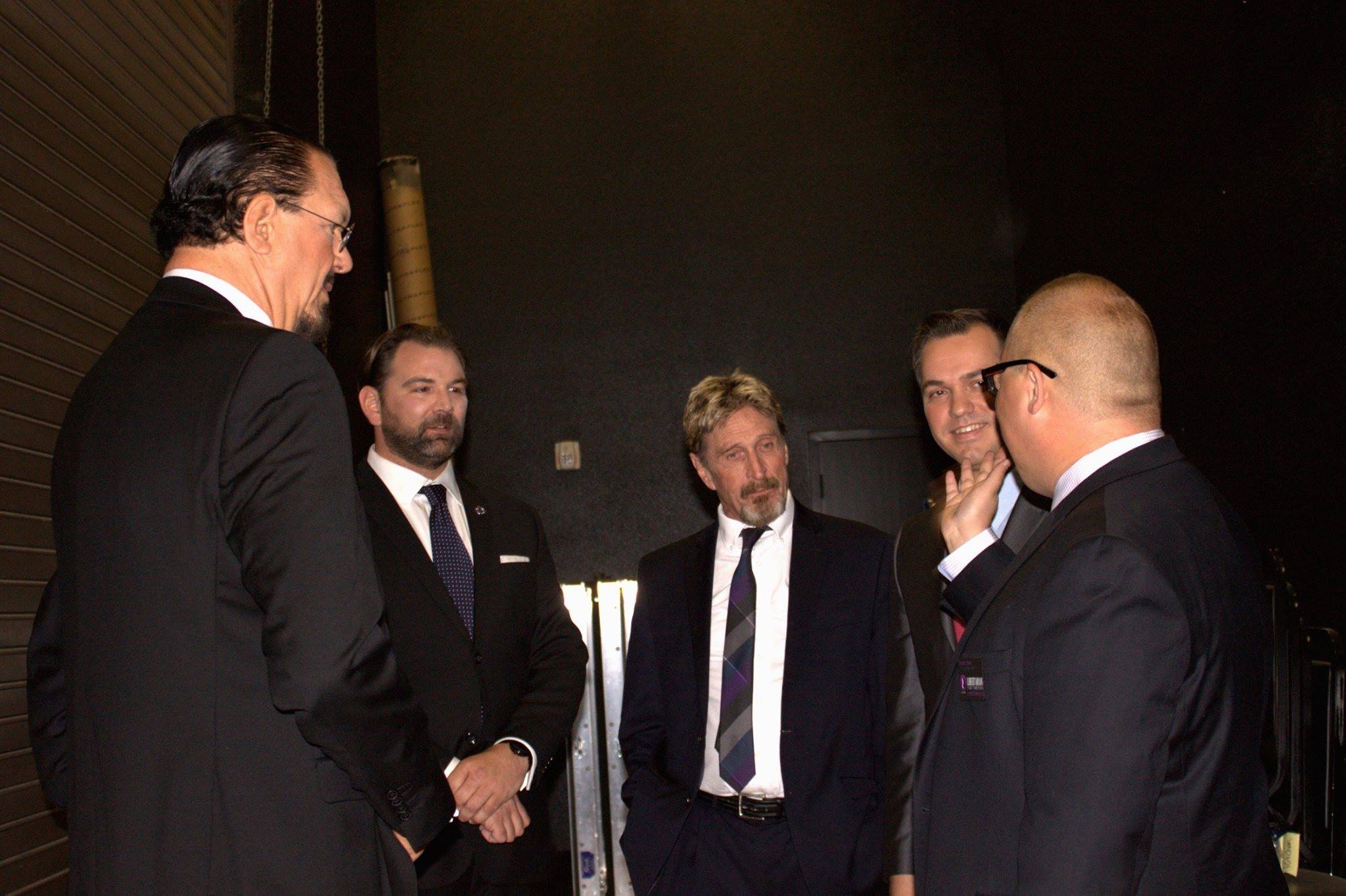 When Brett took office as state chair, LP Nevada had only a 1-800 number, a PO Box, and debt.  Today, LP Nevada has a large office with a TV studio, a growing volunteer staff, and a balanced budget.  We’ve successfully blocked statist legislation at the state capitol multiple times and the LP now has a seat at the table in Nevada politics.

“All we’ve done here is agreed to STOP FIGHTING with other party members and just work together for the things you agree on.  If there’s a problem, I’ll be referee.  That’s how we get so much done here.”

Brett H. Pojunis not only possesses the vision and drive the national Libertarian Party needs, but he is the fairest person in the room.  “People keep saying the LNC chairman should be fair, which I agree with,” says Brett, “but many party members also ignore the unfair things that are happening right now under the present administration.” 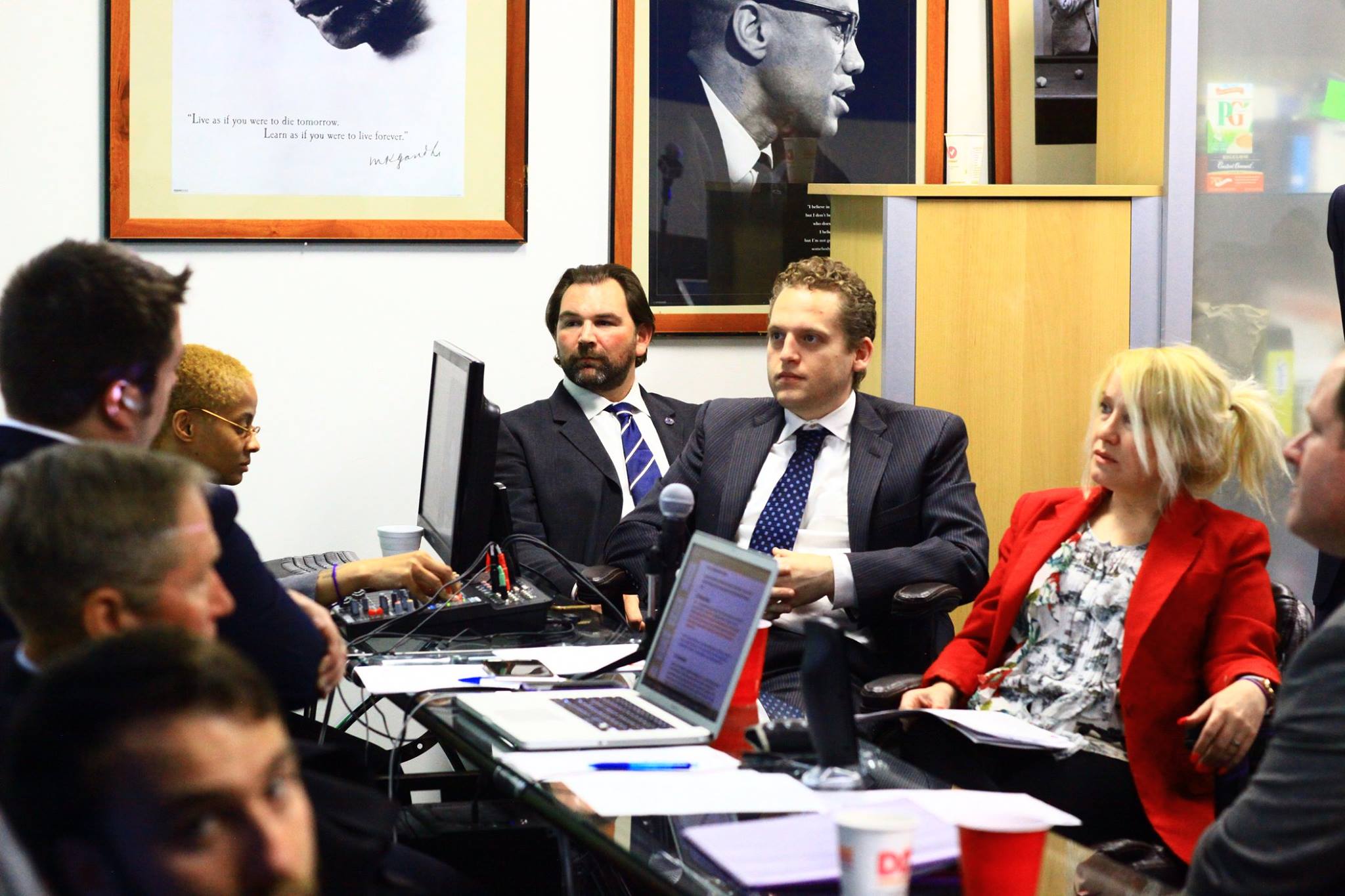 One example is the boisterous arguing that often breaks out at LNC meetings—I’ve seen videos and it’s quite ridiculous.  The chairman has a gavel exactly to prevent these outbursts.  Infighting within the LNC prevents interstate cooperation and is another reason why members from one state party have no clue what’s being done in the next state over.

None of the above issues are fair AT ALL—not to LP members, to our donors, or to prospective Libertarian voters.  That's why Brett is running.  “Other people have told me that I’m doing a great job in Nevada and it should stay that way.  That’s like telling a local branch manager ‘Hey, you have the best store in the entire national chain. Instead of promoting you to a regional or national position, you should stay there and never let your success leave your local branch.’ It’s so self-defeating, and I know the Libertarian Party is better than that.”

Meanwhile, I’ve witnessed Pojunis be that referee the Party needs. 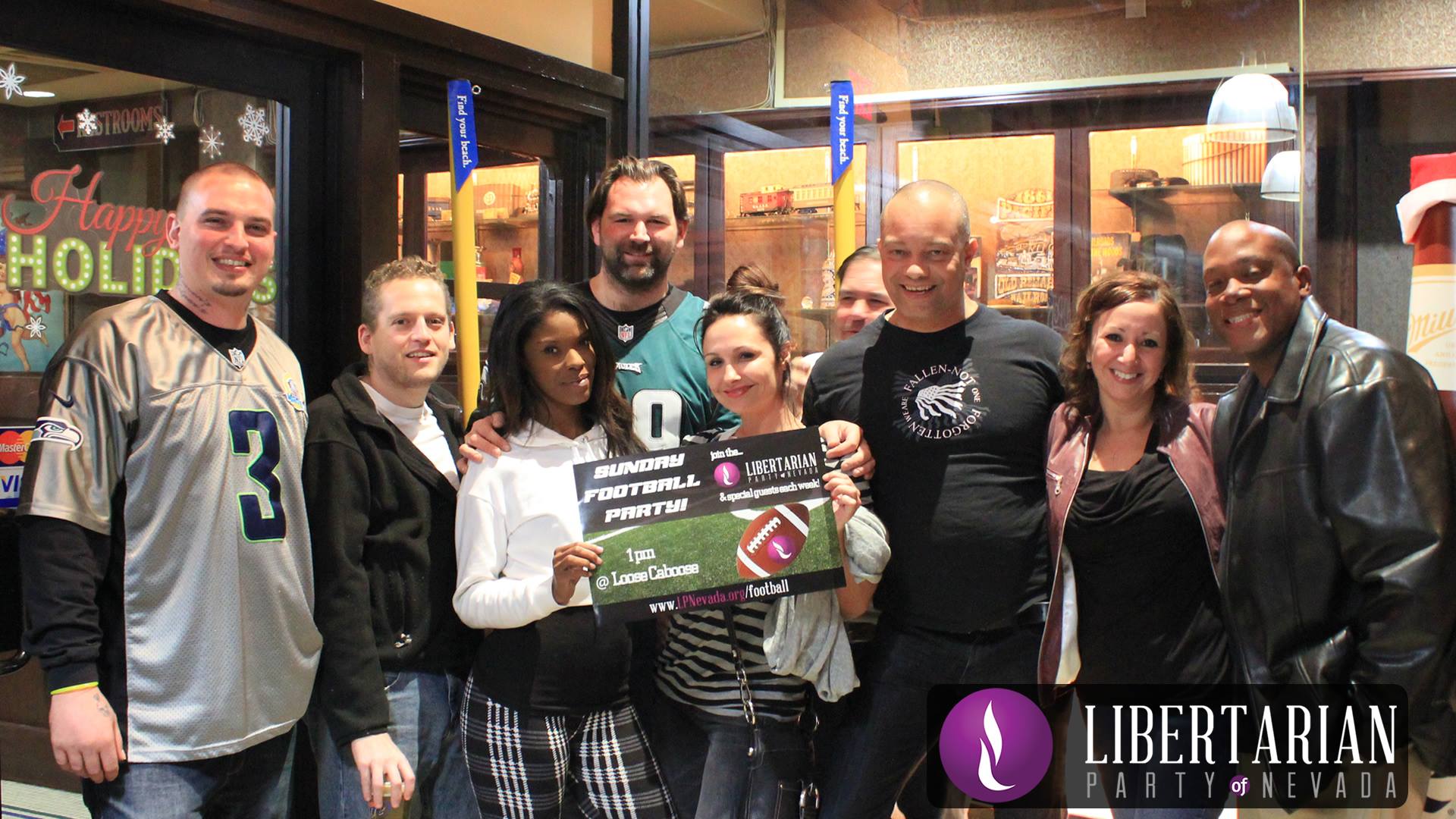 At the recent California convention, I watched him smooth things over with people who were fighting.  “Why go to war with someone who’s already on your team?” Brett asked both faction leaders.  “Have dinner with them. Talk it over and find a way to compromise, or at least come to a mutual understanding so you’re not badmouthing each other and tearing this party apart.”

That sounds fair to me.

Another time when Referee Pojunis came to the rescue was earlier this year when Austin Petersen was originally to be excluded from the Colorado debate. Brett lobbied to include Petersen, since “Petersen represents a large crowd within the Party.  If he were just a minor candidate, I understand that sometimes there’s only so much time and resources, and exclusions have to be made.  But to exclude one of the top three frontrunners?  That’s unfair for a lot of folks in the Party, and that’s not right.”

Before that, Pojunis introduced John McAfee to the LP as a presidential candidate.  LP Nevada hosted a special press conference in January for McAfee, followed by a reception that night at the Foundation Room atop Mandalay Bay.  Brett also got Gary Johnson on Penn Jillette’s Sunday School multiple times before getting all three candidates on The Blaze.  That sounds fair to me.

Without taking sides or endorsing anyone, Pojunis promoted and strengthened all three of the LP’s leading presidential candidates in some way.  The current LNC chair… shook hands with each of them at one point, and then bragged that the Wall Street Journal interviewed him at some point.

Fairness is what underlies Brett’s daring style. “A lot of folks forget that Libertarians already agree on more than 90% of the issues.  Even if there are particular candidates for whatever office that we’re not supporting as individuals, we can still work together and coexist for the strength of the Party.  To do this, the first step is for all of us to agree to STOP FIGHTING.”

This is why LP Nevada has officially endorsed Brett H. Pojunis for LNC Chair.  LP Nevada is proudly and truly supporting the fairest person in the room.  Help us turn this “branch manager” into “CEO” of the LP!

Connect with Brett Pojunis and ask him a question!