How I Came to Know Liberty 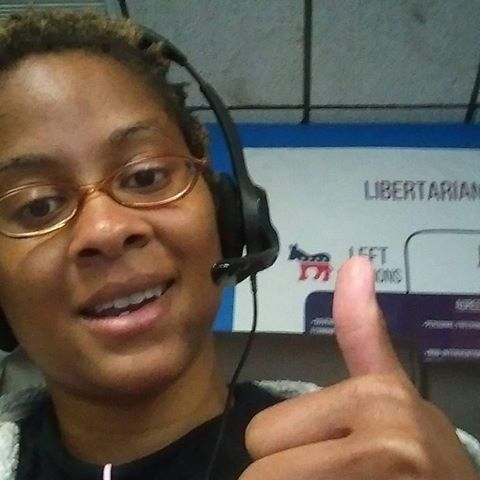 To a young black woman who had just come roaring out of the closet, what could sound more amazing than the idea of a political philosophy of “Don’t mess with me and my stuff?”  The problem, that was all I believed it was, a political philosophy.  In an age where Google is everyone’s dictionary, a quick search will yield from www.philosophybasics.com : “Political philosophy is the study of fundamental questions about the state, government, politics, liberty, justice and the enforcement of a legal code by authority.”  In 2007, I was out, loud and proud, lesbian and libertarian!  These were drastic steps I had taken.  How drastic you ask?

At the age of sixteen, during an evening service, I had broken down after a particularly long and familiar sermon about how homosexual offenders would not inherit the kingdom of God.  It was in the pew of a Southern Baptist church, that I will always hold dear to this day, that I became a born again Christian and I would learn to suppress a part of myself that would cause a war that never should have been waged.  During the 2000 Presidential Elections, as an unaware, but religiously trained Republican, and now legally able to vote as a natively born U.S. citizen, I proudly approached the ballot box and placed my vote for George W. Bush.  It was the first, and not the last time, that I was ashamed of my choice.

The numbness to the world of politics started when my mother called me on the day of 9/11 to ask me if I had heard the news.  I was a freshman in college, pursuing a degree in English simply because a college degree is a thing one must pursue, and I will never forget walking through the old Student Union at the University of Nevada Las Vegas seeing every single television showing the images of people jumping from the collapsing buildings.  I couldn’t fathom the horror of the people who were in New York, the people in the towers.  The Student Union had never felt so empty even though it was filled with so many people.

My lectures were all a blur except for my Psychology 101 course.  The professor stood solemnly at the front of the room, and after a long silence said, “Please feel free to speak your mind.”  I will never forget the anger of a fellow student, a woman who couldn’t stop the rising tremor in her voice.  It just became the echo of every American.  We all knew we were going to war.  I understood why it was happening, I just never understood years afterward why it never stopped.  I became so sickened and frightened of it all that I didn’t care to think of or want to care about anything political ever again.

However, those things change very quickly when one decides to become a single issue voter.  I was twenty-four years old, out, a lesbian who had become tired of fighting who I was and I saw Obama and Proposition 8 as my fight!  It was about me and I needed to win this battle!  I registered as a Democrat, marched on up to that ballot box and cast the second vote of my life that I would regret for Barack Obama in 2008.

There is a certain emptiness to voting for a single issue and voting only for yourself, at least that was what I had come to by October of 2015.  The Supreme Court had given me my “right” to marry, I had helped vote in someone that helped prolong the war that had made me disillusioned in the first place.  What was the purpose of it all?  Why cast a vote for myself as if that is all that matters in a country filled with well over 300 million people?  Something started to tug at the back of my mind.  Something that I remembered being so enthused about.  It was the political philosophy I had once thought was so cool called “libertarianism”.  Now at the age of thirty-two and deciding to bypass Google and try iTunes, I searched the term “libertarian” and found several podcasts.  I browsed a few and read the comments and ratings.  By now, after three decades of life, I had figured out that ratings mattered.  One podcast stuck out above the rest of them.  It had several comments and more 5 star ratings than most.  The Jason Stapleton Program.  This guy didn’t even have the word “libertarian” in his show title!  Strange!  I decided that someone with this many ratings might have something worth looking into, so I added him to my podcatcher and gave it a try.  The first episode I listened to was titled “Government Waste and the Ben Carson Controversy”.  Since I had thought the Republican debates had become a disaster, I thought this would be an interesting episode.  Between Jason and Darren, there was plenty of comedy.  I gave the show a few episodes and noticed that Jason challenges his listeners to something called the “10 Episode Challenge.”  At first, I found this odd.  As if it were some sort of grab to get people to keep listening to his radio show and maybe get them to donate.  I soon learned that there is a common theme running through his show.  The Jason Stapleton Program is not a news clip or completely different and separate episode sort of deal.  There is an underlying theme and message that current events help to convey.  By the time I figured this out, I realized that the 10 Episode Challenge had turned into the 20 Episode Challenge.

The theme and message I was hearing was something I had never heard before.  I was learning that I had been wrong about thinking of libertarianism as being only a political philosophy.  There was much more to it.  It wasn’t about voting or a specific issue.  It was about liberty.  I was challenged to think outside of myself.  To think about the world and how the decisions Americans make affects us all.  This message was something that I did not know I had been craving.  Jason had mentioned a Facebook group where libertarians discuss more than just the issues we see playing on CNN and MSNBC and FOX.  I ventured into this group and it was as if I had found my home after 32 years.

All it took was a challenge; listen to the past week’s 10 episodes, and my life changed.  I had made so many decisions based on my feelings and emotions and felt lost in those choices and shifted with whatever wind tossed me around.  10 hours of my life and it is a choice that I will not ever regret.