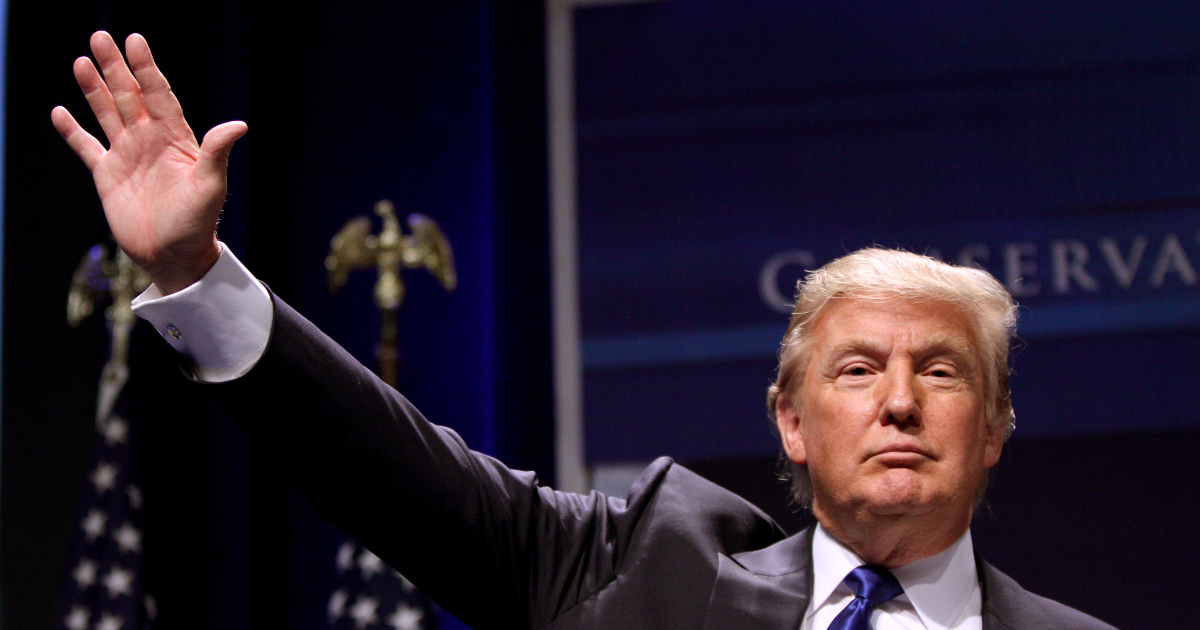 Libertarians have seen this sort of thing before.

I was at a gas station a couple days ago when I overheard the clerk talking with a customer about the last GOP debate. What caught my attention was that he was the first person I met that openly expressed support for Trump - most conservatives I've talked to can't stand the guy (he's not conservative enough for them), and most Libertarians are doing their level-best to contrast themselves from his xenophobia - so I naturally wanted to know more. Why, of all the candidates on that stage, did the gas station clerk favor Trump?

"He's genuine. He speaks his mind."

That he does. You have to give him credit - he's not parsing every sentence that comes out of his mouth through a series of focus groups or think tanks. That genuineness, that willingness and ability to say what's on his mind and damn the consequences, is actually one of the first things supporters consistently love about him. He's not beholden to campaign contributors - he's a billionaire, after all - he's not beholden to the GOP establishment, and he's not beholden to the media, which happily laps up his every absurd utterance like a kitten splashing around in a milk bowl. In short, whether you love him or hate him, he's different. Sure, a lot of what's on his mind is utter nonsense, but he's willing to share his mind with America and let us decide among ourselves which of his ideas have merit and which of his ideas belong in the rubbish heap of history. That's pretty rare among aspiring politicians these days, who, more often than not, would rather run every utterance past expensive political consultants, focus groups, polls, major donors, and so forth before they take even the shakiest of stands.

Of course, politicians dissembling is nothing new. Why is Trump different?

Well, to be honest, Trump isn't all that different. Trump is exercising the same strategy pursued by Ron Paul in 2008 and 2012 - identify a set of problems within the United States, offer solutions (many of which still aren't in the mainstream), then let the people decide. This strategy was good enough to earn Ron Paul 118 delegates in 2012, which almost quadrupled his delegate total in 2008. What is different, beyond Trump's positions, is that, since 2008, the number of Americans that are tired of the status quo has consistently doubled in each election cycle - with this trend in mind, it's not surprising that Trump's numbers are currently roughly double Paul's in 2012.

Democrats aren't immune to this, either, by the way.

Simply put, Trump's (and Sanders') campaign is a product of growing dissatisfaction with America's ruling class. We're seeing it in our colleges, we're seeing it in our streets, and now we're seeing it in our campaigns. Especially since 2008, the American people are sensing that there is something off in how our country is run. Banks are suddenly "too big to fail", our defense spending is completely unmoored from tactical reality, we can't build a train from San Francisco to Los Angeles without it somehow costing over $70 billion and taking over a decade (assuming it even gets done in the first place), and that's just at the national level. At the local level, it took Reno over 50 years to move trains out of downtown (at great cost and at great damage to our city's credit rating), decades to start construction on the Southeast Corridor (a 5.5 mile road that has been hamstrung by lawsuit after lawsuit and won't be done for another two years), and over 40 years to build a freeway to Carson City that still isn't done. Now, as a card-carrying Libertarian, it's almost refreshing in a way to see so many clear cut examples of government incompetence and sloth; most people, however, want a government that works, or, failing that, at least some credible reasons why it isn't.

Trump, unlike most other politicians, provides reasons. They might not be good, but they're better than nothing.

To understand why this is important, I have to draw upon my previous working experience as an IT consultant. Nothing annoys customers more than paying someone over $100/hour to fix a problem, only for them to shrug and say, "I don't know." A good consultant comes up with a reason - any reason, really - even if they're not 100% certain about it. The worst that happens is you try to fix what you thought was the problem, fail, and discover the real problem, whatever that might be. This is just as true at the doctor's office, if you think about it, and even describes the plot for most House M.D. episodes. Even if you change your story toward the end, most customers value confidence and decisiveness when their money and business is on the line. Trouble is, most of our politicians have done a poor job of this - they're so deathly afraid of coming up with a diagnosis that their constituents don't like that they refuse to come up with one at all, or make the diagnosis so frustratingly vague that it's useless. More and more American people want answers - even if they're bad, even if they're wrong - just so they can enjoy the comfort of having an answer.

The good news is Americans don't have to settle for Trump's violently half-baked racist-tinged answers. The Libertarian Party has been at the forefront of finding problems with America's political class since 1972 and calling them out on it, reliably and faithfully. If you'd like to see our political class identify problems that don't require walls on our borders to keep Mexicans from leaving (that's right - leaving), that don't require us to deprive travel rights for hundreds of thousands of Blacks, and don't require us to invade every country that looks at us cross-eyed, why don't you join us today and come to one of our events?