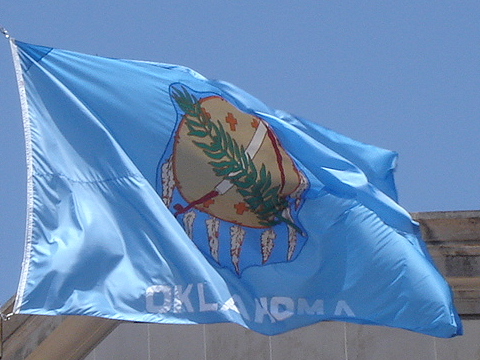 The Libertarian Party of Oklahoma (LPOK) joined the Libertarian Parties of Nevada (LPN), New Hampshire (LPNH), and Spain (P-LIB) in speaking out on behalf of jailed Cuban libertarian activists.  LP Oklahoma, Nevada, New Hampshire, and Spain have condemned the Cuban government and Communist Party of Cuba for the arrest and detention of Ubaldo Herrera Hernandez and Manuel Velazquez Visea.  LPN, LPNH, LPOK, and P-LIB demand the immediate and safe release of Herrera and Velazquez.

In a press release published yesterday evening, Secretary Christina Wright said "Our hearts and minds are with the brave men and women suffering the oppression of these regimes. We join our libertarian brothers and sisters in their call for the release of [Herrera and Velazquez]."  Also, "The Oklahoma Libertarian Party requests that the Senators and Representatives of Oklahoma, as well as Governor Fallin, join the call to the U.S. State Department to put pressure on the Cuban government to release these individuals."

There are also things every citizen can do to help.  The ongoing call to action is for the 49 other Libertarian state parties, our National Chairman Nicholas Sarwark, all Libertarian parties in Latin America, and all concerned citizens to:

1) Condemn the Cuban government and the Communist Party of Cuba, and demand the safe release of the libertarian prisoners,

3) Call Senators, Congressmen, Governors, and State Legislators to make their own statements of support for these political prisoners and to ask the State Department to diplomatically pressure the Cuban government.  Find your Congressman here and contact his or her office, and tweet at your governor.

4) Directly contact Cuba's Ministry of Foreign Relations and demand the safe release of Ubaldo Herrera Hernandez and Manuel Velazquez Visea.  Send them a message on Facebook and tweet directly at them.

Nevada's Libertarians are proud to stand with Libertarians from New Hampshire, Oklahoma, Spain, and Cuba in speaking out against authoritarian oppression of peaceful activism.  There can be no justice for libertarians anywhere until the two Cuban libertarian activists are released.

Photo by the Oklahoma state government and in the public domain.