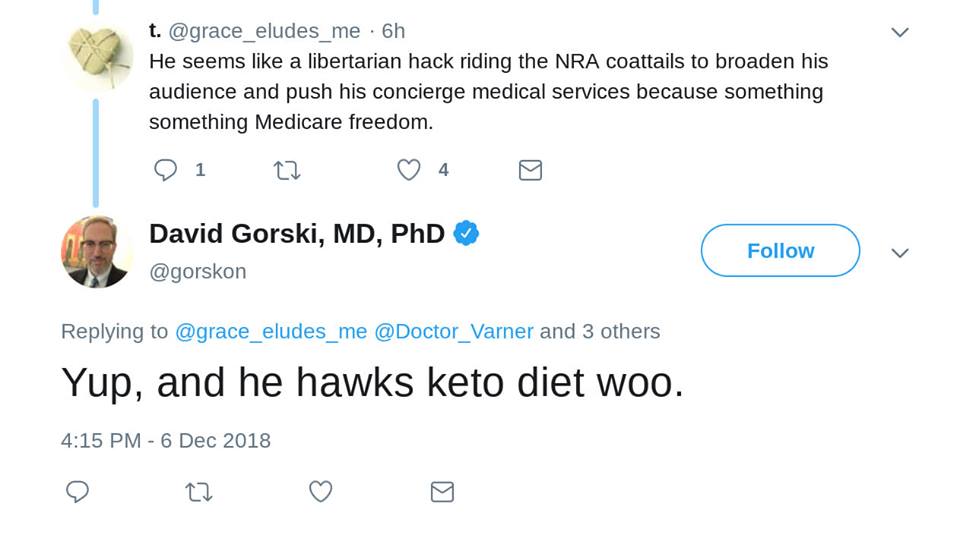 What would you do if people started a campaign to get you fired from your job? What would you do if they tried to take away your state license so you could never even work in that career again? Over the last three days, Dr. Kyle Varner has been under attack by progressives who are trying to do just that.

Dr. Varner published two op-eds this week, both of them well--written and thought-provoking. One of them explains why Alexandria Ocasio-Cortez is right about death panels in private health care companies, but wrong about the solution. There was practically no response from anyone.

In the other op-ed, published by KevinMD, Dr. Varner agrees with the NRA that doctors should stay in their own lane. The immediate response from a small clique of progressive doctors is to tar and feather him on social media. First they accuse him of not being a doctor, so they check with the American Board of Internal Medicine and find out that he is. Next, they find out where he went to college (the American University at Antigua), which they denounce as a fake or substandard college. I guess it doesn't matter that he passed the USMLE and residency, so I'll just move on.

Next, they find things they don't like, such as Varner being a gun owner, or a fan of the keto diet. Finally, these progressive doctors make their 'diagnosis': Varner is either a quack or a hack. It couldn't possibly be any other way. 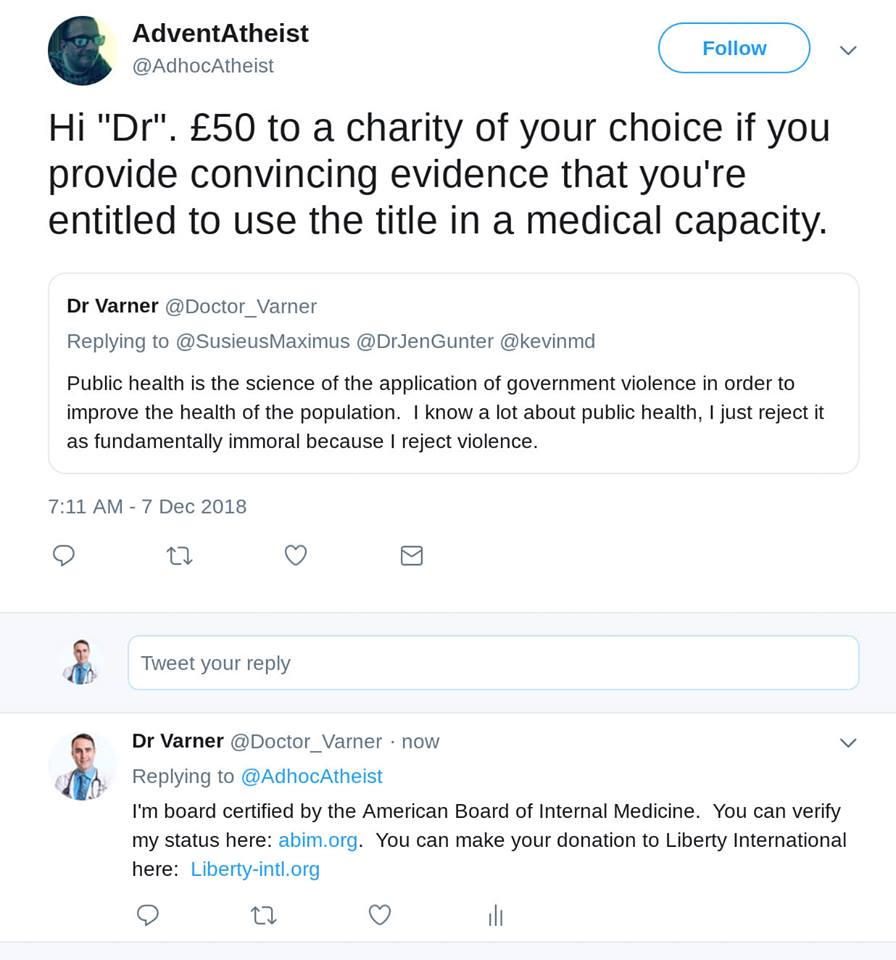 The main culprits are doctors Joseph Sakran, Carrie Sims, David Gorski, and Kyle Fischer. All three of them are self-admitted political activists, and, from the content they publish regularly on their profiles, it's obvious that they lean hard to the left. While I can respect their expertise, their diagnoses of politics and society are now tainted with a preferential bias and therefore should be taken with a grain of salt.

These doctors have a right to their opinions and, ultimately, their smear campaign against Varner is an extremely distasteful application of the First Amendment. I can live with that.

What's deeply troubling to me is how some of the progressive doctors, nurses, and health care workers who hate a doctor they didn't know a week ago, are now organizing to report Varner to various states' medical boards. The witch hunt and campaign to snitch to the government over no wrongdoing is completely unacceptable. That shows more about them than it does anything to hurt Varner. He hasn't committed any kind of malpractice whatsoever, and the medical boards are even soft on malpractice!

In an age where the Republicans are doing everything they can to keep Libertarians off the ballot, the left-wingers in medicine are inadvertently serving the Republicans' agenda. Varner actually agrees with progressives on the war on terror, the war on drugs, LGBTQ rights, and immigration. But he disagreed with them on their pet issue and must now be silenced, even at the cost of his career. 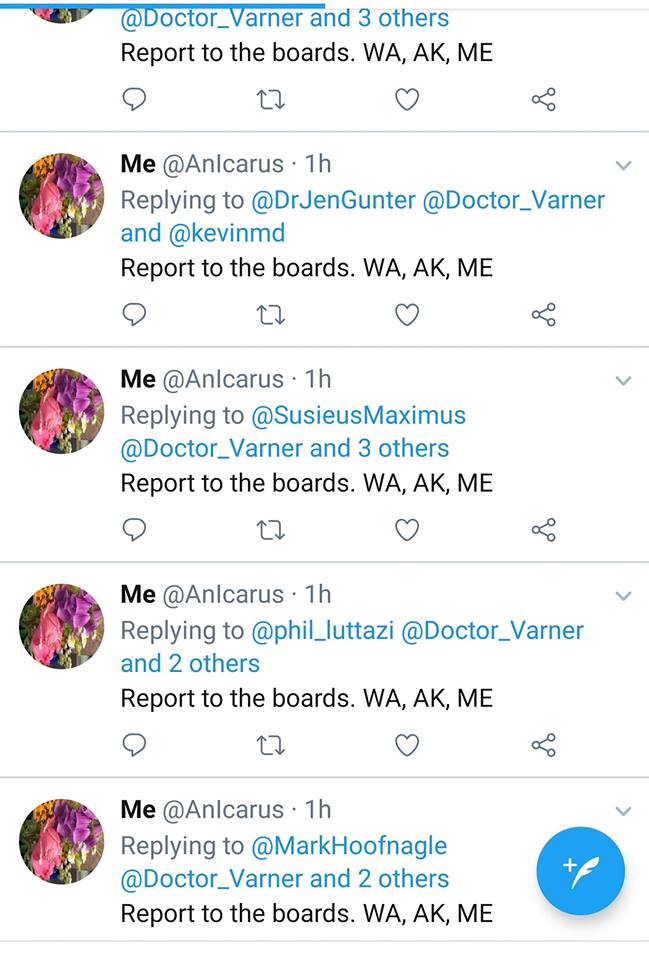 The part that makes these progressives severely ethically compromised (and just crappy people) is that they would use the government to punish thought crime. Through the state medical boards, they would suspend Varner's license, all for disagreeing with them about gun control. That's completely unacceptable.