We have fresh news and lots of inter-party political fighting happening across America, from local politics to state and federal races, to the 2020 presidential race!

Let’s start with some news from our own backyard here in Nevada. From Las Vegas, the Epoch Times wrote an article about Wayne Allyn Root’s new book, Trump Rules. They were nice enough to mention the Libertarian Party, since Root is a former LP candidate. However, we want to make it clear that Root left the LP years ago to rejoin the GOP, and that we in the LP are NOT fans of Donald Trump or his disregard for the Constitution; not the ban on bumpstocks, nor the lack of disclosure on foreign civilian casualties in our wars, and certainly not a phony state of emergency to pay for a useless Berlin-style border wall.

KARK (NBC News Arkansas) reports that the Arkansas LP is suing the [Republican-controlled] state government over a new petition law that requires the LP to almost triple its petition signatures from 10,000 to over 26,000.

“We told our legislators that they were re-establishing a standard that had been overturned in federal court back in 2006, but they passed it anyway,” says Michael Pakko, the chair of the state party. “We have clear precedent on our side.” Pakko also said, “As if to add insult to injury, they made it even more difficult by moving the deadlines. Prospective challengers to the established incumbents shouldn’t have to form parties and select candidates over a year before the general election.”

On that same subject, many thanks to the Arkansas Times for re-publishing LP Arkansas’ press release denouncing this move by the state government’s two-party duopoly. We say two-party duopoly, but it’s always been almost exclusively the GOP that goes out of its way to make our lives difficult.

From the Northeast, Sol Watchler wrote a negative op-ed in the New York Law Journal against fusion voting.  The point of the article is that third parties, which Sol calls fringe parties, should not be picking judges and other important elected officials. The author is entitled to her opinion, but we kind of wish Jeff Hewitt had run and been elected in New York State, just to give this woman nightmares.

In North Carolina, the LP is growing fast enough that we have our own primaries. Jannette Pippin of the New Bern Sun Journal put out a great article on forum-style debates between the two LP candidates running for the 3rd Congressional District. We’re pleased at the growth of the North Carolina party and that we’re building relationships with North Carolina’s press corps.

In Washington State, NBC Right Now reports that the Benton/Franklin Libertarian Party and Young Americans for Liberty “will be having a Free Speech Rally on Tuesday, April 16 from 10am-Noon at Columbia Basin College at the designated ‘Free Speech Zone.’ The purpose of the rally is to challenge the campus policies that limit free speech to a small portion of college.”

“Public universities are not private businesses,” Benton/Franklin County Libertarians Treasurer Ryan Cooper said. “People have a right to exercise free speech at CBC without prior notice and in a location outside of the so-called ‘free speech area.’” 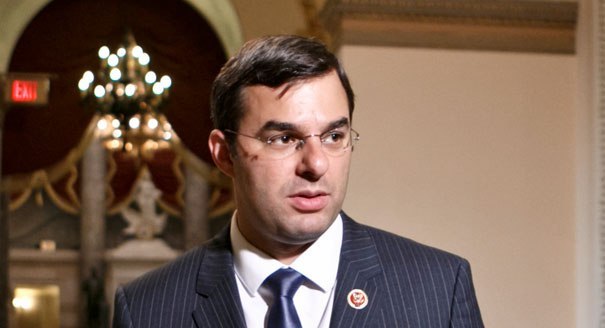 Then, of course, there’s what all big and small-L libertarians love to talk about: Who’s running for president on the LP ticket?

There are still rumors circulating that libertarian-leaning GOP Congressman Justin Amash wants to run for President in 2020 as a Libertarian. Melissa Nann Burke of the Detroit News reports, “If Republican U.S. Rep. Justin Amash decides to run for president as a Libertarian, his candidacy has the potential to upend President Donald Trump’s re-election chances in Michigan.” Frankly, we’re not sorry to read news like that. After the Lines v. McCormick (2018) kangaroo court case, it’s open season on the GOP specifically.

Daniel “Taxation is Theft” Behrman, Arvin Vohra, and several other LP presidential primary candidates had a fun and friendly debate on healthcare solutions on the popular We Are Libertarians podcast. We’re also looking forward to seeing the documentary movie This Is Vermin Supreme, about the once-again LP candidate, comedian and activist Vermin Supreme.

Some in the party have an issue with Supreme’s joke candidacy, but in reality, Supreme and his blatant mockery of the process is the only thing that will actually reach many jaded, disillusioned voters. I (ZF) watched him be swarmed by non-Libertarian fans at the Orlando, Florida hotel where the 2016 Libertarian National Convention was held. Several of them hung around to have real conversations with the less comedically inclined activists. If Supreme brings that to the table ,then he’s most welcome in the party.

Be sure to look out for the sister series, Even More LP in the News. Check out the LP Nevada blog for other news, views, and controversies. LP in the News is published every 2-3 weeks.

Image screenshotted from Wikipedia and edited for presentation on this blog post. Amash photo courtesy of Being Libertarian.