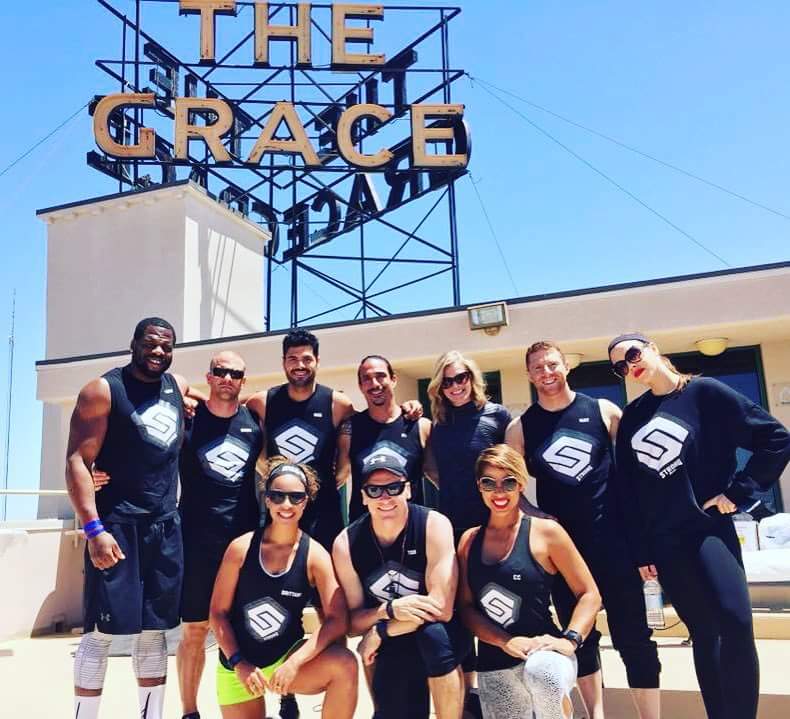 Months ago, ten women selected for a fitness reality show were whisked off to a studio property. For ten weeks they were paired off with ten of the top fitness instructors in the world. The two-person teams trained arduously, the women lost weight, and the teams competed in elimination games. Welcome to NBC’s Strong. One of the ten women featured on the reality show is Chicago’s Sarah Miller, Pennsylvania born and bred and “a fan of all things libertarian!”

When I last interviewed Sarah on behalf of the Libertarian Party of Nevada, there was less than a week left before Strong premiered on NBC’s prime time slot. The season premier was a double episode in which Sarah got an impressive amount of screen time—for libertarians and other out-of-the-box communities, it’s always fun to see “one of the team” in the spotlight.

One moment from the season premier was an argument between trainers Benny and Adam of the white team and the purple team (Sarah was on the red team). The white team got to choose the first pair of teams to face off in the elimination challenge and Adam chose Benny’s team. What happened next was a mini-blowup in which Benny almost got in Adam’s face, shouting about “I’m not putting up with this bull crap!” Next thing everyone knew, the two argued and then stormed off in separate directions. Adam was filmed coming to tears outside, wondering why Benny would blow up at him like that.

Everyone knows reality shows are commonly accepted to be fake, with much of the “drama” scripted and controlled by the producers or directors. I asked Sarah if this was the case with the shouting match between Adam and Benny. “Nope,” she said, “that was all real. I wouldn’t have believed it if I wasn’t around the whole time.” 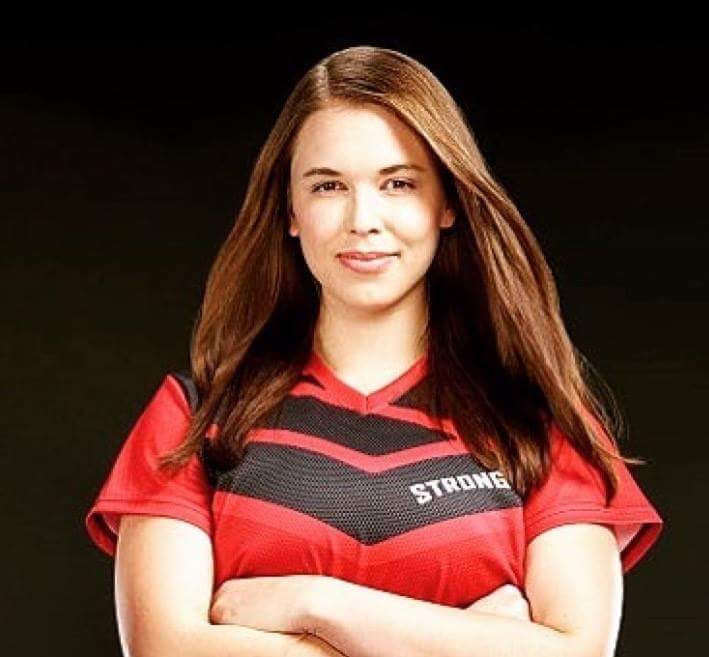 It just so happens that Adam had already talked with Benny before that scene was filmed. Adam had told Benny he intended to pick a different team for the elimination challenge. Benny, slightly carried away by the anticipation and weeks of training, started getting gung-ho. ‘I don’t see why you don’t just send us,’ he was saying, ‘we’ll go out there and take it.’ He obviously wanted that victory. Still, it caught everyone by surprise when Adam picked a totally different team than the one he’d announced earlier to his fellow contestants.

"Benny was really caught off guard and so was everybody else.” Despite the competitiveness, everyone had been living together and getting along. “Now all of a sudden it was turning into the Hunger Games.” The white team got to pick the teams competing in the second elimination challenge. There was an on-screen meeting between the white team and the red team, in which they were wheeling and dealing over what teams to send off for elimination. The two teams agreed that red team would not go to elimination yet. Not long after, the white team sent Sarah and Drew to compete.

“That was a low blow,” Sarah recalls. “That was the second time he’d gone against his word to another contestant.” There’s more to the story. Off-screen, Adam and Drew were talking and doing some more wheeling and dealing. Drew didn’t want us to work out—nobody wants to work out on the day of a challenge, for fear of being sore and tired. Adam assured Drew, ‘you can work out.’ That’s how red team got eliminated. Whether viewers think Adam was being a cheater or just being shrewd and smart, it makes for interesting television.

I had time to ask Sarah one final question: ‘how did you get on the show?’ “I took a risk,” she says. “I saw the ad on the internet, bought a plane ticket to L.A., and auditioned. Low and behold, I made it.” That plane ticket and the time spent pursuing this were an investment, and the risk was worthy it. This is part of Sarah Miller’s libertarian story, in a world where men and women choose to take risks, achieve difficult goals, and exist outside of the ordinary.

Sarah Miller’s opinions are her own and do not represent the views of NBC. NBC does not endorse political causes or candidates.

Watch Sarah's comeback this Thursday at 8pm on NBC!