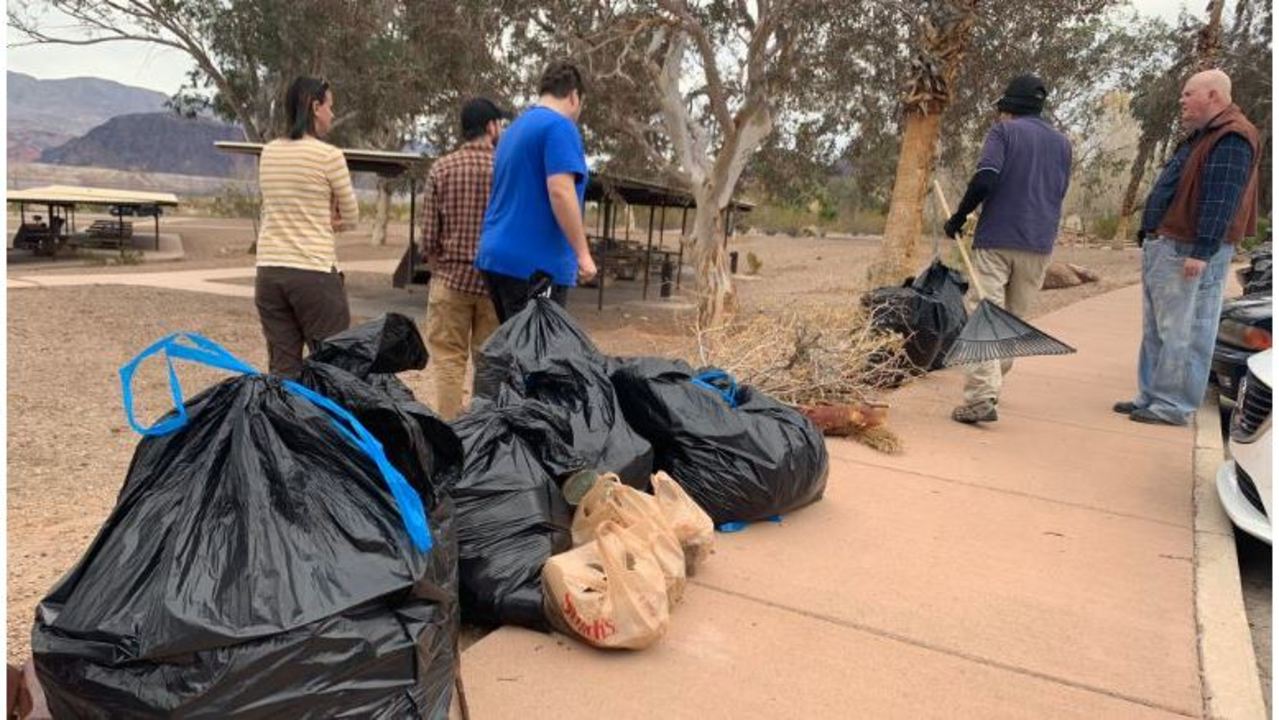 "Every other effort to clean up the national parks, from Washington, D.C., to Yosemite, has been fine," Tennessee Delta Region Libertarian Party Co-Leader Victoria Lee said to the Jackson Sun. "But when we went to Shiloh, we were told we were not allowed to clean up the park."

There's talk of presidential candidates now that 2020 is closer, and especially since former Governor and LP Vice Presidential candidate Bill Weld recently changed his party registration back to Republican. This leaves Adam Kokesh as the best organized 2020 LP candidate, while Kim Ruff, Arvin Vohra, and Daniel Behrman are out there hustling with the message of freedom.

The Washington Examiner reports that the LP is "trying to woo" former Starbucks CEO Howard Schultz. It's unclear where they got that the party is trying to court Schultz from the general response of "He has some libertarian-leaning positions and we're interested to hear more of what he says." That said, it's good for the movement and the party if major newspapers are interviewing LNC Chairman Nick Sarwark, LP California Chairwoman Mimi Robson, and Richard Winger of Ballot Access News.

The Los Angeles Times published an article about Riverside County Supervisor and LP member Jeff Hewitt, titled "Can this Riverside County Libertarian make a fringe party mainstream?" We believe that if anyone can help make that possible, Hewitt is the man. Gustavo Arrellano also interviews Mimi Robson and then confirms our strategy by writing, "Jodi Balma, a political science professor at Fullerton College, said Hewitt’s success shows that Libertarian candidates could 'build a pipeline to higher office' by first winning nonpartisan local races for school boards, city councils and other local positions."

The Arkansas Times reports on the Republican Party's ongoing commitment to free and fair elections: "The House also is scheduled to take a vote on the Senate bill to make it harder for a third political party to qualify for the election ballot with higher signature requirements. It's already hard, but the Libertarian Party has managed. It would be even harder courtesy of Republican Sen. Trent Garner, a fan of one-party government."

Alabama Today and the Opelika Observer both reported on the Libertarian Party of Alabama's new lawsuit against the State for ballot access discrimination against third parties. It seems like every year, the LP is having to sue a Republican-controlled state government for our ballot access rights. Then, when there's danger of a Democrat winning office, the GOP wants to act like they're our buddies.

The New Hampshire Union Leader announced that the libertarian Free State Project "looks to get its groove back." The Union Leader reports: “I think that the long-term project is still the same,” said Rachel Goldsmith, the FSP’s executive director. “We want to create a community in New Hampshire that acknowledges, recognizes and promotes the power of personal choice.”

On the international front, the Russian government is putting the heat on the Libertarian Party of Russia. Meduza reports:

Russia’s State Duma approved a bill in mid-December that created administrative penalties for those charged with involving minors in unsanctioned protests and rallies. Now, 18-year-old activist Ivan Luzin has become the first protester to be charged under the new law. Luzin volunteers for the national opposition politician Alexey Navalny in the city of Kaliningrad and is also a volunteer for Russia’s Libertarian Party.

In Venezuela, Interim President Juan Guaido continues to gain more international recognition. While Venezuela's Libertarians are very pleased with the solidarity they've received from the Libertarian Party, especially LP Nevada and LP Florida, they're awfully sore at Ron Paul for publishing statements in support of the Maduro regime. While we understand Dr. Paul's non-interventionist approach, allowing people to publish garbage like "Why I Hope Maduro Wins..." with his brand name on it is foolish, severely misinformed, and disrespectful to Dr. Paul's own students who have suffered under the Maduro regime.

While we also want the CIA and the US government OUT of Venezuela, our Venezuelan Libertarian brothers are adamant that Maduro is a dictator and that Guaido's ascension was a Constitutional act of the National Assembly under Article 233 of the 1999 Constitution. Like Dr. Paul said, freedom is a popular idea, and it's not unheard of for a popular uprising to occur after 20 years of Marxist government. The peaceful citizen uprising in Venezuela was not and is not a US coup, no matter how tough John Bolton acts on TV.